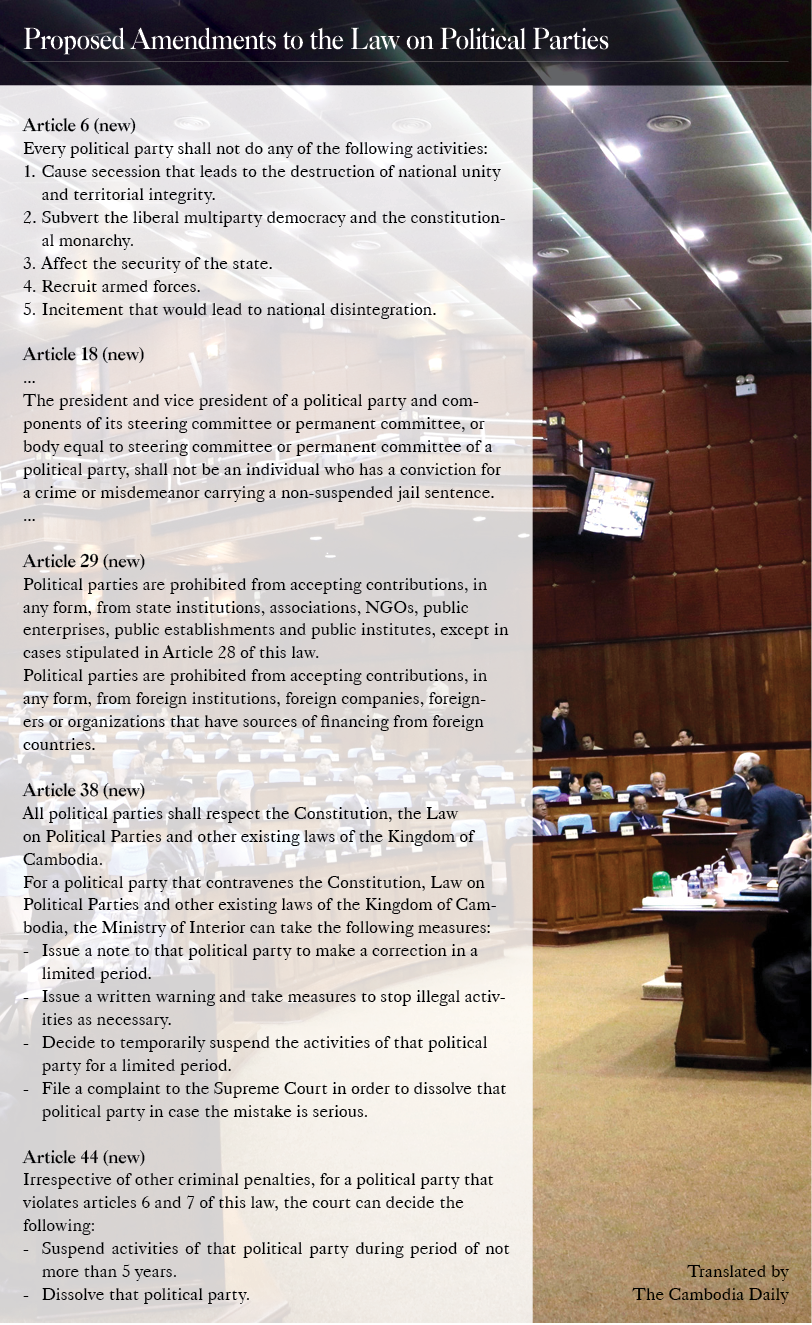 Legal amendments that have been called a death knell for democracy in Cambodia were passed by ruling party senators on Tuesday and will arrive today at the Constitutional Council, the final hurdle before being sent to King Norodom Sihamoni for approval.

The Senate approved the controversial changes to the Law on Political Parties in a plenary session vote that senators for the opposition Sam Rainsy Party (SRP) boycotted. The National Assembly passed the new rules, also despite an opposition boycott, on February 20. 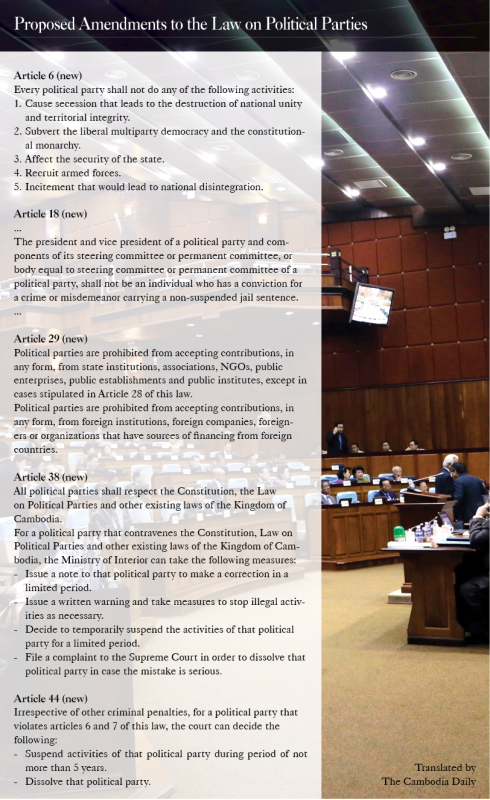 “The Senate’s plenary session reviewed and fully agreed with the whole proposed law without change,” according to a news release signed by Senate Secretary-General Oum Sarith.

In a speech announcing his plan for the new rules, which give the government and courts broad power to suspend or dissolve political parties, Prime Minister Hun Sen said they were aimed at stripping former opposition leader Sam Rainsy of his political rights.

Senate spokesman Mam Bun Neang said the Senate would send the proposed amendment to the Constitutional Council, which is also stacked with CPP loyalists, today for a final vote before it is forwarded to the king.

He said concerns about the rules were misplaced.

“Please don’t worry,” he said. “This law was amended in order to implement it only against the bad people who commit mistakes or violate the law.”

“It does not mean we created the law to break the nation or foment war like you think,” he added.

Teav Vannol, the SRP’s acting president, said the opposition was “extremely disappointed” that the law cleared the Senate.