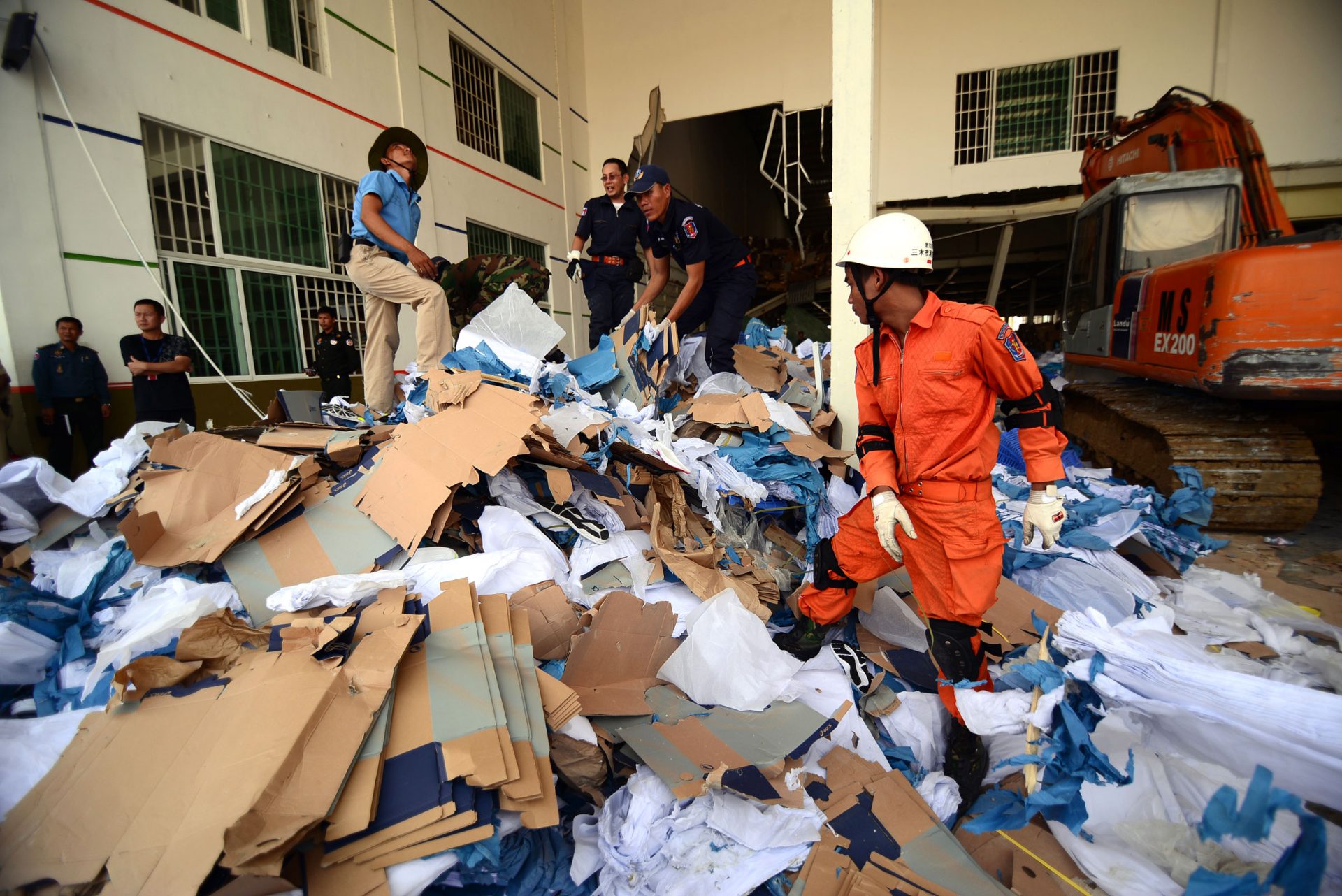 The workers were killed as they entered the building to start their shift at the Taiwanese-owned factory.

“Two died, a male and a female worker, and six are in critical condition,” said Kong Pisei district governor Ma Savath. “My authorities are still trying to save the victims trapped inside.”

According to Mr. Savath, the factory collapse occurred at around 7:20 a.m. at the Wing Star Shoes Co. Ltd., a Taiwanese-owned factory located in Maha Russei commune. He said that more than 2,000 workers are employed in the factory complex, which consists of several buildings.

Ken Loo, secretary general of the Garment Manufacturers Association in Cambodia (GMAC), said he was on site at the scene of the collapse, and confirmed that the factory was a member of his organization.

Cheam Thoern Vuthy, deputy district governor, said the collapse occurred because of the weight of the shoeboxes stored in large quantities on the floor above where the workers entered the factory.

“The factory keeps the shoes in boxes and it’s very heavy,” Mr. Thoern Vuthy said. “There are still some people trapped underneath the goods.”

“We are appalled by the loss of life. It’s unacceptable that workers are risking their lives when they go to work,” Ms. Tucker said. “This is not commonplace in Cambodia, but I think there needs to be more attention by all stakeholders, including the public and civil society in the countries where the brands are placing orders for their products.”