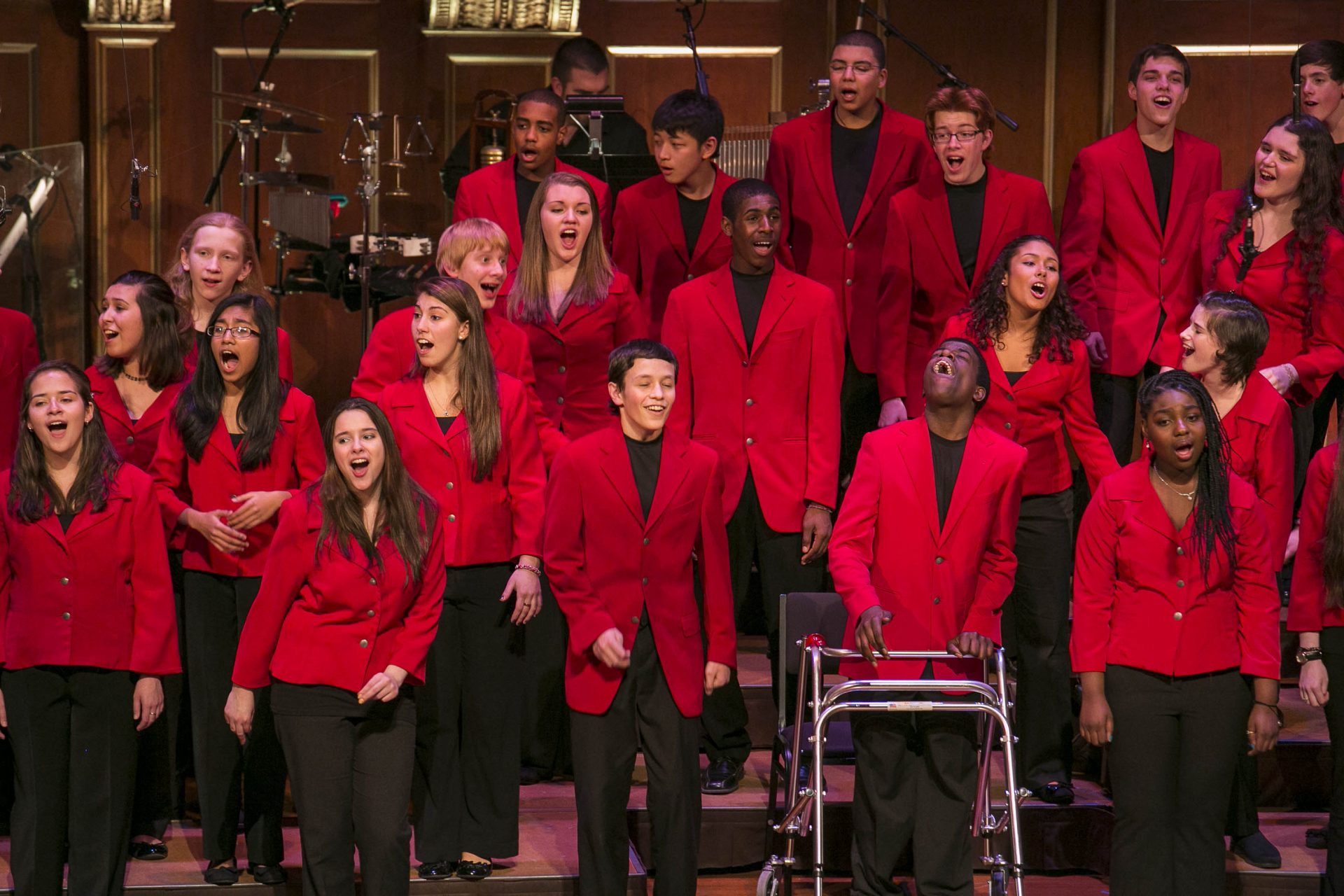 When renowned composer Him Sophy first set foot in Moscow to study composition in the 1980s, he had to refrain from writing pieces for the traditional Khmer musical instruments he was used to.

“What I started to compose [in Moscow], it was still my own language, but using only Western instruments,” said Mr. Sophy, who was born into a family of musicians.

Mr. Sophy said that he now mixes both Western and Cambodian elements to compose pieces for string quartets as well as operas.

This coming week, his compositions will be showcased, along with other Cambodian musical pieces, at the Cambodian-American Friendship Concerts, which aim to celebrate the ties between the two countries—ahead of the U.S. Independence Day on July 4—by performing both Cambodian and American music in Phnom Penh.

The Boston Children’s Chorus (BCC) and the New York New Music Ensemble (NYNME) have both spent weeks practicing Cambodian songs and compositions by Him Sophy as well as other renowned composers, such as Chinary Ung and Sam Ang-Sam.

“There was a gentleman who survived the Khmer Rouge regime and now lives [in Boston]. He helped us with the pronunciation… It’s a beautiful song,” said Mr. Hires, whose group will perform at the Intercontinental Hotel on July 2.

Having performed a concert to celebrate the 70th birthday of Cambodian composer Chinary Ung during the Season of Cambodia Festival in New York in April, the NYNME has experience with Cambodian music, however, works by Him Sophy, for example, were new to the contemporary group.

“We’ve been practicing for quite a while, and intensely for the past weeks,” NYNME’s flutist and executive director, Jayn Rosenfeld, said.

“We’ve been planning [this trip] for a year,” she said adding that although only five musicians were traveling from New York to Phnom Penh, the group had to buy a total of six plane tickets.

“The Cello is so big, we had to buy an extra plane ticket for it,” Ms. Rosenfeld laughed.

Watching Cambodian musicians perform during the Season of Cambodia has helped NYNME better understand the pieces, in which, for example, flutes and violins are used to imitate traditional Khmer instruments.

“On the flute or the clarion, I think it sounds beautiful,” she said, adding that Asian composers often struggled broaching the gap between their traditional backgrounds and the influence of Western culture.

“I think it’s hard for Asian composers to find out which way they shall go: towards their own music, which is more historical, or towards Western music…. I think the answer is to try to mix it…. It can be wonderful,” she said.

For composers like Him Sophy, mixing both has made it possible to see his pieces performed worldwide by international musicians.

“My family all played traditional instruments, and I studied European and other Western music. But when I compose, my memories from Cambodia inspire me,” Mr. Sophy said.

BCC will perform July 2, NYNME July 3. Both concerts are being held at the Intercontinental Hotel, admission is $10 in advance and $15 at the door and will benefit local NGO Cambodia Living Arts.