In May, Him Huy, a former guard at S-21—where more than 15,000 people are thought to have been sent to their deaths—told the court that staff were shown a gruesome video of Vietnamese prisoners being executed and disemboweled to celebrate the anniversary of the overthrow of the Lon Nol regime.

When Kaing Guek Eav, better known by the revolutionary alias Duch, was asked about the video on Thursday, he accused Him Huy of fabricating the story.

“Allow me to say this, Your Honor, Him Huy spoke about the film. However, that was an invention by him,” said Duch, who is testifying in the current phase of Case 002 against Khmer Rouge second-in-command Nuon Chea and the regime’s head of state, Khieu Samphan.

Duch said Mr. Huy’s claims were unreliable, pointing to another alleged fabrication the former guard made in an interview with filmmaker Rithy Panh.

“He [told] Rithy Panh that I killed people with a metal bar from an ox cart, and that’s not possible, so his testimony is rather confusing and inventive,” he said.

Duch—who in 2010 became the first Khmer Rouge official to be found guilty of crimes committed during the Pol Pot regime—also dismissed the testimony of former interrogator Lach Mean, claiming that the man who appeared before the court in April was not the person he knew by that name at the prison.

“I want to say the person who claims to be Lach Mean…was an invention…not the real Lach Mean who worked at S-21,” he said.

In the afternoon, Victor Koppe, a defense lawyer for Nuon Chea, began his cross-examination of Duch by asking the former prison chief about an excerpt from Philip Short’s book, “Pol Pot: The History of a Nightmare,” in which the author states that some torture techniques used at S-21 were inspired by French tactics employed in Vietnam.

Duch denied taking inspiration from the French, instead citing Chinese movies and the ancient Chinese judge Bao Gong, who was renowned for his honesty and severity.

“I was educated…based on the principles of Bao Gong,” he said. “His judgment was based on evidence.”

“Another Chinese movie that motivated me was a Chinese counterspy movie, and I actually observed what happened in the movie and relayed similar instructions to my lower subordinates,” he said. “I [also] had my own principles based on my own observations, and I put them into practice.” 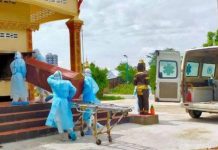 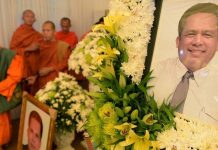 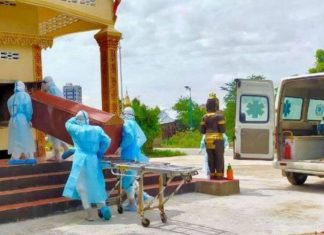 How Anti-Archive, a young set of filmmakers, is changing the face...

Verdicts Expected for Russian Accused of Sex Abuse of 18 Girls