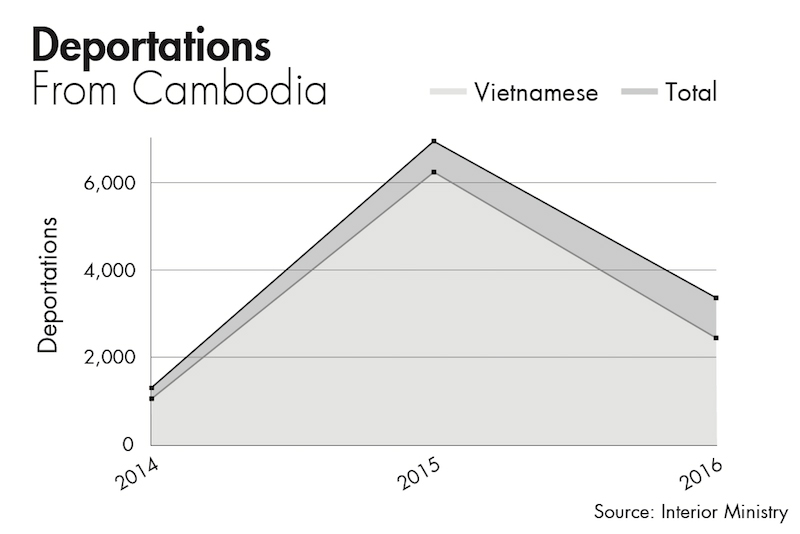 The number of foreigners deported from Cambodia fell by more than half last year in what officials said was a sign of tightening border security with Vietnam. Keo Vanthan, deputy director of the Interior Ministry’s general department of immigration, said 3,376 foreigners were deported last year, compared to 6,978 in 2015 and 1,307 in 2014. 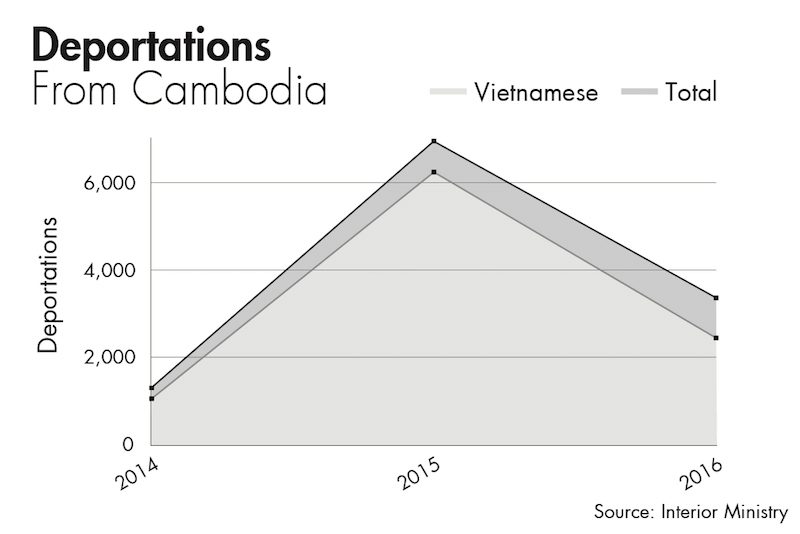 The decrease was led by the deportations of Vietnamese nationals: 2,453 were sent back to Vietnam last year, compared to 6,265 in 2015—when the government announced a nationwide sweep of illegal foreigners—and 1,059 in 2014.

“The authorities have prevented them from crossing the border illegally,” he said. “Foreigners are scared of our authorities’ crackdown.” Uk Heisela, director of investigations at the immigration department, agreed: “The reason the number of foreigners who were deported from Cambodia decreased is because in 2015 we had just started to crack down on a large scale.”