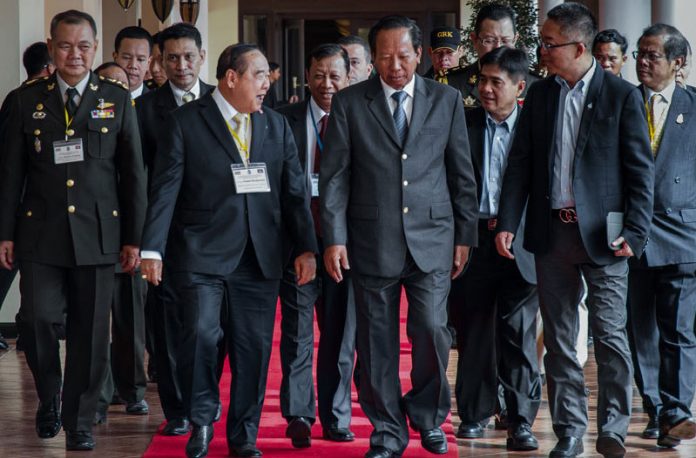 Thailand’s Defense Minister said Wednesday that his government has apologized for the fatal shooting earlier this month of a 55-year-old Cambodian woman who was foraging for food along Oddar Meanchey province’s border with Thailand.

Thai soldiers shot Phan Chem in the head on December 9 on the Thai side of the border while she was collecting wild tubers and mushrooms with two of her daughters. Shortly after the shooting, the Ministry of Foreign Affairs sent a letter to the Thai Embassy in Phnom Penh condemning the soldiers’ “barbarian acts.”

“Thailand does not intentionally shoot Cambodian people, but there is confusion and we need to work together to resolve these issues,” General Wongsuwan said through a translator.

“For this issue, Thailand has already apologized and paid compensation” to the family, he added.

Chin Chak, the husband of Phan Chem, said Wednesday that Thai officials gave him 2 million riel, or about $500.

“This compensation is not enough for my wife’s life,” he said.

Defense Minister Tea Banh said the countries were trying to reduce shootings along the border.

“It does not happen every day,” he said. “We have been working together to reduce these accidents.”

Srey Naren, the Oddar Meanchey provincial coordinator for rights group Adhoc, said that Thai soldiers have killed eight Cambodians along the province’s border this year. Ministry of Foreign Affairs spokesman Koy Kuong, however, said a total of five Cambodians have been killed by Thai soldiers in 2014.