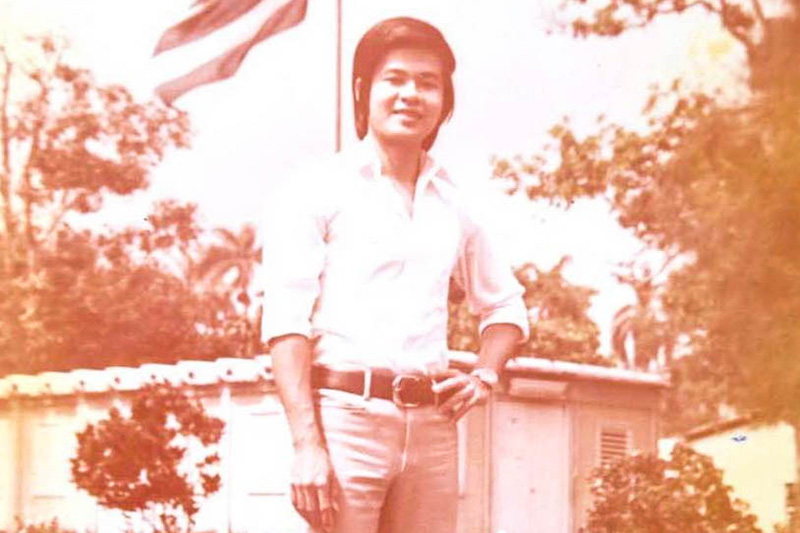 It’s been more than 20 years since Ouk Reth returned to Cambodia from Cuba, but upon hearing about the death of Fidel Castro late last month, the heart surgeon’s thoughts returned to his days as a student in Havana.

“I will join the mourning for Castro,” Dr. Reth said on the Saturday morning after the revolutionary’s death, “as it was he who allowed me to be educated so well.”

Interviewed at his cramped office at the Khmer-Soviet Friendship Hospital, Dr. Reth said that he felt deep sorrow upon reading of Castro’s death, although he never met the Cuban president, who was buried late on Sunday.

Cuba started to offer scholarships to Khmer students in the years after the end of the war, said Hean Sokhphal, a Cuban-educated dentist at the University of Health Sciences in Phnom Penh. The first Cambodians arrived in 1981.

In the years since, more than 120 Cambodian students have graduated from Cuban universities, according to the Cuban Embassy in Phnom Penh. Cuba still gives out one or two scholarships every year, said Keo Sakal, deputy director of scholarship relations at the Education Ministry.

Most of the scholars, given Cuba’s well-known health care, train as doctors or dentists. “They learn very good skills there,” he said.

Dr. Reth and Dr. Sokhphal both went to Cuba on scholarships in 1982. There was a shortage of airplanes back then, Dr. Reth said, so he spent two months in Moscow first. Too late for the start of the term, he wandered Havana learning Spanish before beginning his seven years of coursework.

Cuba was a surprise, Dr. Reth said, partly because of how he had been living for the previous five years in Svay Rieng province.

“We’d just gotten out of the Pol Pot regime,” he said. “They had white shirts and shoes, buses through towns. They had schools, tall buildings, electricity.”

Dr. Reth was almost 30 when he arrived in Havana. There were frequent shortages of food, he said, but having lived through the Khmer Rouge era, he didn’t really notice.

“They had their usual parties and singing on their holidays,” he said. “They ate red rice—Spanish rice. They had parties where they roasted pigs. They ate them just with onion and salt and lime—not MSG, like we do here.”

More than the food or the relative wealth, however, Dr. Sokhphal and Dr. Reth recalled the difficulty of their studies, and how seriously Cubans took their education, especially when compared to Cambodia.

“They educate people from a very young age,” Dr. Reth said. “In our rural areas, people aren’t so educated. There they teach them from the very youngest age.”

“The people there who had intelligence and energy—they supported them,” Dr. Sokhphal said. “The state gave enough to its people. It encouraged them.”

Cambodian education, by comparison, rewards things other than intelligence, a bitter lesson for the children of poorer parents, Dr. Sokhphal said.

“Even if I say that my students are wrong—they say they aren’t!” he said. “The students here—if there is a task they must finish, and they don’t finish it, they still move up!”

Dr. Reth agreed. In Cuba, he said, “if you learned well, you could move up. If you didn’t learn, you didn’t pass.”

Though they were foreign-educated, neither of the doctors took prestigious jobs upon their return. For Dr. Reth, it was a matter of ideals. He missed the philosophy of Cuba, he said, and how the clinics didn’t lack doctors and midwives didn’t charge for delivering babies.

The electricity had cut out in his small office as he gestured around him. “I work here because a lot of people come here. A lot are poor,” he said. “I come from the poor and I help the poor.”

Dr. Sokhphal said that he remembered Cuba in quieter ways. He mostly misses Cuba’s clean streets, Havana’s well-lit boulevards and the people’s respect for the law.

“Castro managed Cuba very well for Cubans,” Dr. Reth said. “But he would not be able to manage Cambodia.”