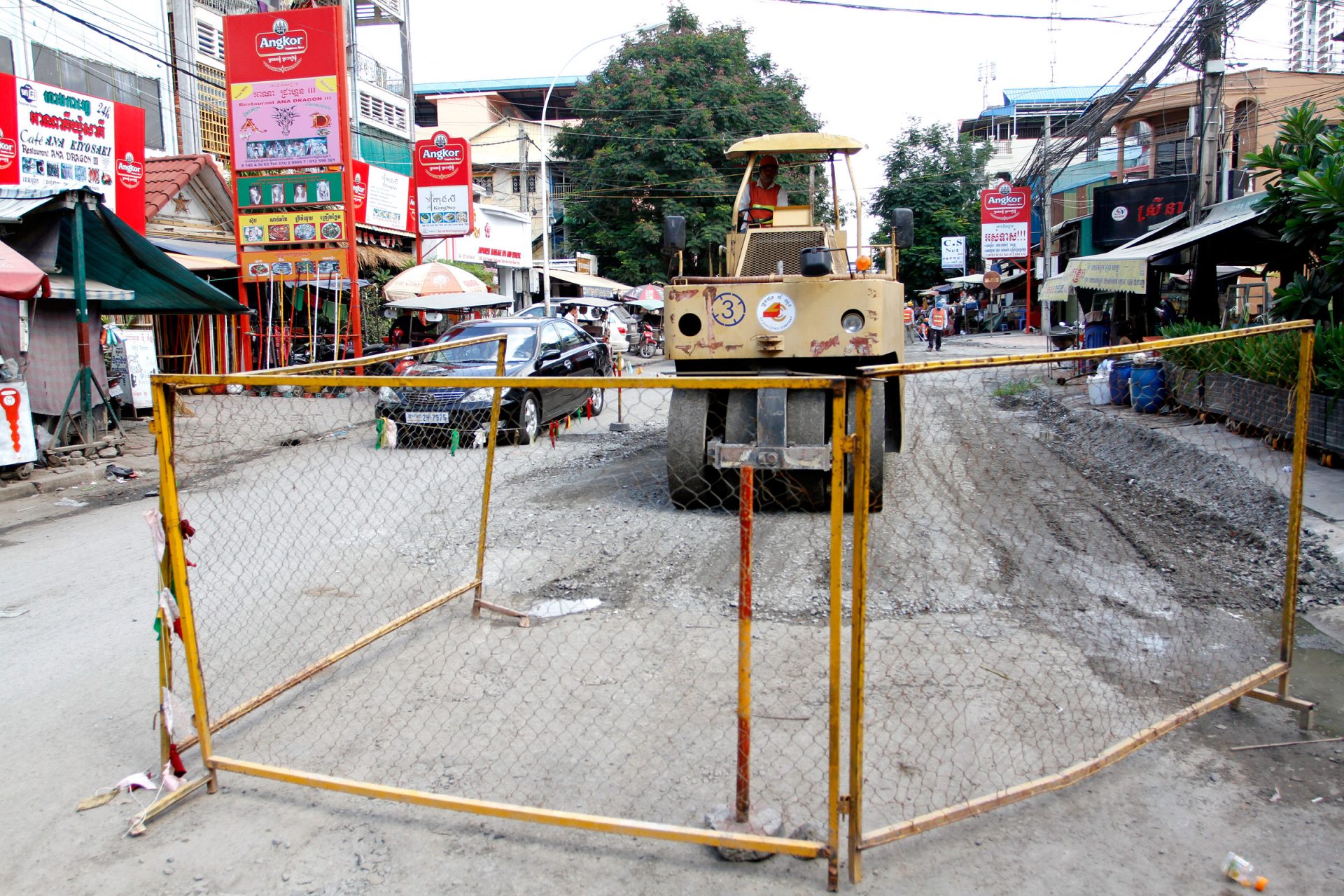 Workers with heavy machinery began repairing Phnom Penh’s busy Street 63 on Thursday in order to get rid of the potholes and cracked concrete that has turned the street into a divot-ridden, water-logged throughway since new pipes were laid six months ago.

The Japanese International Cooperation Agency (JICA), the drainage project’s donor, ripped up the street last year in order to implement a project aimed at reducing flooding in the capital. But the road has not since been properly resurfaced, with JICA and City Hall at odds over who is responsible for the work.

But hard at work on Street 63 on Thursday, laborers and steamrollers for the Ly Chhuong Construction company could be seen fixing the section of street between Sihanouk Boulevard and Street 178.

Standing beside a steamroller at the new worksite Thursday morning, a project manager from Ly Chhuong said that work had begun in line with a plan set up by Japanese company Sumitomo Construction Company, which holds the contract to implement the drainage project and subcontracted Ly Chhuong.

“The street is being fixed according to the schedule that we got from the Sumitomo Company, and we just follow their plan,” said Touch Vanna, adding that work would go on for a couple of weeks.

Seng Solady, program officer for JICA’s public relations section, said that all parties in the drainage project had held a meeting on Saturday in order to push forward with the plan to fix the road.

JICA would be “very happy if the problem could be cleared as quickly as possible,” Ms. Solady said, adding that she believed work had commenced on the road not only as a result of Saturday’s meeting, but because recent articles in the media had highlighted the problem.

Hun Sarith, general manager of Aqua Boutique Guest House on Street 63 near the corner of Street 240, said he was relieved the road was being repaired because it had been bad for business.

“With the election coming up on July 28, the government can see in the newspapers the problems that people want fixed, and they will get more votes along Street 63 if they fix the road before then,” Mr. Sarith said.