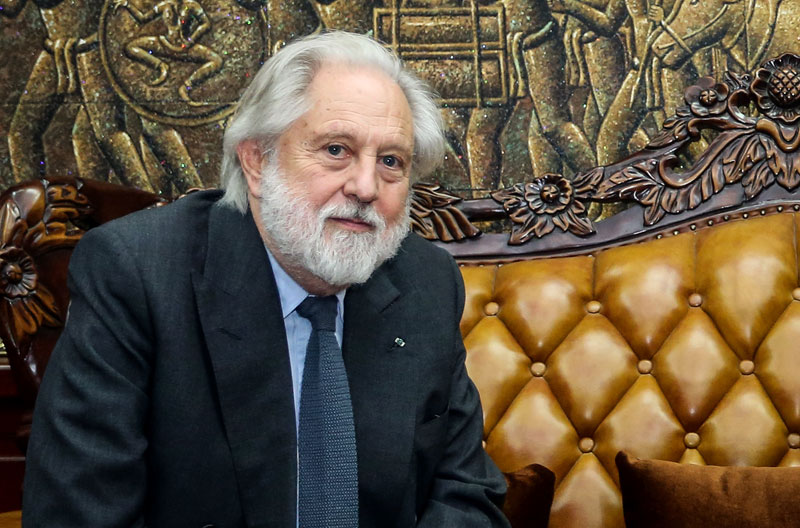 Coca-Cola and David Puttnam, the producer of the 1984 film “The Killing Fields,” have been recruited by the government to help shift the world’s image of Cambodia away from land mines and corruption and toward one of a booming economy and easy business, the commerce minister said Thursday.

Speaking at a conference on the country’s outlook in the lead-up to the Asean Economic Community (AEC) at the end of this year, Sun Chanthol said Cambodia has suffered from an international image tarnished by unscrupulous business practices.

“The way that we conduct our business before cannot and will not survive when Cambodia becomes a member of the AEC,” Mr. Chanthol said at a seminar entitled “Re-branding Cambodia: Positioning for AEC 2015.”

“You’ve got to play by the rules. You cannot cheat your partners, your foreign partners,” he continued.

“If one company comes to the country…and has a bad experience, can you imagine what is the negative impact on Cambodia, [and] its image? They go out and talk to the people and say: ‘Don’t come to Cambodia, these people cheat us, they lie to us, they cheat us.’ That’s not good.”

Yet the commerce minister said the government was doing everything it could to promote the positive aspects of Cambodia to an international audience.

“What we can do to help is by inviting experts to come and help us to brand Cambodia. We started with Lord Puttnam, David Puttnam, he is the producer of the movie ‘The Killing Fields,’” Mr. Chanthol said.

“I requested his support to     help brand Cambodia. He came through—with two big companies: Ogilvy and Brand Union, coming to educate our people how to brand our products and how to brand the country as a whole,” he said.

“Next, in two weeks, on March 27, we’re going to have a branding seminar…with the participation of the vice president of Coca-Cola, to talk about branding, how they brand Coca-Cola around the world, and at the same time how we can brand Cambodia as a whole,” he said.

Asked on the sidelines of the event what kind of help would be provided by Coca-Cola and the advertising firms recruited by Mr. Puttnam, who currently serves as the U.K.’s trade envoy to Cambodia, Mr. Chanthol said only that he would seek to learn how Coca-Cola built a successful global brand.

“They will explain to us how Coca-Cola brands itself, meaning how it makes everyone in more than 100 countries know Coca-Cola. We will learn from them how to make Cambodia well-known for its good aspects,” he said.

In December 2013, Coca-Cola became the first company to sign a symbolic deal with the Anti-Corruption Unit pledging “not to participate in acts of corruption or bribery.” Sixteen other companies have since signed on.

Reached by telephone after Thursday’s event, Paul Popelier, head of the Coca-Cola Company in Cambodia, declined to comment on the new arrangement to help the Cambodian government rebrand, saying he was sick.

Mr. Puttnam, whose 1984 film helped publicize the plight of post-Pol Pot Cambodia around the world, courted controversy last year when he warned journalists not to become “another arm of the opposition” and praised the CPP government for its efforts to stamp out corruption.

He brought with him representatives of Brand Union and Ogilvy & Mathers—two advertising firms owned by British multinational WPP—during another trip in October, according to the British Chamber of Commerce.

At the seminar Thursday, David Marshall, head of corporate and institutional banking at ANZ Royal, told the panel that Cambodia’s brand had been damaged by years of repeatedly dismal standings on global business indexes.

In October, the World Bank ranked Cambodia 184 out of 189 countries surveyed for ease of “starting a business” and 178 out of 189 for “enforcing contracts,” while Transparency International’s latest Corruption Perceptions Index ranked the country 156 out of 175 countries.

Mr. Marshall said such figures were often the first thing multinational firms looked at when considering entering a new country, leaving Cambodia at a disadvantage.

“If you think about how they get a perspective on Cambodia…business indexes, corruption indexes, infrastructure indexes, all these things are part of the perception a multinational will have before they come here,” Mr. Marshall said.

“We are ranked very low on these scales. The reality is that I think most of us who are multinational businesses here find Cambodia very, very easy to do business. There are issues, but in general, it is a friendly business environment,” he said.

“The right story is not being told because of all those negative indicators they are looking at.”

Prominent government adviser Sok Siphana, who chaired Thursday’s seminar, opened proceedings by noting that, for some people, Cambodia’s image was still one of Khmer Rouge rebels and unexploded land mines.

“AEC is not going to be a walk in the park. Image and perception matter, and unfortunately the image of Cambodia is not pretty,” Mr. Siphana said, going on to recount a recent speech on investing in Cambodia that he delivered in Bangkok.

“It came to questions from the floor, and one man said ‘I am so afraid of land mines in Cambodia,’” he said. “Our own neighbor! This task is not going to be easy.”

Mr. Chanthol said a visit to Cambodia from U.S. first lady Michelle Obama later this month should be exploited as part of the country’s efforts to ditch its old image.

“My colleague said ‘Cambodia land mines,’” Mr. Chanthol said. “The first lady, Michelle Obama, will be in Siem Reap on the 20th of March to the 22nd. This is a golden opportunity for Cambodia to showcase Cambodia. A lot of world press will travel with her.”

“We should capitalize on that. If Cambodia is safe for the first lady of the U.S. to visit, I think it’s safe to visit Cambodia.”