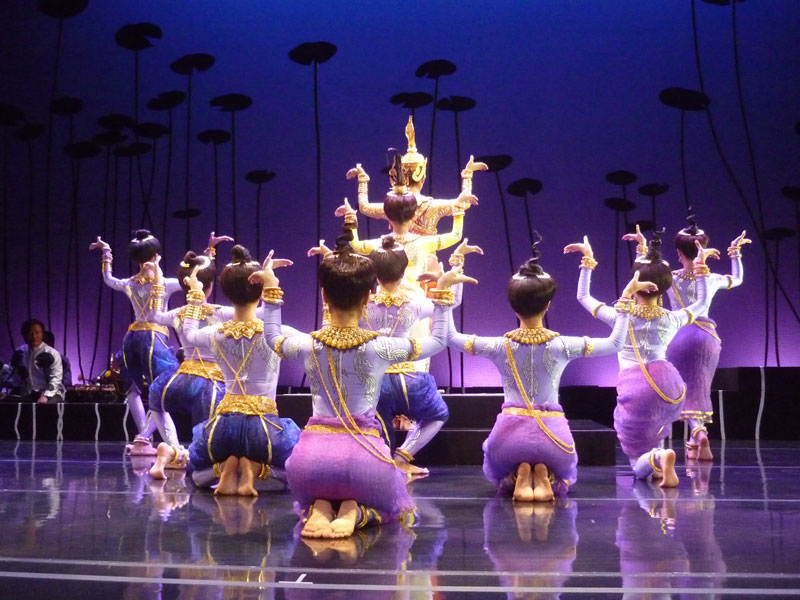 The story behind the Khmer classical ballet “The Lives of Giants,” whose Cambodian premiere will be staged on Thursday at Chaktomuk Hall in Phnom Penh, began when choreographer Sophiline Cheam Shapiro was beginning to process what she had gone through during the Pol Pot regime.

Not yet 8 years old when the Khmer Rouge forcibly evacuated Phnom Penh in April 1975, she vividly recalls how some countryside people were treating those who used to live in cities and large towns—and whom the regime viewed as the enemy.

“Beside the paranoia that the Khmer Rouge inspired, making people feel that everyone was against them, there was very strong tension between the local people and us: the newcomers…from the city,” Ms. Cheam Shapiro said Friday.

“They discriminated against us, making us feel we were lazy, did not work hard enough.”

Decades later, having been part of the first generation of Khmer classical dancers to be trained after the fall of the Pol Pot regime, Ms. Cheam Shapiro—who lived in Los Angeles for some years before returning to Phnom Penh—started to recall those Khmer Rouge years.

Looking for ways to send a message about discrimination—but also compassion—through Khmer classical dance, she turned to the first episode of the Reamker, Cambodia’s version of the Indian epic tale Ramayana.

This led to the creation of her ballet “The Lives of Giants.” First staged in the U.S. in 2010, this choreography for Khmer classical dance featuring 13 dancers, six traditional musicians and a singer will be presented for the first time in Cambodia March 12 through 15.

In the story, the giant who guards the door of heaven’s temple is mistreated by gods and goddesses. After asking for help he is given magic powers in his index finger, which he uses to punish his tormentors. The female deity Uma tries to remedy the situation by urging forgiveness and mutual respect, managing in the process to get the giant killed.

Devastated by this tragic outcome, Uma asks everyone to put down their weapons.

In the final scene of the ballet, all deities and the spirit of the giant assemble, Ms. Cheam Shapiro said, “to celebrate Uma’s wisdom and teaching: the teaching of compassion.”

“I twisted the story a little bit, as in the original story, the woman character was not playing a leading role [and in order to show] how women’s action can contribute to peace in the universe,” she said.