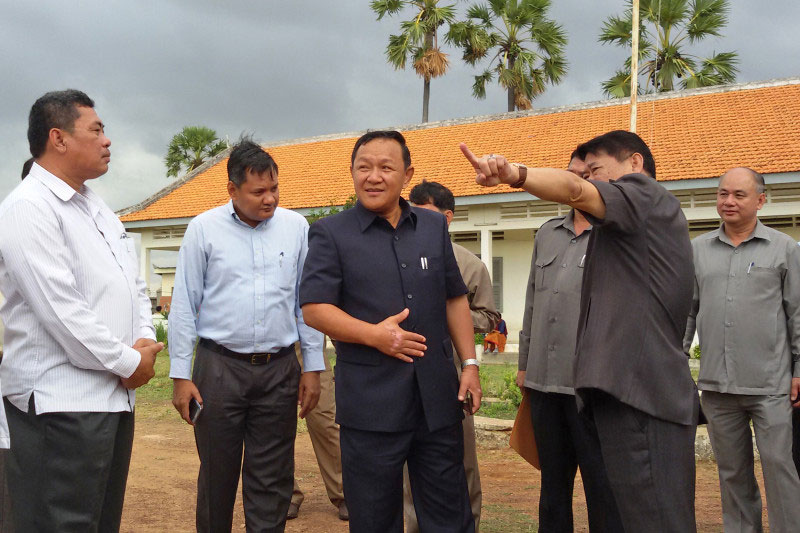 On a walkthrough visit of Phnom Penh’s Prey Speu social affairs center on Friday, municipal governor Pa Socheatvong pledged to send 10 new caretakers to work at the center, which has been the subject of claims of serious abuse at the hands of staff.

The center, which was rebranded as the Pur Senchey Vocational Training Center following years of reported abuse, has come under the microscope again recently after scores of vagrants were taken from the city streets and dumped there in June.

“This center is not a place for them to live for a long time, however, we need to ensure suitable living conditions,” Mr. Socheatvong said. “I will add 10 male staff to work here.”

According to Sorn Sophal, director of the municipal social affairs department, Prey Speu currently has six permanent staff, 72 long-term residents and 60 people who have been taken from the streets and placed there by the municipality.

A cook, an administrator and four monitors are currently charged with taking care of the residents, many of whom suffer from mental problems, drug addictions or simply a lack of alternative living arrangements.

Mr. Socheatvong said the center should have a doctor and medical supplies, but refused to answer questions from a reporter regarding the makeup of the 10 new staff. Long Dimanche, spokesman for the municipality, also declined to comment on the pledge.

It remains unclear how much freedom people have to leave Prey Speu, which often employs a single guard and regularly sees detainees climb over the fence and make away.

Van Ngat, acting director of the center, said yesterday that 46 of those recently rounded up remained at Prey Speu of their own volition. Those who have a permanent address or relatives to come and pick them up, he said, are free to leave.

According to Mr. Dimanche, 75 NGOs met with City Hall on Wednesday to discuss suitable ways to reintegrate vagrants into mainstream society. The government has previously gone through a similar process after being criticized on the issue, but shown little follow through.

And past partnerships between City Hall and NGOs to work on training and reintegrating the city’s homeless have failed due to a deep divide over how to deal with the issue.

Following the meeting Wednesday, a statement from Mr. Socheat­vong asked NGOs to find long-term solutions to the problem. However, Sebastien Marot, executive director of the NGO Friends International, which works with marginalized youth, said a quick fix is not possible.

“The problem we are facing is that the municipality wants us to ensure that children don’t return to the streets,” Mr. Marot said.

“That is their objective,” he said. “But that is not how we operate. Our objective is social reintegration. Our doors are open for people to come in but we we are not a prison, so the doors are also open for them to leave.”

US joins protests over arrest of Cambodian labor leader

They Were Surrogates. Now They Must Raise the Children.