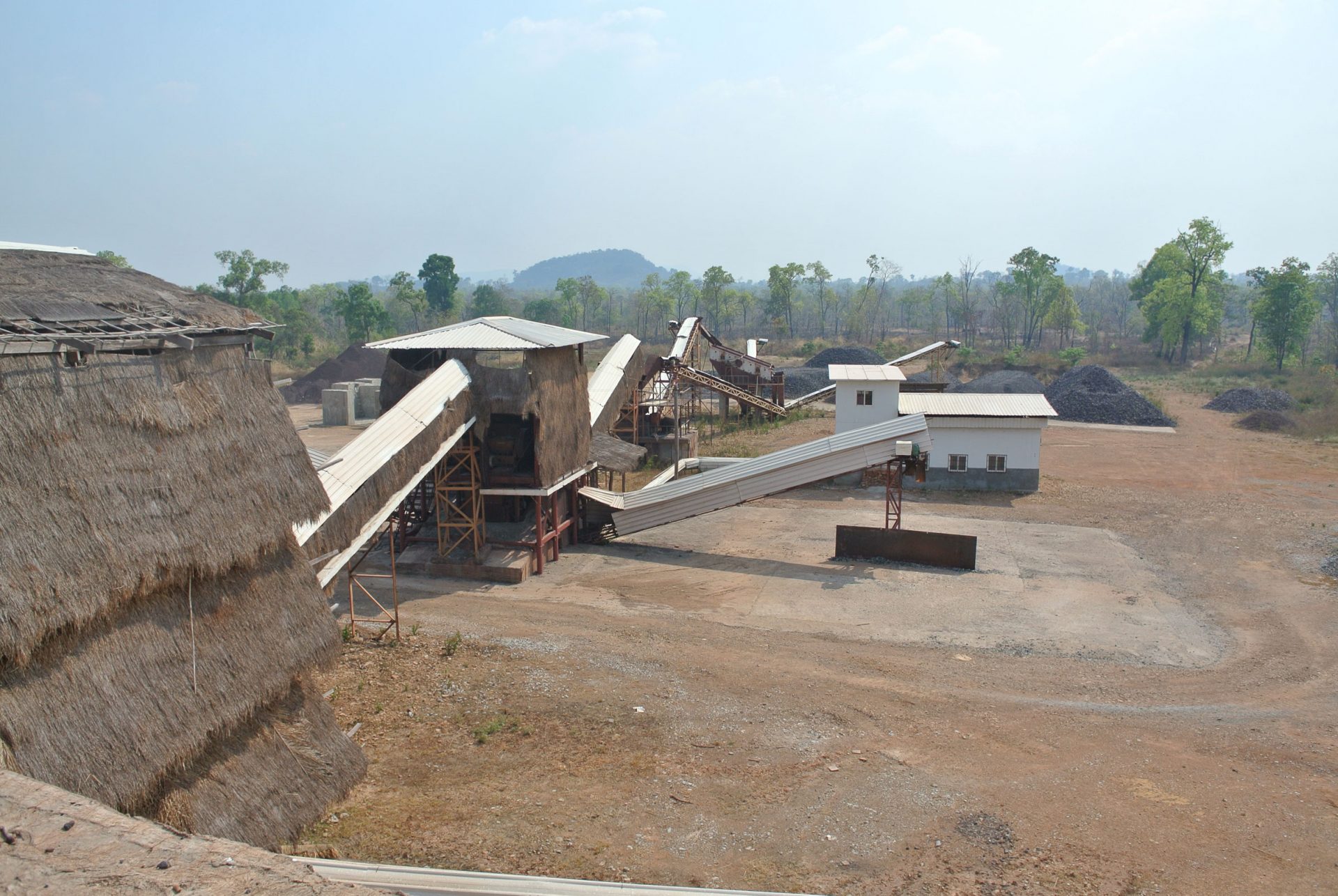 ROVIENG DISTRICT, Preah Vihear province – The residents of this sleepy district, on the edge of the Boeng Per Wildlife Sanctuary, grow rice, cassava and cashew nuts. But in a few short years, Chinese investors envisage that Rovieng will be rapidly transformed into an industrial town.

The key to this proposed burst of development lies beneath the locals’ feet, and is hinted at by clues from an ancient past.

“Before, we just saw the heavy rocks, heavy and dark,” said Kheang Sochea, a representative of the local Kuy ethnic minority that has sporadically made money from artisanal mining for gold in recent years.

“When we did small-scale mining for gold, we would see the rocks, but we just used them to guide us to where the gold was.”

Those dark rocks, rich in iron ore, are where the real treasure lies now.

Recent discoveries of pre-Angkorian smelters in the province point to a long forgotten hub of iron production. And the Kuy, who live alongside the Khmer population in Rovieng, are believed to have historically specialized in iron works. It is well known that there is iron in the ground in Preah Vihear, but getting at it has proved difficult. This landlocked province lacks major road and river links to transport minerals, leading some prospectors to conclude that the iron in the ground will remain a trapped resource.

Not easily discouraged, however, the Chinese appear to have the solution: a 404-kilometer railway connecting a yet-to-be-built smelter in Rovieng district with a brand-new seaport in Koh Kong province.

The mega project, with a combined $11.2 billion price tag, was announced in December.

The plans are still vague and officials say they know little about the project. What is known is that the company behind the proposal, Cambodia Iron and Steel Mining Industry Group, or CISMIG, has a government license to explore a large chunk, about 130,000 hectares, of Rovieng for iron ore. CISMIG has already signed agreements with two state-owned Chinese companies to construct the rail and port elements of the ambitious project. And the company’s chairman has told Chinese media that Rovieng will soon become a “steel town,” in which some 50,000 people will be employed in mining and processing iron ore.

CISMIG has a compound full of trucks and excavators in the district town, and has donated hundreds of thousands of dollars toward a new office for Prime Minister Hun Sen’s ruling Cambodian People’s Party in the district, which gleams in stark contrast to the run-down district administration office across the street.

Ben Davis, who has worked in Rovieng for the Adventist Development and Relief Agency since 2002, said the presence of Chinese mining firms in the area was not new.

“The Chinese started coming here about 2004 to do initial surveying. It has been a long time, with a lot of false starts.”

He said Chinese firms were also exploring in neighboring districts and throughout Preah Vihear, and would probably need a number of iron ore mines to justify the massive multi-billion-dollar railway and port project.

“I can’t imagine there is enough in Rovieng alone to justify [the investment],” Mr. Davis said.

In total, 20 companies hold mining licenses in the province, but only five are currently active, according to Kong Makara, director of the provincial mines and energy department. Five of the granted exploration licenses are located in Rovieng, including the two extraction licenses, he said.

One of the extraction licenses is held by Malaysian-Chinese gold miner Delcom. In 2010, the company, with support of local authorities, forcibly evicted more than 800 mostly Kuy villagers who had flocked to a mountain in Romony commune after gold was discovered.

Mr. Sochea, the local Kuy representative, said that Delcom still operates under the protection of local armed forces, and villagers are prevented access to forests long considered part of their community land. An application to gain a community land title for the Kuy in the area is currently awaiting government approval, he said.

The other extraction license belongs to the China’s Guangxi Nonferrous Metals Group, which has a $22 million plan, approved in March 2011 by the Council for the Development of Cambodia, to build a steel mill in the area.

Nhien Lom, 59, a resident of Ruosroan commune, near the company’s operation, said last week that mining activity had been going on each dry season in the area since 2006.

“Sometimes we hear explosions from TNT, and rocks fall from the sky,” he said.

In September, according to Mr. Lom, four local families tried to build houses on land that the community considers its own farmland.

“The company and district governor destroyed them,” he told reporters on a visit last week, pointing to piles of debris inside the firm’s makeshift boundary fence. Sai Deth, district police chief, denied that the authorities were involved.

The provincial mining director, Mr. Makara said that work had slowed almost to a standstill at the Guangxi Nonferrous Metals Group compound, but that he was not sure why.

“I asked the local staff they said one [reason] is money and the other one is the company tried to change…their working plan,” Mr. Makara said, adding that the company’s extraction license covering 1,600 hectares, was granted in 2011.

Mr. Makara also said that a shortage of electricity in the district, which at present is supplied from neighboring Laos, meant he had doubts about the feasibility of having two smelters—the Guangxi Nonferrous Metals Group’s under construction plant and the one in CISMIG’s plans.

“There are only some resources, like electricity, water, it’s difficult in Cambodia, that’s why I don’t think they can build two plants,” he said, concluding that the two Chinese companies would probably find some way of working together.

Inside the compound of the Guangxi Nonferrous Metals’ site, just beyond the remains of the destroyed homes and a compound of white, prefabricated buildings, trucks and excavators, there is a clearing cut out of the rock. In that clearing the foundations have been laid for a smelting plant. But last week only buffaloes wallowed in the muddy water of the foundation craters. All activity appeared to be stalled, and stockpiles of iron ore have built up.

Mr. Makara said that although negotiations on the railway project were conducted at a higher level of government authority, he believed Rovieng would be “a steel town by 2014, 2015.”

The Kuy community representative, Mr. Sochea, said he is concerned that locals will not benefit from the changes. So far, locals have been kept in the dark about the proposed railway and mining plans for their area. And past experience leads Mr. Sochea to believe that locals will see minimal benefit in the future.

On a nearby economic land concession held by local firm Try Pheap, where the clearing of thousands of hectares of forest to set up a rubber plantation is underway, the employees were brought from elsewhere in the country. A whole new town is being constructed just over the border in Kompong Thom province to house the migrant workers for the plantation, many of whom are originally from southern provinces, Mr. Sochea said.

And the foreign mining firms have also brought in their own workers, particularly experts from China, he said.

“When companies first come, they declare they will hire a few thousand people, but no one from around here gets hired,” he said.