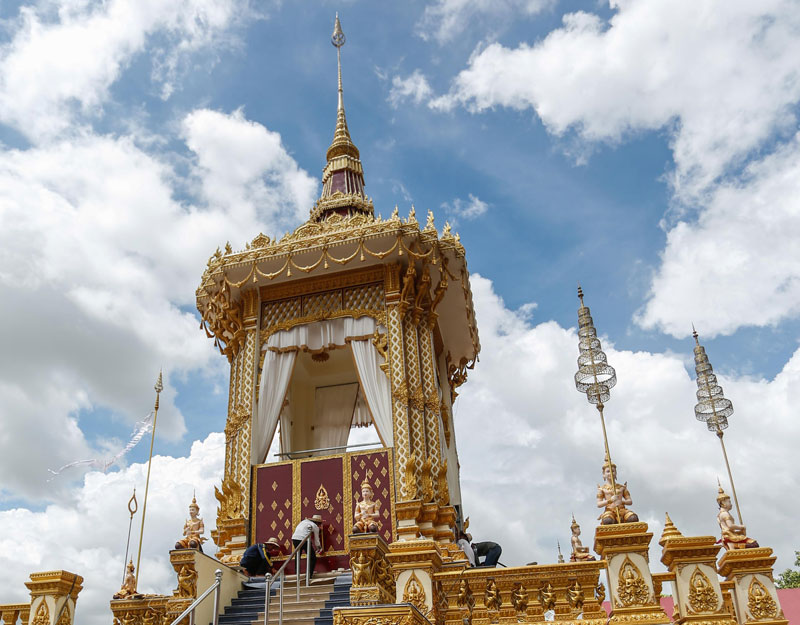 More than 30,000 people are expected to turn out for CPP President Chea Sim’s funeral procession in Phnom Penh on Friday, with security around the city to be ramped up accordingly, a festival official said Wednesday.

Chea Sim, who was the deputy leader of the Vietnamese-backed front organized to overthrow Pol Pot in 1979 and a dominant figure in Cambodian politics in the 1980s and 1990s, died June 8 at the age of 82.

The government has chosen Friday as the official day of mourning for the late leader, decreeing that flags be flown at third-mast and that television stations suspend entertaining coverage to respect the scheduled funeral procession.

Chhin Ketana, chairman of the National Committee for Organizing National and International Festivals, said that many groups—including monks, scouts, nuns and state employees—would be on hand to pay their respects to Chea Sim.

“We expect 30,000 people, including students and civil servants, who will stand along the streets,” Mr. Ketana said. “It could be more than this number, as there will be 37 different groups joining in the procession.”

“There will be the procession and a cremation ceremony in front of Wat Botum, with the participation of the king and all top government leaders and foreign delegates, and the 30,000 people,” Mr. Dimanche said.

He added that security along Phnom Penh’s streets during the procession and ceremony would be tight, due to the presence of government officials and diplomats, and that soldiers would be in the procession.

National Military Police spokesman Eng Hy said officers from his force would be deployed around Wat Botum park today in preparation for Friday’s procession and ceremony.

“We have organized the forces for the ceremony from the 18th to the 20th. We have forces stationed at the location and for direct intervention in case anything happens,” he said.

According to City Hall, Friday’s procession will begin at 6 a.m. on Street 462 and wind along roads including Norodom and Sothearos boulevards before reaching Wat Botum for the cremation ceremony at midday.

A directive issued from the office of Prime Minister Hun Sen on Tuesday gives all civil servants and members of the armed forces a day-off to allow them the chance to pay their respects to Chea Sim.