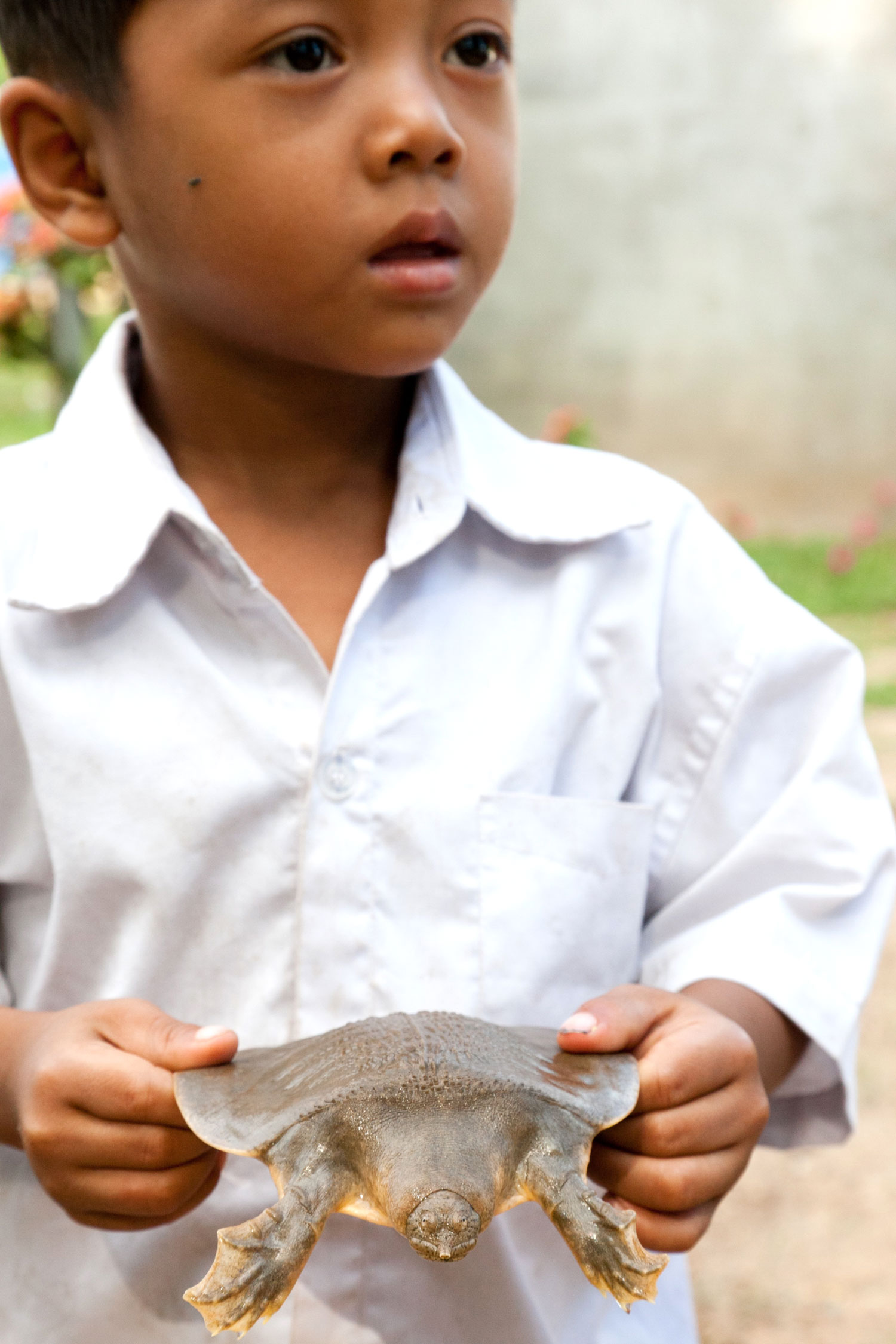 A 16-kg turtle and about 100 hatchlings were released into the Mekong River on Friday to mark the second anniversary of the opening of the Mekong Turtle Conservation Center (MTCC) in Kratie province, spokesperson Yoeung Sun said.

“We held a ceremony with the monks at 100 pillar pagoda and blessed the turtles before releasing them, “ Mr. Sun said, adding that the hatchlings were only 3 months old.

Usually, hatchlings would be raised at the MTCC until they are between 10 to 12 months old and big enough to protect themselves from most natural enemies in the Mekong.

Snakes and fish eat little hatchlings, and the hunt for their meat and eggs by humans has almost led to the extinction of the Cantor Soft-Shell Turtle, Mr. Sun said.

Over the past two years, however, the MTCC has tried to conserve the world’s last known viable population in a special protected zone in the Mekong River, and has tried to raise awareness among the local community not to eat or sell the turtles.

“Humans are a big threat to the turtles, because they catch them for food and for medicine and ex­port them to other countries,” Mr. Sun said, adding that one kg of turtle meat would fetch about $10. “It’s popular because people think it [turtle] will make you powerful,” he said.

Buddhist monks from 100 pillar pagoda, where the MTCC is located, blessed the turtles and marked them on Friday, hoping that this would make hunters refrain from killing or selling the species.

More than 4,000 hatchlings have been released into the river over the past few years, a vital contribution to the current population, Mr. Sun said.

“It’s hard to track and monitor them, but we believe that most of them made it,” he said.