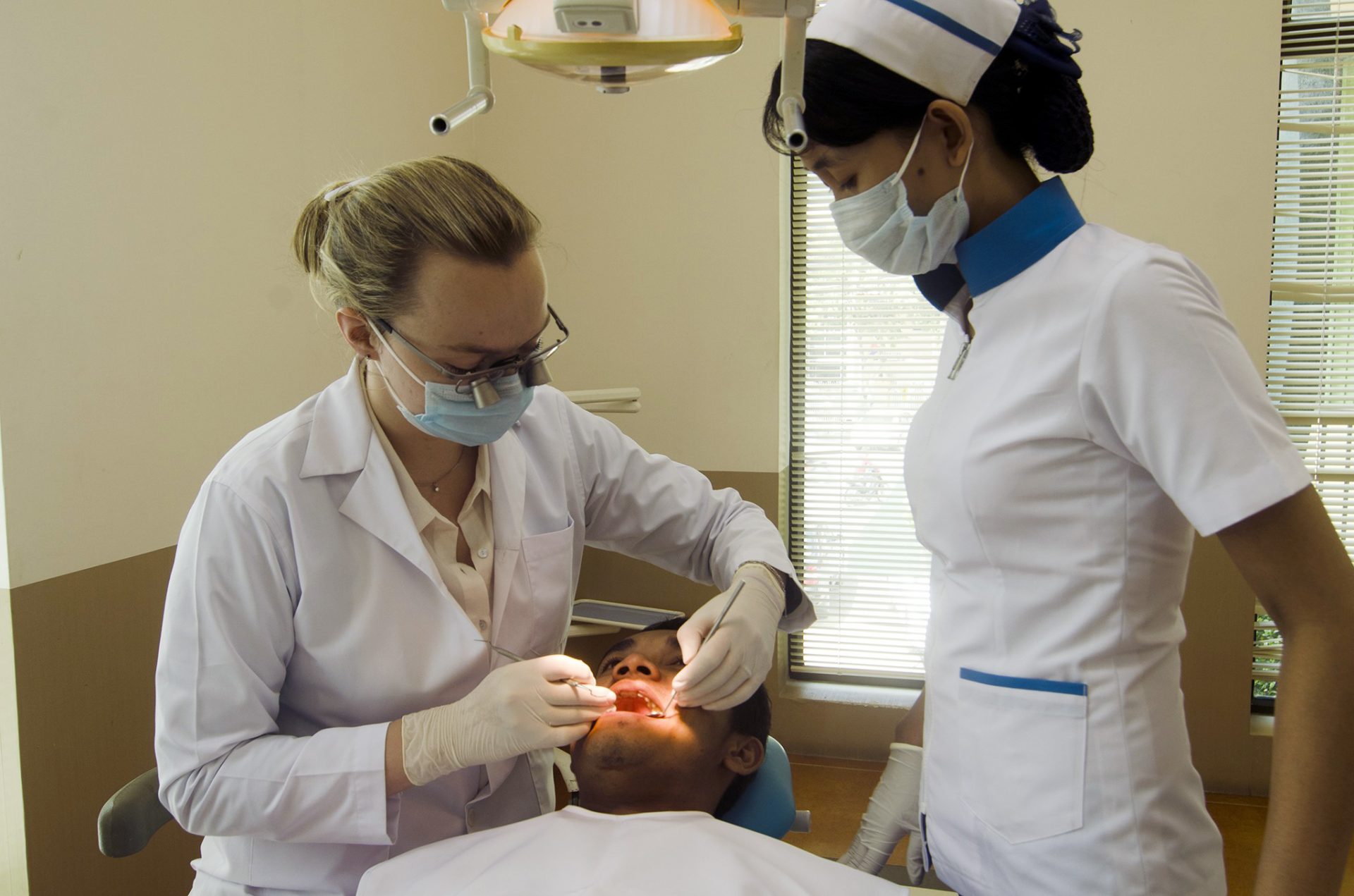 When Lyndall Reed travels back to Adelaide, Australia, next month, she will have saved thousands of dollars during her holiday in Phnom Penh. Ms. Reed has decided to get four titanium implants with crowns at a Phnom Penh dental clinic, spending about $10,000, instead of going to an Australian dentist where the same treatment would have cost $20,000.

Like Ms. Reed, hundreds of medical tourists from all over the world are increasingly coming to Cambodia to seek safe and professional yet inexpensive dental care.

“Together with the cost of two return airfares, it should…come in at less than half the cost,” Ms. Reed said in an email, adding that it was a two-part treatment that gave her the chance to visit for a total of 17 days.

Like most dental tourists, Ms. Reed was advised to seek dental care here by a family member. Experts say that dentists at some clinics, especially privately-run ones, are on the same level and use the same equipment as in developed countries.

Treatment is at least half of what international patients would spend at home, Dr. Tith Hongyeou, director of Roomchang Dental and Aesthetic Hospital, said recently.

“Here, it’s about $2,000 for an implant for one single tooth. In other countries, like America or Australia, it costs between $4,000 to $8,000, and with the money people save, they add a holiday in Cambodia,” Dr. Tith said on the sidelines of an event at the Sofitel Phnom Penh Phokeetra, where he explained the advantages of implants over bridges to about 300 potential patients.

At Roomchang, one of the country’s leading dental clinics, 40 percent of patients are foreigners living in Cambodia. But in the past four years, Dr. Tith said that he has observed a slow but steady increase in dental tourists.

“At the moment, we have about 20 per month,” compared to only two or three a couple of years ago, he said, adding that most of the patients spend thousands of dollars as they seek major reconstructive treatments that often involve surgery.

Pachem Dental clinic, which has branches in Phnom Penh and Siem Reap, is also seeing increasing profits from dental tourists.

“About 30 percent of our customers are foreigners, and now, we estimate that half of them are just tourists,” equaling about 120 tourists per month, said Keuk Nary, the clinic’s chief executive officer.

Most of the tourists, Ms. Nary said, came to the strategically located branch in Siem Reap City, a prime tourist destination which sees 1.5 million tourists visit the Angkor Archaeological Park per year.

“It’s a big source of income because they come here and get a lot done, crowns and implants and especially cosmetic surgery” like teeth-whitening, Ms. Nary said.

To further enhance their reputation, Pachem has recently hired a Dutch dentist to support their team.

“The market requires it—it’s the mindset of our foreign customers, they feel more comfortable with a foreigner,” Ms. Nary said of Dr. Evelien Hoedemaker, who holds a degree from Groeningen University and started to work for Pachem last month.

“We believe we will get more [dental tourists] with her,” Ms. Nary said.

And as more and more tourists flock to Cambodia to relax on white sand beaches and explore the country’s ancient temples, Roomchang proclaims on its website that their international patients can get the same treatment as in the U.S. while the money they save can be spent on an exotic vacation.

Trips to luxurious hotels in Sihanoukville or elephant rides in Mondolkiri can be arranged by the clinic—airport transfers and hotel reservations with corporate rates are included.

The quality of dental care in Cambodia has also led to a decrease in Cambodians traveling abroad to seek treatment, although the practice is still wide-spread when it comes to general health.

“The people who can afford it go Vietnam, Thailand, Singapore or even America [for general health]. For dentists, they stay in Cambodia, because the quality is good,” said Dr. Sin Somuny, executive director of Medicam, an umbrella group of health NGOs.

After the Khmer Rouge regime—which wiped out nearly all of Cambodia’s intellectuals and professionals-—good doctors had either fled or were killed,  and with no potential teachers, the country’s health care was stuck for decades, Dr. Somuny explained.

Slowly, standards are improving, and dentistry is one of the first health sectors in the country with clinics that operate to international standards.

“Dentistry is less complicated than cardiovascular disease or kidney disease,” which means fewer years of study and lower risks as a practitioner, Dr. Somuny said.

Roomchang and Pachem are hoping to entice more and more tourists to their clinics.

“We have to raise more awareness, that if people come here for oral health, you can include a holiday and still save money” Chhum Seiha, chief administrator at Pachem, said.

Capital A to launch AirAsia Cambodia as it resumes growth

Thailand’s apparel imports from Cambodia may rebound after steep fall