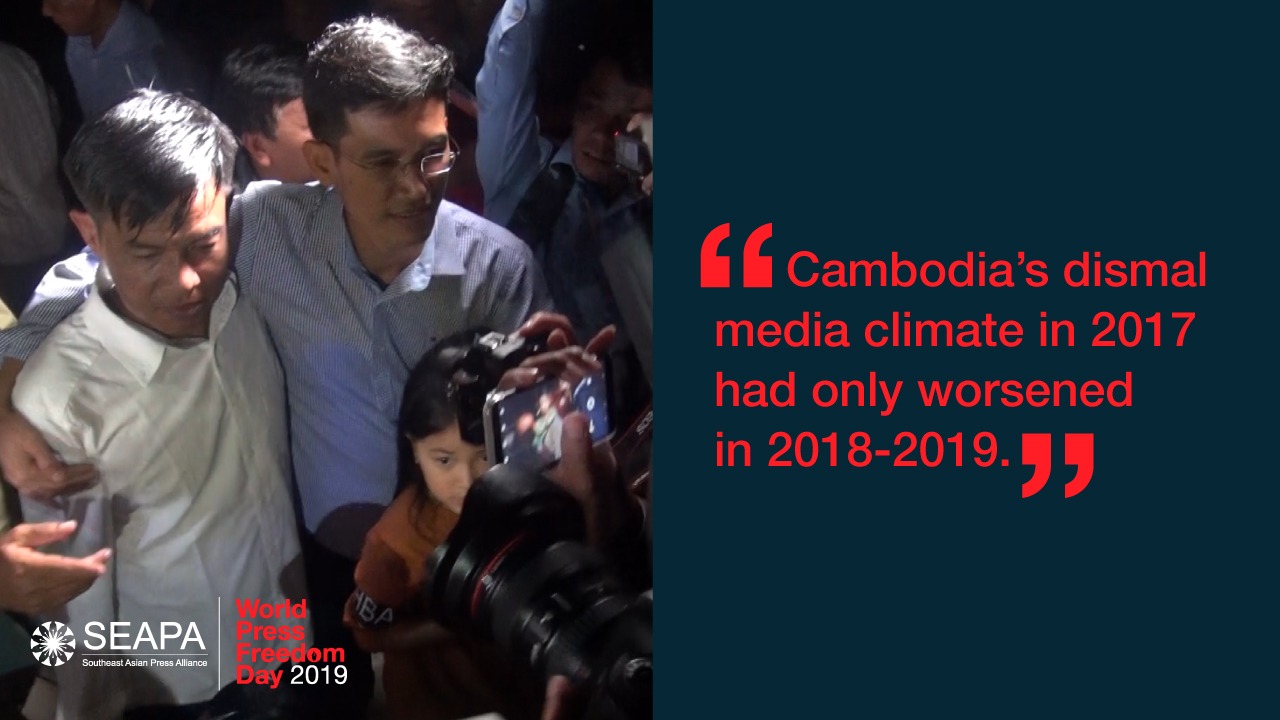 May 7, 2019
by Southeast Asia Press Alliance

In 2018 and early 2019, media freedom and the right to free expression came under sustained pressure in the Kingdom of Cambodia. In the past year, the Royal Government of Cambodia adopted several pieces of new legislation that restrict the right to free expression. These new laws have had a chilling effect on the exercise of freedom of expression and media freedom in Cambodia in 2018-2019. Following a trend that began in 2017, there has also been a surge in criminal charges brought against individuals for critical commentary via social media. The sanctioning and closure of many prominent media outlets in 2017 and 2018 have also significantly altered the media landscape and have dealt a nearly fatal blow to media freedom in Cambodia.

Cambodia’s Constitution includes Article 31 that states: “The Kingdom of Cambodia recognizes and respects human rights as enshrined in the United Nations Charter, the Universal Declaration of Human Rights, and all the treaties and conventions related to human rights, women’s rights, and children’s rights.” This includes the International Covenant on Civil and Political Rights (ICCPR), which guarantees freedom of expression under Article 19, as it states, “Everyone shall have the right to hold opinions without interference.” It also says, “Everyone shall have the right to freedom of expression.” Cambodia’s Constitutional Council interpreted Article 31 to mean that the provisions of the ICCPR are directly applicable in domestic law. Article 41 of the Constitution guarantees freedom of expression and press freedom as well.

Previous articleCambodia: Free Press on the Run
Next articleHoliday prisoner pardons to be considered in Cambodia