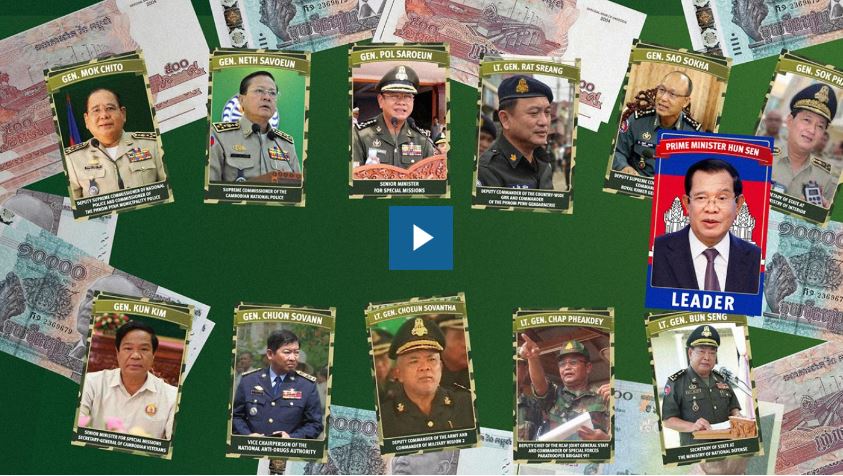 Cambodia’s increasingly dictatorial, one-party rule is underpinned by generals in the security forces who are responsible for serious and systematic human rights violations, Human Rights Watch said today as it issued the Khmer-language version of its 284-page report, “Cambodia’s Dirty Dozen: A Long History of Rights Abuses by Hun Sen’s Generals.” Human Rights Watch also released a video showing some of the unexplained wealth of these generals and their family members.

Since the release of the English-language report in 2018, Prime Minister Hun Sen and the ruling Cambodian People’s Party (CPP) have continued to benefit from the unquestioning support of senior officials in the army, gendarmerie, and police to effectively eliminate all political opponents and dissolve the main opposition party, rendering the July 2018 national elections meaningless. Cambodia now has more than 50 political prisoners and dozens of others facing charges.

The report spotlights 12 senior security officers who form the backbone of an abusive and authoritarian political regime. Since 2018, three of the 12 have been promoted and one has died.