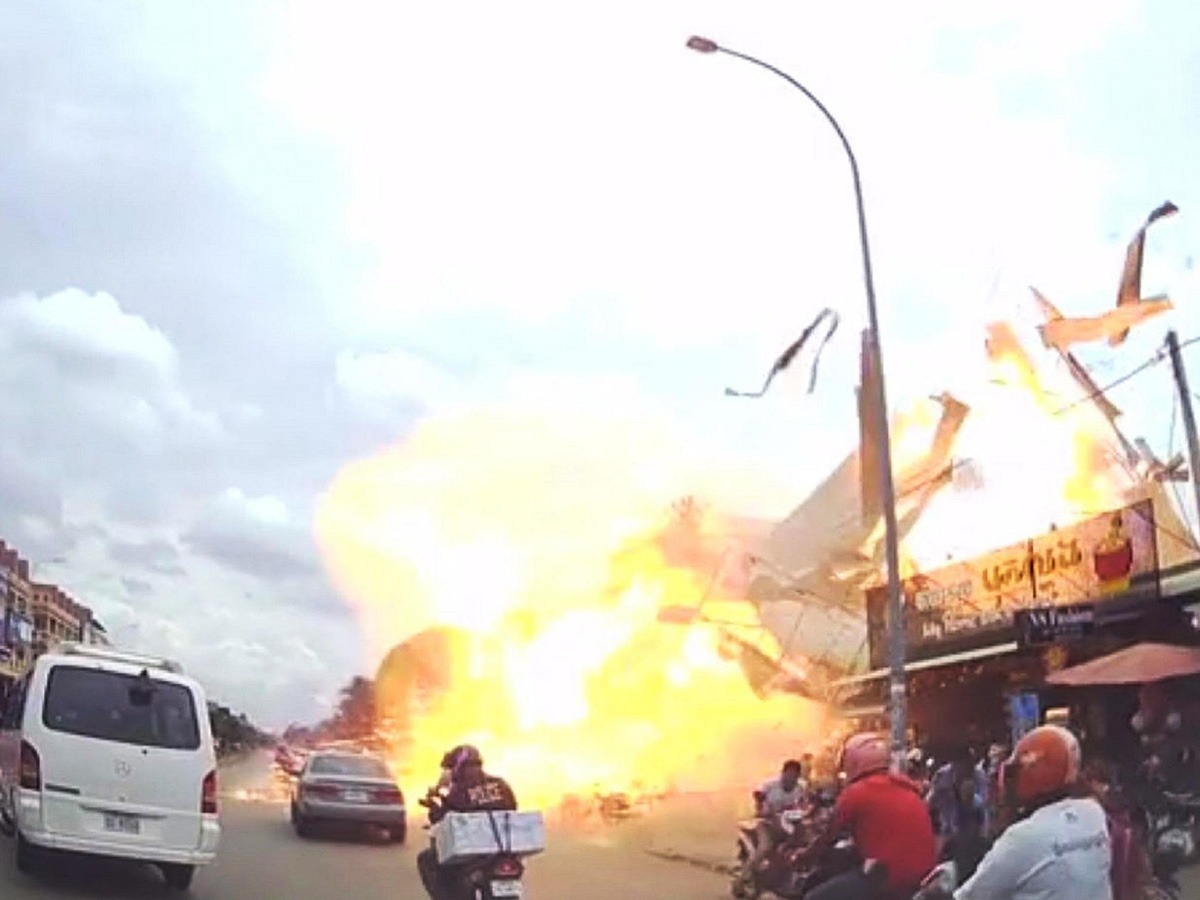 A British teacher and her American friend were seriously injured after an illegal petrol station exploded in Cambodia as they rode past on a motorcycle.

Zoe Eleftheriou, 22, from Medway, Kent, and Abigail Alexander, 18, from Miamisburg, Ohio, are being treated in hospital after they were badly burned in the blast in Siem Reap.

Dash cam footage from a car captured the moment the LPG station burst into flames on Wednesday, injuring 13 people.