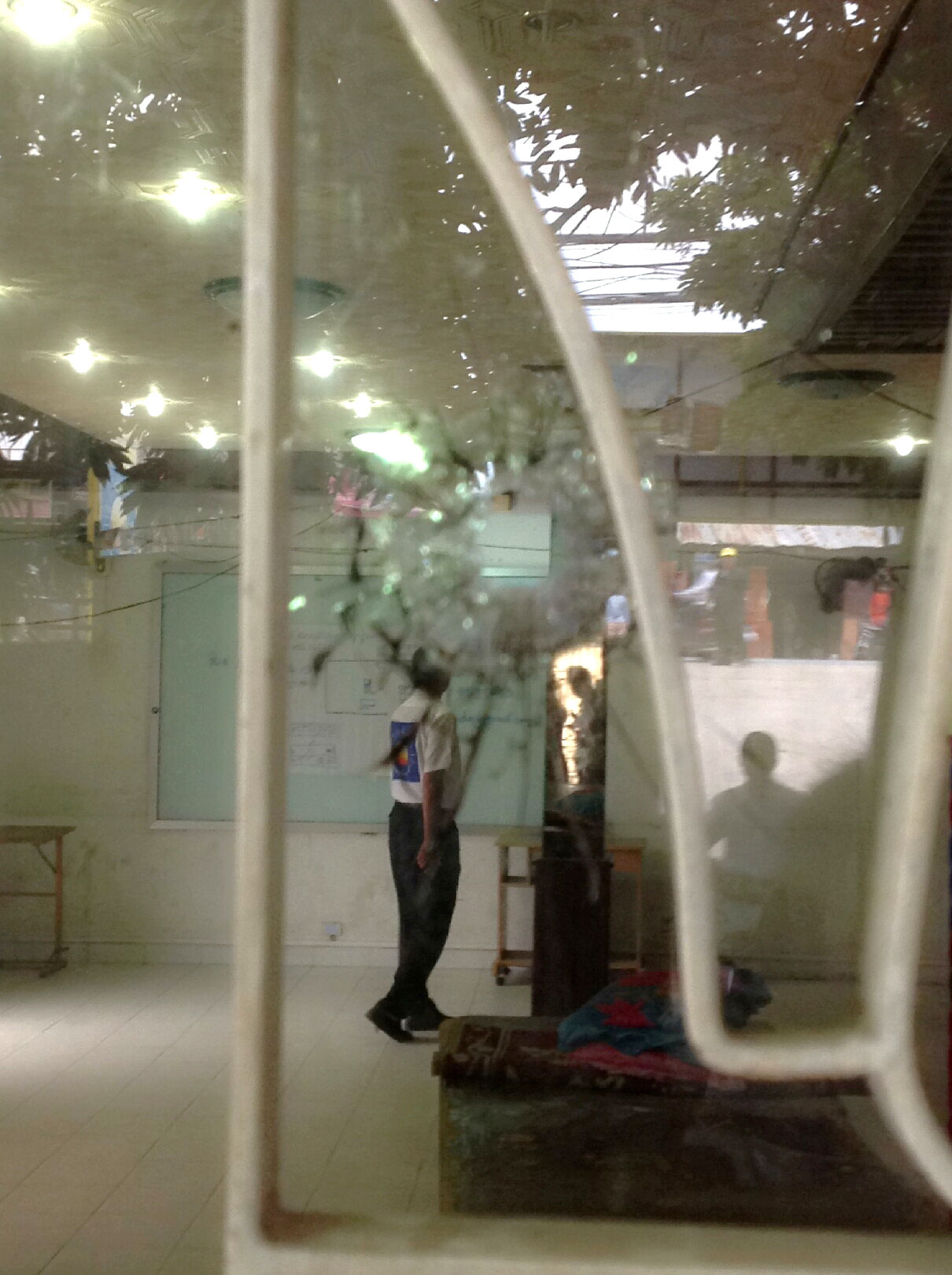 An armed man fired a single shot into the headquarters of the opposition Cambodia National Rescue Party (CNRP) in Phnom Penh’s Tuol Kok district during the early hours of Saturday morning, less than a day after the party’s opposition leader, Sam Rainsy, returned to the country after nearly four years spent in self-imposed exile.

The CNRP said in a statement that an unidentified gunman turned up at the opposition party’s headquarters shortly after 3 a.m. and proceeded to shoot at people who were inside the building, though nobody was injured.

“The CNRP would like to inform the national and international public that on July 20, 2013 at about 3:30 a.m. an unidentified person shot into the CNRP’s headquarters…aiming at the people who were staying there, but no one was injured,” the statement said, adding that a single bullet had pierced one of the headquarters’ glass doors before entering into the back of a plastic chair inside one of the building’s main rooms.

The statement also called on authorities to arrest and bring the perpetrator to justice.

“The police committee is investigating and conducting an analysis on the shooting,” he said. “Now we cannot provide any more details.”

He added that police were looking into the possible motivation behind the shooting.

CNRP spokesman Yim Sovann claimed the shooting was designed to intimidate the opposition party ahead of the national election.

“It is not an individual dispute. The shooting is a political issue,” Mr Sovann said. “This is a criminal case designed to threaten the CNRP. The authorities must apprehend the person responsible.”

The incident occurred less than 24 hours after Mr. Rainsy returned to Cambodia to a hero’s welcome drawing more than 100,000 people into the streets of Phnom Penh.

During a speech to thousands of supporters at Freedom Park on Friday, Mr. Rainsy vowed to write a new page in Cambodia’s history in the July 28 national election by rooting out institutional corruption and reforming the judicial, health and education sectors.

The run up to this year’s national election had been peaceful and Saturday morning’s shooting would be the first recorded serious incident of political violence ahead of the election.