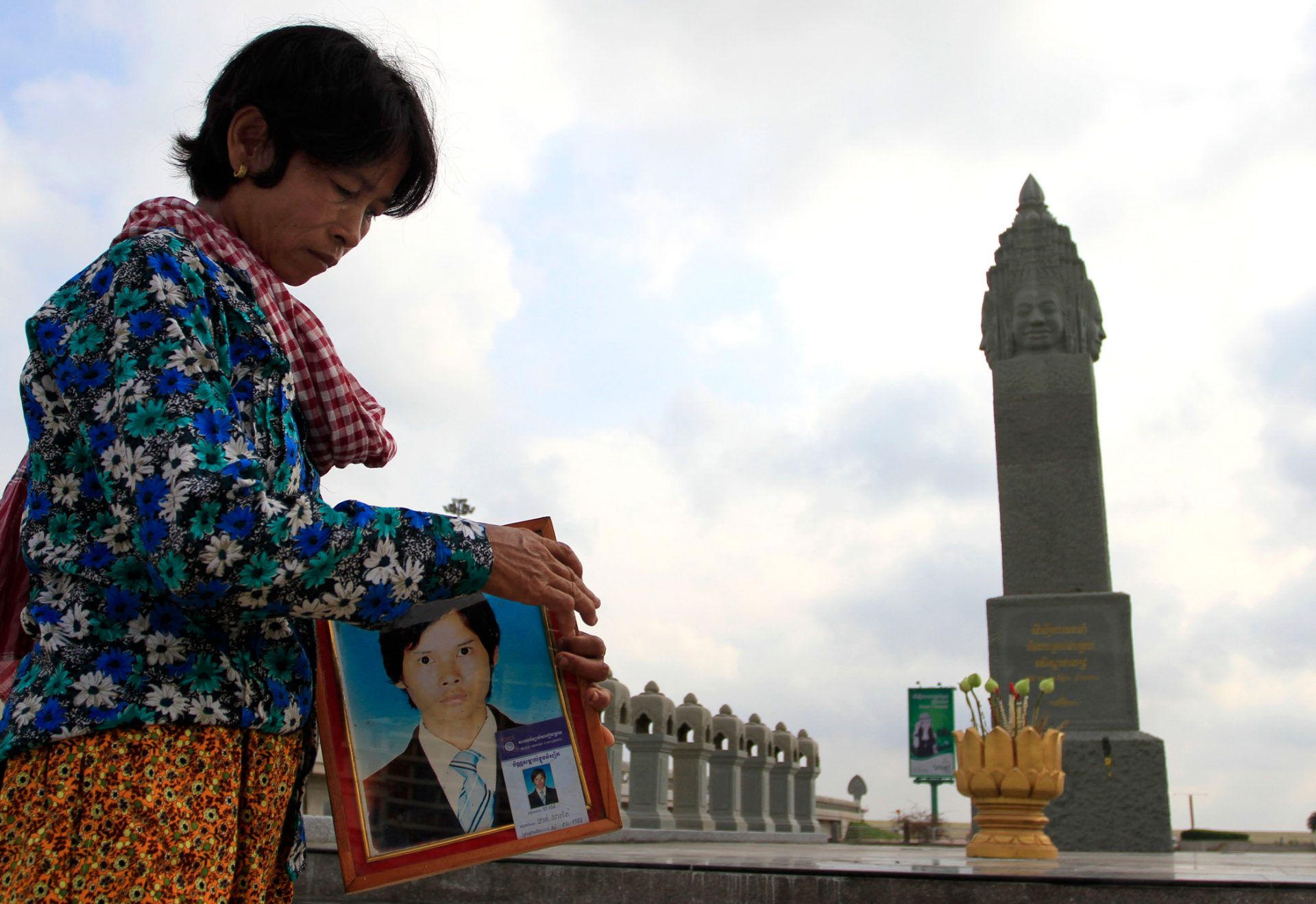 The government called it the largest single loss of life in Cambodia since the fall of the Khmer Rouge more than three decades ago. On November 22, 2010, 353 Water Festival revelers—most of them young men and women visiting from the provinces—either suffocated in a crush of bodies on Phnom Penh’s Diamond Bridge or died in the stampede that followed.

But yesterday, exactly two years on, the anniversary of that day passed completely unrecognized by the government. Through the morning, a few dozen mourners trickled by the stone memorial stupa erected at the scene last year to offer gifts to the souls of dead relatives. Just before dusk, about 40 members of the opposition Sam Rainsy Party (SRP) Youth Movement organized a group blessing, kneeling before the stupa as a row of monks sprinkled holy water.

Organizers said the government, blamed by some for failing to control the day’s massive crowds, would rather forget the day.

“This clearly shows that the government is trying to forget the incident and wants to close this issue,” said Soung Sophorn, who heads the opposition’s youth movement. “It clearly shows they don’t care. But we need to remember and we come every year.”

Municipal government spokesman Long Dimanche said he did not know why authorities decided not to organize a memorial this year.

In the days following the stampede, police officials conceded to a number of shortfalls in handling the crowds that flooded Koh Pich that night, including a dearth of police and under-trained officers. They also blamed the private owners of the island, the Overseas Cambodian Investment Corporation (OCIC), which in turn blamed the city. But when a special committee packed exclusively with government officials wrapped up its investigation into the event after one week, Prime Minister Hun Sen decided that no one would be held accountable.

“Nobody should be blamed for an unexpected stampede,” he said at the time.

The committee’s report, which was never made public, concluded that the stampede was triggered when someone in the crowd yelled out that the swaying suspension bridge was about to collapse.

The city eventually tore down the bridge and built two sturdy concrete ones in its place. But efforts by opposition lawmakers to launch a second, independent investigation of the stampede’s root causes were shot down by the ruling party.

“Those who [were] involved are the head of the police, the governor [of Phnom Penh, Kep Chuktema],” said SRP lawmaker Mu Sochua, who took part in yesterday afternoon’s blessing. “At least the governor should be here today.”

Taing Vengky, who lost his 16-year-old son, Taing Mony, in the stampede, blamed the private island owners, the OCIC.

“I want the government to punish the Diamond Island owner because my son died on the bridge and they need to be responsible,” said Mr. Vengky, who visited the memorial stupa with sticks of incense and a bouquet of flowers.

“I came to remember the love; it is very important for me to remember,” he said. “I can’t believe my son died on the bridge.”