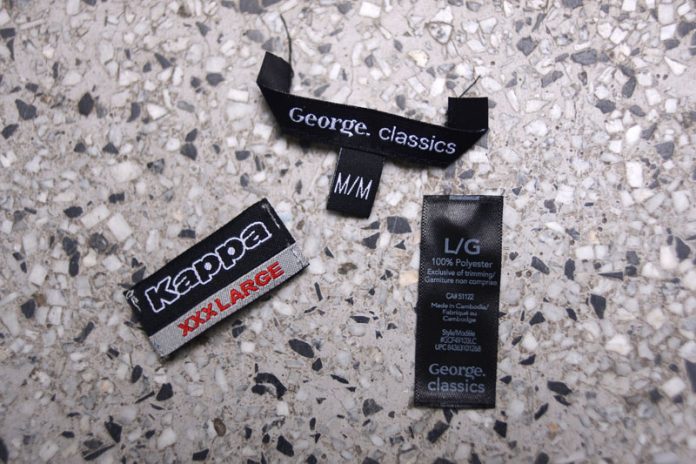 Behind the walls of the nondescript Hung Tak garment factory on the outskirts of Phnom Penh, more than 400 workers have been toiling in substandard conditions to cut and stitch clothing for some of the world’s biggest brands.

But since the factory was named by the International Labor Organization as one of the country’s lowest compliance factories, the brands are quickly backing away—a unionist and a factory representative said at least one brand had begun quietly pulling out—leaving workers with less work and less pay.

Three international brands—Kappa, Walmart and Primark—have been linked to the Hong Kong-owned factory. Despite tags provided by workers bearing their brand, both Kappa and Walmart said they had not “authorized production” at the factory and were investigating the matter. Walmart said it last used Hung Tak in 2007 while Kappa said it plans to “clear the eventual relations with the factory.”

When inspectors from the International Labor Organization (ILO) visited the Hung Tak garment factory in January, they discovered that its employees were subject to illegal wage deductions and were working in an unsafe environment. Later, those findings would earn the factory a spot on the ILO’s Better Factories Cambodia’s (BFC) “lowest compliance” list for failing to meet 19 criteria for basic working conditions.

Just days after the publication of an article linking the brands to the factory, Free Trade Union representative Yim Chan, 40, said a factory manager told her a major buyer cut its orders as a result of the media coverage.

“Now, we have nothing to sew. They have stopped sending us clothes. We all leave the factory at 4 p.m.,” she said. “Half of the workers from group one and six are sent home after their morning shift and receive half their [usual] wage.”

Ms. Chan said this blow to workers came at the same time that factory management was actually starting to improve conditions in the wake of the ILO report.

“Now we have hot and cold water for drinking and medicine for headaches and stomachaches,” she said, adding that toilet facilities had also been repaired.

Last week, a worker at Hung Tak handed over tags from Primark’s Love to Lounge line. The British-owned retailer said an order of 37,812 fleece pajama sets had been subcontracted to Hung Tak without the company’s knowledge or consent.

“Primark has a clear and strict Supplier Code of Conduct which expressly bans our suppliers from sub-contracting without specific consent or agreement and we take breaches of this Code extremely seriously,” a representative said in an email.

The failure to take responsibility for conditions at Hung Tak by all three labels highlights the widening divide between multinational corporations focused on protecting their reputations and workers scraping by on a minimum wage of $100 per month.

Dave Welsh, country director of the Solidarity Center, a U.S.-based labor rights organization, said some brands were publicly espousing ethical policies on the one hand and squeezing factories to boost their own profit margins on the other.

“There is no question that brands are driving down worker salaries and conditions in factories,” he said.

Mr. Welsh said there was “little or no excuse” for brands to claim they did not know where their products were being made.

“Rarely do brands ever take responsibility. They either try to deflect—they say they have no involvement with a factory—or they pull out, and no one wants them to pull out of the garment industry in Cambodia. They want them to use their leverage to improve conditions and wages,” he said.

Anne Dekker, an appeals coordinator at the Clean Clothes Campaign, a network of organizations working to improve global garment industry conditions, said via email that brands should recognize their purchasing practices were hugely influential.

“[They should] pay fair prices to the factories that are sufficient to pay the workers a decent wage so they don’t need to work up to 60 hours in total a week in order to feed themselves and their families,” she said.

Ms. Dekker added that brands should “set realistic deadlines to the factories for orders that are possible to produce in the set time by the available workforce within their normal working hours.”

She said unauthorized production or subcontracting did not absolve buyers of their responsibility.

“Brands should make a long-term commitment to the supplier to give them the time to make changes and they should involve workers and local and international organizations in the process,” she added.

The garment trade added $5 billion to Cambodia’s gross domestic product last year and employs more than 500,000 Cambodians. Although it accounts for 80 percent of all exports, only about 500 of the country’s more than 1,200 garment factories are registered to export goods.

Jill Tucker, chief technical adviser at BFC, said many garment producers subcontract work out to factories like Hung Tak as they are reluctant to turn away orders for fear of losing business.

“The problem with Cambodia becoming a very popular destination to source products right now is…there is a lot of pressure on existing factories,” she said.

Ms. Tucker said brands should follow the lead of others such as Nike, Adidas and H&M in publicly disclosing the names of all their suppliers in order to increase accountability.

“I think we are moving into an era where that should be the minimum requirement,” she said.

However, Ms. Tucker said a BFC plan to publicly link brands to the factories they use in Cambodia has been put on hold.

“We actually don’t have that information so we are not capable of linking all the brands right now,” she said. Although it is mandatory for export-registered factories to undergo inspections by BFC, they are not obliged to reveal their buyers, she added.

That leaves factories scrambling to improve conditions or lose business, while brands can stay above the fray.

Speaking through a translator, a Chinese supervisor at Hung Tak, who refused to give his name, said management had been making changes for the better. He said that the ILO has been invited to undertake another inspection of Hung Tak next month in the hopes that the factory can move off the lowest-compliance list later this year.