Khat Thongsovannaroth, 30, a monk at the Purveal pagoda in Battambang City’s Ratanak commune, was arrested on Sunday following a complaint from the parents of the victims, according to Koy Hieng, chief of the provincial anti-human trafficking police.

“A young girl that was touched by a monk told her parents,” Mr. Hieng said.

All five victims were allegedly assaulted on Sunday outside the gates of their homes near the Purveal pagoda.

“After giving red bracelets to the kids, the monk started kissing them,” Mr. Hieng said. “The monk kissed, hugged, and sucked the kids’ lips.”

The monk also allegedly put his hand inside one of the girl’s pants, he said.

Krapoeu Khang Tbong village chief Chhen Chhath said the monk is known to be suffering from mental health issues and has often been seen wandering around the village.

According to Pon Heanh, an assistant to the Reasmei Kantuy Krapoeu pagoda committee, the accused monk had no friends or family and joined the pagoda in mid-2013.

“He is mentally ill,” Mr. Heanh said. “He always asked the kids who played nearby the pagoda to buy meatballs for him to eat.”

Mr. Heanh added the accused monk would sometimes wander off from the pagoda and get lost. In early 2014, he decided to join Purveal pagoda because he wanted to study there.

“Monks in Purveal pagoda also say the monk is mentally ill,” Mr. Heanh said. “But he was not fired because they pity the monk and provide food and a place for him.”

No one at the Purveal pagoda could be reached for comment Monday.

Chen Sokhoeun, deputy chief of the provincial anti-human trafficking police, said the street was deserted at the time of the alleged assault.

“The kids went out to play on the road, which was silent and near a rental house,” he said. “The monk called the kids who were playing and tied the red threads to them and kissed and hugged them.”

Mr. Thongsovannaroth is due in court today to be charged with five counts of sexual assault, according to police. 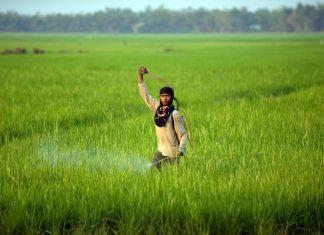 By
Third Pole
-
May 11, 2021
0
The seasonal flooding of Asia’s largest freshwater lake is being disrupted by upstream dams and climate change – and affecting 4.8 million people.

Going digital – The second phase of HE transformation

Cambodia and the half-million-dollar question