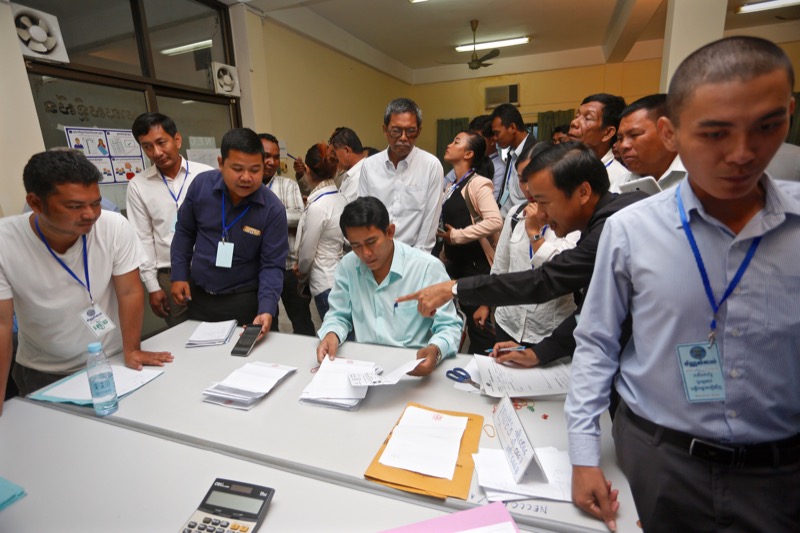 Ballot recounts on Wednesday secured the opposition CNRP two more commune wins—one each in Battambang and Kompong Thom provinces—a day after the first of 40 contested communes in the June 4 local elections swung to the CPP.

After a full day of counting, National Election Committee (NEC) spokesman Hang Puthea announced last night that the CNRP had won by just two votes in Kompong Thom province’s Kleng commune. The ruling party had initially won the commune chief spot by one vote before the opposition appealed to the provincial election committee, which referred a recount to the NEC. 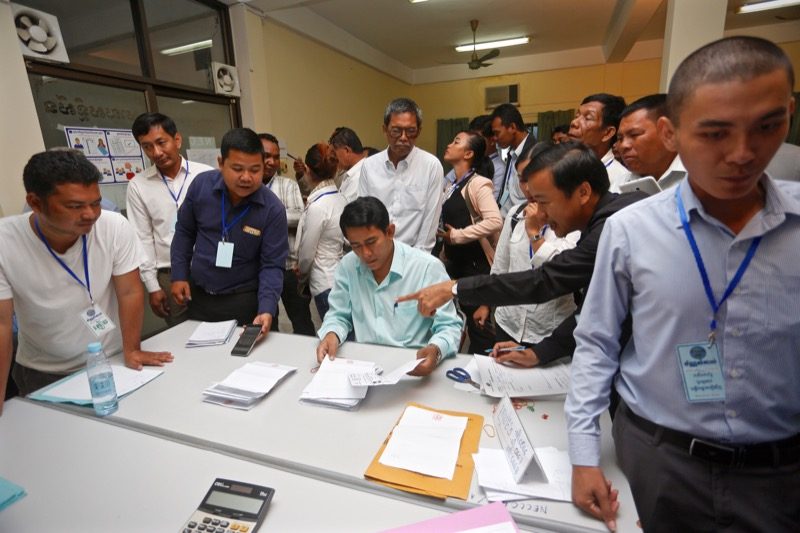 In Battambang province’s Boeng Bram commune, the CNRP won 69 more votes than the CPP, which originally had an edge of 23.

The gains followed a two-day recount of votes in Svay Rieng province’s Doung commune, which went to the CPP by two votes on Tuesday after heated arguments between the two major parties’ representatives the previous day.

Mr. Puthea described Wednesday’s recounting process as “transparent,” while reporters inside the counting room observed a calmer atmosphere than Monday’s rowdiness. “If you are a competitor, winning or losing is normal,” Mr. Puthea said.

Nguon Kolboth, a CPP representative who was at the recount on Wednesday, said he accepted the results. “For me, I think it’s correct, because it shows the will of the people,” he said.

Mr. Puthea said the NEC had so far received 47 complaints since Election Day, 23 of which have been resolved. Some complaints had been rejected, he added.

Meng Sopheary, the CNRP’s head of electoral and legislative affairs, said her party had filed a total of 32 complaints to the NEC, including 30 requests for recounts in communes across 15 provinces.

CNRP spokesman Yim Sovann said he trusted the final ballot counts, but he reiterated criticism from some independent observers that the pre-elections climate had undermined the democratic nature of the vote.

“I already said the words ‘free and fair’ are two [different] things…. The NEC is processing better, but there is still a situation of intimidation, threats and pressure on our former party president,” he said, referring to Sam Rainsy, who resigned in February before the passage of controversial amendments to the Law on Political Parties.

Correction: An earlier version of this article incorrectly stated that the CNRP won Boeng Bram commune by 59 votes.