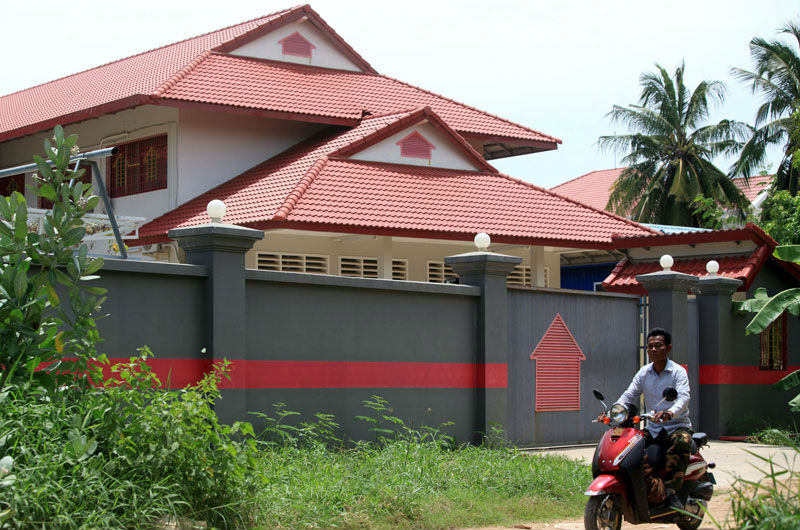 Australia’s foreign minister on Monday insisted that a controversial refugee deal with Cambodia was alive and well, dismissing Australian news reports that efforts to resettle more refugees here from Nauru had collapsed.

The first four people from Australia’s refugee camps on the South Pacific island arrived in Cambodia in June, after Phnom Penh signed a deal with Canberra to take in an unspecified number of refugees over four years in exchange for an additional AU$40 million (about $28.5 million) in aid.

But no one has volunteered for the move since.

On Friday, Interior Ministry spokesman Khieu Sopheak said Cambodia had “no plans” to resettle more refugees from Nauru, and that the fewer that came the better. Based on those comments, Australian media reported that the entire deal had fallen apart.

But at a press conference in Sydney on Monday, broadcast by ABC News 24, Australian Foreign Minister Julie Bishop rejected the suggestion of a collapse.

“That is not correct. You’re relying on an alleged statement of one official,” she said, going on to claim that Cambodia needed the deal to help boost its gross domestic product (GDP).

“I had a very positive meeting with Foreign Minister Hor Namhong in Kuala Lumpur recently on the sides of the East Asia Summit, and we had a very productive, constructive discussion about how Cambodia can continue to work in partnership with the Australian government and others,” she said.

“And Cambodia is an aspiring country, it wishes to increase its GDP, it wishes to harness the skills of foreign workers, and in this way they can resettle people into Cambodia and help boost their GDP.”

Asked about her government’s decision to cut a deal with a country rife with human rights abuses, Ms. Bishop dismissed the premise of the question.

“Human rights organizations are very quick to continue to condemn countries for their past,” she said. “Cambodia is determined to put its past behind it and to build its capacity to be a developed country.”

Rights groups at home and abroad, however, continue to accuse the Cambodian government of abuses.

In July, the Phnom Penh Municipal Court convicted 11 opposition activists of insurrection in a case widely seen as politically motivated and sentenced them to between seven and 20 years in prison. The same month, ruling party lawmakers passed an internationally rebuked law that threatens to muzzle the country’s NGOs should they continue to speak out on sensitive issues.

In a separate interview on Monday, Australian Immigration Minister Peter Dutton told ABC Radio that his government had already found more refugees on Nauru ready to move to Cambodia, “and we’re working through the detail of that now with officials.”

Contacted Monday, General Sopheak clarified his earlier remarks on the refugee deal. He said Cambodia had no plans to resettle more refugees from Nauru “at the moment. But in the future, I don’t know.” If more applied, he said: “We will consider them.”

Gen. Sopheak added, though, that Cambodia would not take any more of the refugees until the four who arrived on June 4 “can integrate themselves into the Cambodian society.”

The four—three Iranians and a Rohingya man from Burma—are currently living in a villa in Phnom Penh, where they are receiving Khmer language lessons and getting help to find steady work.

On Nauru, Australia told the refugees that they would be allowed to stay in the villa for up to three months, after which they would receive assistance in finding accommodations elsewhere.

Gen. Sopheak said that how long they stay in the villa was up to the Australian Embassy.

On Friday, a spokesman for the International Organization for Migration, which is assisting the refugees, said there were no immediate plans to move them out.