The government agency that manages the Angkor Archeological Park has signed an agreement with one of China’s largest construction companies to conduct feasibility studies on how to build unspecified “development” projects inside the 401-square-km World Heritage Site.

In a statement posted to its website Thursday, the Council of Minis­ters said the Apsara Authority, headed by Deputy Prime Minister Sok An, had signed a memorandum of understanding with China Civil Engineering Construction Corporation (CCECC). Though the statement did not give any specific details as to what projects CCECC could embark on once studies have been completed, it did say the aim of the agreement was to discover areas within Angkor Park where investments could be made.

“After the studies, specific projects will be suggested to the Apsara Authority for them to take into consideration,” Mr. An said in the statement. “The studies are very important for checking obvious possibilities before suggesting the best option for investment and to guarantee that we achieve development that doesn’t have any negative impact on conservation,” he continued.

CCECC’s main activities include the construction of large infrastructure projects such as highways, tunnels, real estate and railways.

Im Sokrithy, deputy director of the Apsara Authority’s public relations department, said the agreement allows the Chinese firm five years to search for “alternative resources” around Angkor Wat. “Before we start developing anything, we first have to see what we have,” he said. “If Angkor Wat temple loses its originality, it’s value will decrease and that will have an impact on the economic situation” at the temple.

Anne Lemaistre, representative for Unesco in Cambodia, said that any development project suggested inside Angkor Park would first have to be assessed by the International Coordinating Committee of Angkor, a yearly meeting where engineers, restorers, archaeologists, researchers and other technical experts discuss the preservation of Angkor.

“Whatever the proposed project, it must first be validated by the Inter­national Coordinating Committee of Angkor,” she said. “At Unesco we have experts that work independently that would be able to assess all projects suggested,” she added.

Ho Vandy, chair of the state-private sector Tourism Working Group, said he was unaware of the plans in store for Angkor Park, though he welcomed investment in the area as long as it was done responsibly and did not degrade the area’s heritage.

“It would be good if we can develop parts of the park with the help of the Apsara Authority to cater to the needs of the tourists,” he said, suggesting that an amusement park could be built in order to bring more tourists to the area.

“I would hope, however, that the Apsara Authority would manage this, as the heritage in the area belongs to everyone,” he added. 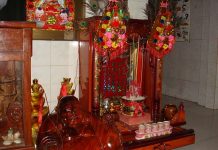 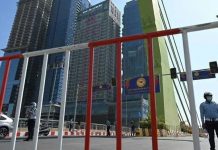 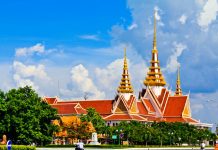 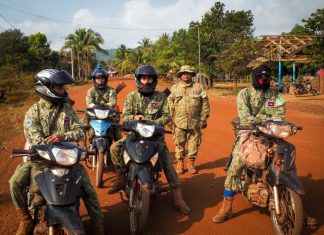 By
The Diplomat
-
March 6, 2021
0
The burden of safeguarding the region’s rich resources falls on local environmental groups and a small number of park rangers.