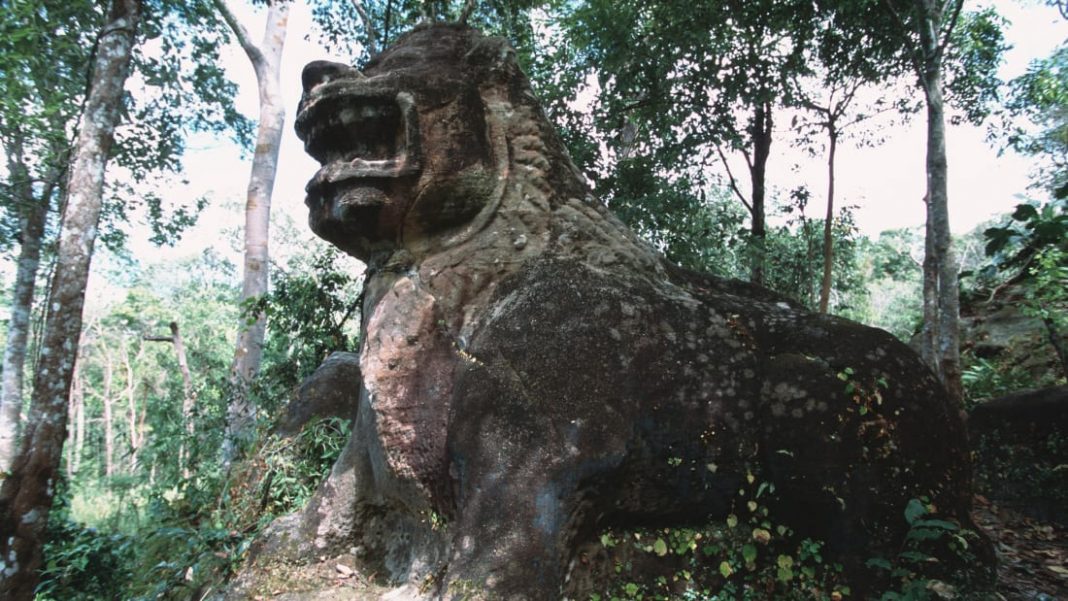 Researchers have identified the elusive ancient “lost city” of Cambodia for the first time, according to a report published Tuesday.

In a project that has spanned years, an international group of scientists used aerial laser scans and ground-based surveying to map Mahendraparvata, or the Mountain of Indra, King of the Gods.

Mahendraparvata was one of the first capitals in the Khmer Empire, which lasted from the 9th to 15th centuries AD, but much of what we know come from inscriptions recovered from other sites. Scientists theorized that the city was located on the Phnom Kulen plateau, about 48 kilometers (about 30 miles) north of Siem Reap, but it was difficult to find evidence. The plateau was remote, inaccessible, covered with vegetation, and potentially home to landmines installed by the Khmer Rouge regime in the 1970s.