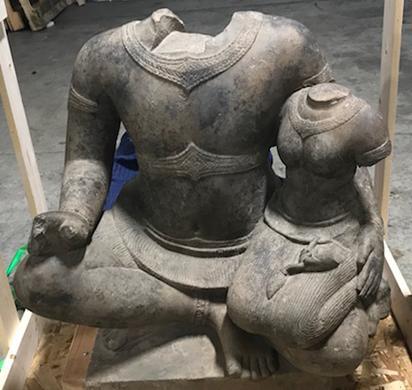 Described as a Shiva and Uma statue, the artifact was discovered during an ongoing HSI New York investigation dubbed “Indochinese Peninsula Plunder” in the Southern District of New York. The investigation focuses on the smuggling activities of Douglas Latchford, a private collector linked to numerous looted Cambodian antiquities.

Originally purchased by a private collector in California, the statue was discovered for sale at a prominent San Francisco auction house following the collector’s death in 2015. It will be returned to the Cambodian people at the conclusion of this HSI-led investigation.