A man accused of fatally stabbing a female Defense Ministry official on the streets of Phnom Penh asked a judge on Friday to downgrade the charge against him as he was mentally ill and had watched too many violent movies.

“I know I was wrong to have killed her, but it was unintentional. Please, I ask the court to reduce the penalty,” pleaded the defendant, Mey Kimheng, at his trial for premediated murder at the Phnom Penh Municipal Court.

Ly Davy, 36, a major in the ministry’s military service department, was walking alone near the Depot Market in Tuol Kok district in June when a helmeted man stabbed her repeatedly in the chest with a kitchen knife and drove off on a motorbike.

Mr. Kimheng, a 21-year-old freshman at the Royal University of Phnom Penh and the victim’s next-door neighbor, confessed to the attack, claiming to have taken revenge for years of being spat at, according to police.

In September, Mr. Kimheng was assessed by a doctor from the Khmer-Soviet Friendship Hospital and was found to be suffering from memory loss, said his lawyer, Kim Veasna.

“My client had a mental illness,” Mr. Veasna argued at trial. “My client killed because he had watched too many violent movies.”

The lawyer also asked for a reduction in the $100,000 compensation demanded by the victim’s family.

Premeditated murder carries a sentence of life in prison, while murder is punishable by 10 to 15 years in prison. The verdict is expected to be announced on December 21. 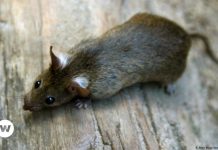 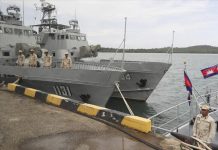 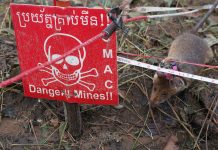