Two Cambodian women were returned to Phnom Penh on Monday after each spending more than a year in China, where they both say they suffered through abusive marriages so bad that they decided to leave their newborn babies and escape from their husbands.

The rescued women were the latest in what is an increasing trend of young Cambodian women being lured to China by brokers with promises of a wealthy husband and better life, only to find themselves in abusive relationships and with few ways out. 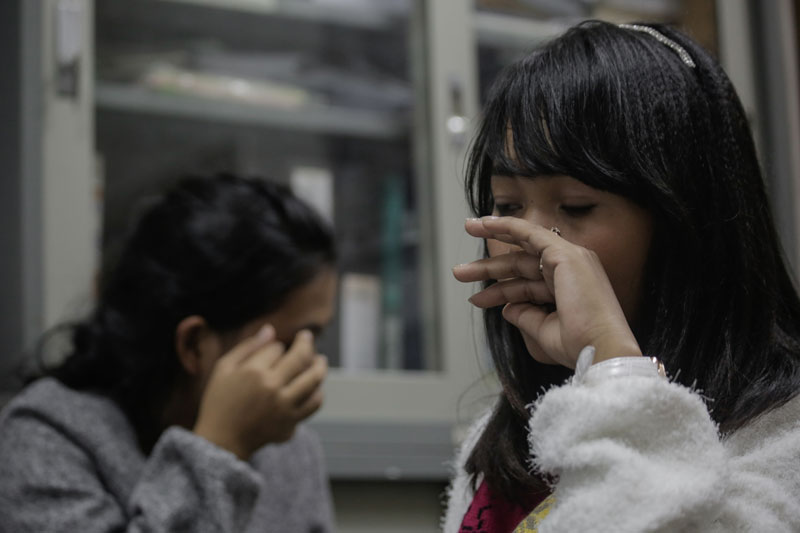 One of the women, a 27-year-old from Ratanakkiri province, said her hopes of finding a well-paying job after marrying a Chinese man disintegrated upon her arrival in Jiangxi province.

“I thought that if I married a Chinese man I would get a lot of money, be able to work at a Chinese factory and send money back home,” she said upon arriving at the Phnom Penh International Airport on Monday.

Instead, she found herself in an abusive marriage. She said she made three futile attempts to run away from her husband and reported the abuse to local police, but to no avail.

Finally, without her 5-month-old child, she said, “I went to the police station, pretended I didn’t know Chinese and said I lost my passport. So, they called the consulate who sent a volunteer to pick me up.”

Along with the second victim who returned Monday, the woman’s return flight was organized by local rights group Adhoc.

The second woman, a 20-year-old from Kompong Thom province, said her family was also wooed by the promise of a better life.

“My family’s condition was very poor. The broker promised me money and a good future, so they agreed to send me,” she said upon arriving home Monday.

In September last year, the bride was taken to Fujian province to live with her new husband and his family. She said they barely fed her and kept her locked in the house, where she was regularly subjected to sexual abuse.

In October, she escaped—also leaving behind her 5-month-old child—and started a four-week journey to the Cambodian consulate in Guangzhou.

Upon arriving, she met three other women in similar situations, who helped take care of each other with the help of a consular official. Now that she is back in Cambodia, she said she felt “reborn.”

“I felt disappointed and speechless at the way things turned out,” she said. “Now I feel very happy. I feel reborn.”