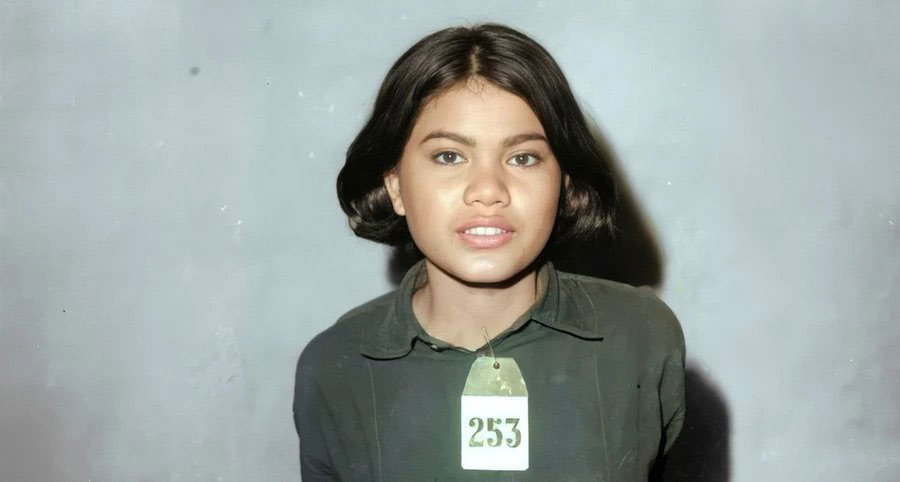 Cambodian authorities photographed many of their 2 million victims. These portraits, recently colourised, humanise that tragedy.

In April of 1975, a communist guerrilla army know as the Khmer Rouge captured the Cambodian capital of Phnom Phen and established one of the most violent dictatorships in modern history. Led by a Marxist revolutionary named Pol Pot, the group immediately set about evacuating the country’s cities, and forcing everyone to work on collective farms. Central to this initiative, was a brutal system of incarceration and torture for anyone who resisted.

In Phnom Penh, a former secondary school was converted into an enormous prison known as Security Prison 21, or S-21 for short. There, an estimated 20,000 people were imprisoned until the regime’s downfall in 1979. It’s believed that over 18,000 of these prisoners were murdered, which is only a fraction of the 2 million total victims claimed by the Khmer Rouge.

Today, the S-21 Prison is also known as the Tuol Sleng Genocide Museum. Visitors walk through the buildings and consider hundreds of black and white mugshots that line its walls. These images depict largely unidentified inmates against stark, concrete backdrops. They say little of what happened after their photos were taken, but provide some insight into who the prisoners were, and how they felt.