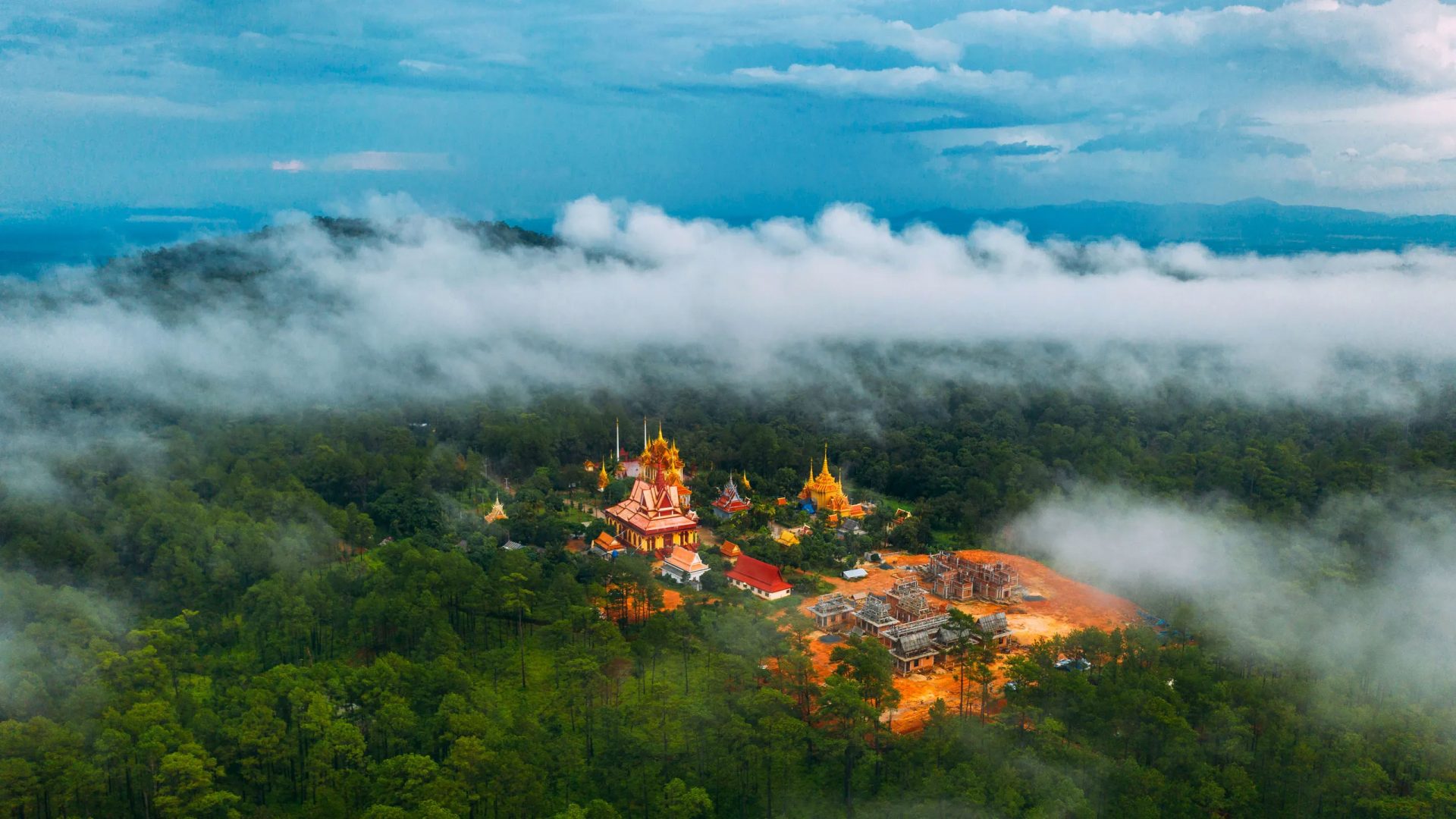 A new era of Cambodian artists want to bring back the country's longstanding musical heritage.

The camera pans from the spires of a temple to the interior, where 75-year-old Master Kong Nay, one of the few surviving virtuosos of the chapei dang veng, a Cambodian two-stringed guitar, strums his instrument. “It’s time to rise as high as the stars,” he sings. “To the male and female artists who seek to fulfill their dreams, go forth and open the new chapter of the treasured arts inherited from me, Kong Nay.”

As his voice carries through the room, the camera shifts to carved Buddha statues and ancient Khmer Empire relics, then rests on VannDa, a 24-year-old Cambodian hip-hop artist seated at the master’s side. “I mix the ancient with the modern seamlessly,” raps VannDa on a beat that blends elements of drill with traditional Cambodian sounds: the whispery notes of a Khmer flute, the thrum of the chapei. As the video continues, we see more young Khmer hip-hop artists bowing respectfully to a titan of the previous generation. VannDa calls out to the audience, “Art is the soul of Cambodia. View those artists as you would the sculptures of our temples.”

This song, “Time to Rise,” is both a symbolic passing of the torch and an unprecedented success for Cambodia’s fledgling contemporary music scene. Within 24 hours of its release on March 28, the video for the song had racked up more than 1 million views on YouTube. Two weeks later it surpassed 20 million—4 million more than Cambodia’s entire population. In the comments section are words of praise from viewers in Thailand, Laos, Indonesia, Malaysia, and all over Southeast Asia. At the time of writing, the song is still going strong at more than 46 million views on YouTube, and gaining momentum on TikTok.