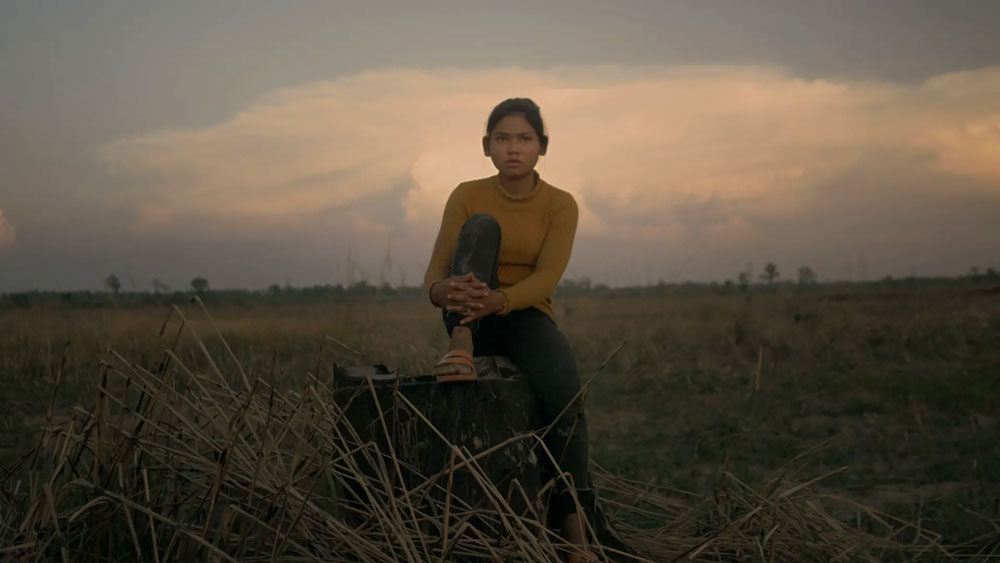 A recipient of SGIFF’s SEA-SHORTS Grant in 2020, and backed by a generous support from Angelina Jolie, International Rivers NGO, and numerous Indiegogo donors to “The River Snail” project, “Further and Further Away” world-premiered at this year’s Berlinale.

A young indigenous Bunong woman and her brother are about to move to Phnom Penh, in order to search for a better life. The brother is excited but the girl seems to be reluctant. Before that, however, they decide to spend one last day in their rural village in northeastern Cambodia, which was lost due to the development of a nearby hydroelectric dam a few years earlier. Eventually, the sister starts roaming in the area.

Unfolding as a kind of tour guide in a village that essentially does not exist anymore, Polen Ly begins his film as a social drama, before he turns it into an oneiric trip into nature, filled with nostalgia and social comments. The most direct of those revolves around materialism, and how the concept of progress, particularly through the implementation of big construction, is harming nature, while uprooting people along with their cultures, essentially forcing them to move to the already crowded urban centers. Ly, however, does not seem to be exactly against this tactic, with the brother essentially highlighting the fact that progress frequently involves materialism, but instead, showing that its excess, can lead to a number of issues, with the sister representing those in the narrative.