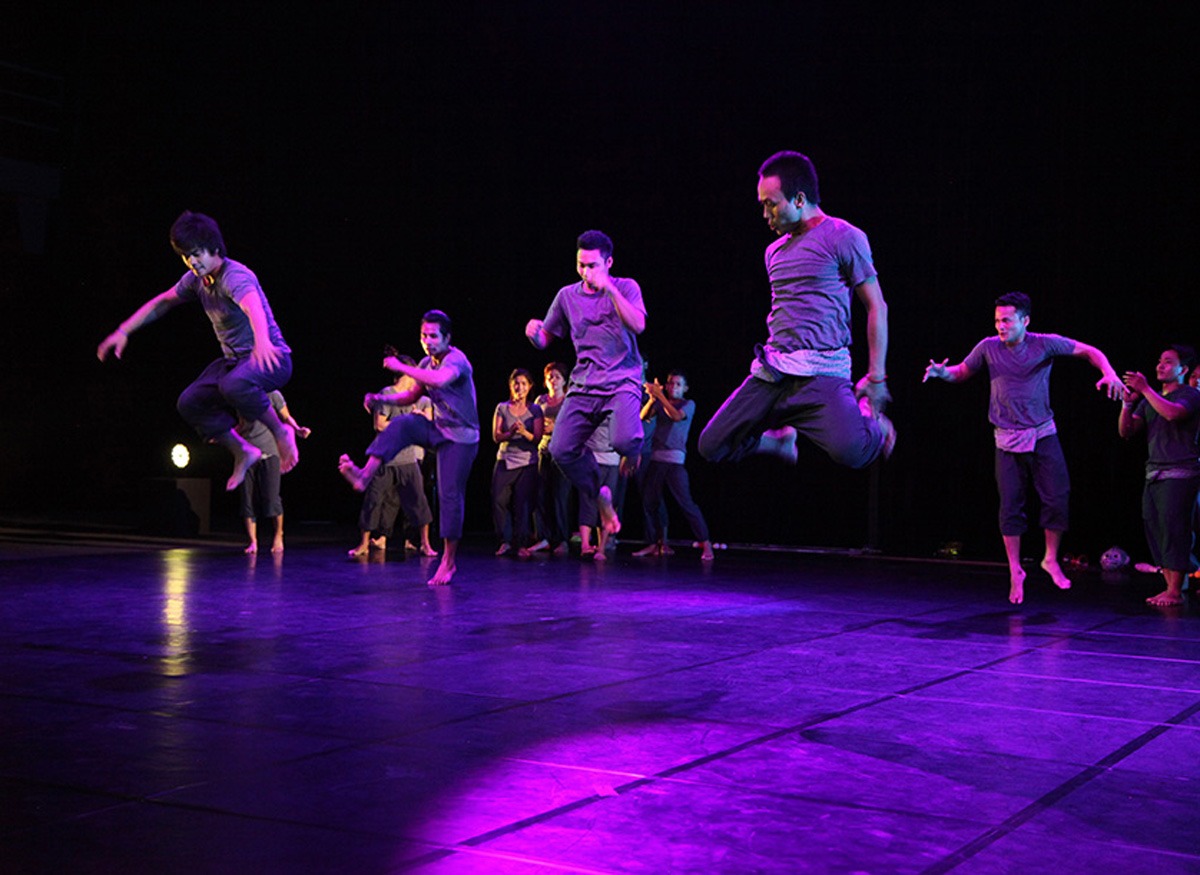 “See You Yesterday”: A Cambodian “new circus” company comes to terms with the country’s past

From the very start of “See You Yesterday,” which will be staged at the Emerson Paramount Center in Boston this week, the artists get to the heart of what has never stopped haunting people of Cambodian roots, old or young, wherever they live in the world. A performer summarizes in one line, at the beginning of the play, what they all try to do. “Every day, we rehearse to become normal again,” he says.

In the work—staged in a contemporary circus that combines theater and circus feats—the artists convey the darkness that the Khmer Rouge brought to the country in the 1970s. This is done through intense and sober scenes which reflect the drama of the era in ways that make it understandable to people in the audience whether or not they are aware that the regime caused the death of an estimated two million Cambodians.

“See You Yesterday” is directed by Michael Lessac, an American director with a very long list of credits in theater, television and film. Mr. Lessac created the NGO Global Arts Corps in the mid-2000s to produce works such as “See You Yesterday,” which features the circus artists of Phare Ponleu Selpak.  A Cambodian NGO, Phare provides young people from poor families with training in visual arts, music, theater and circus arts in Battambang, a city in western Cambodia. 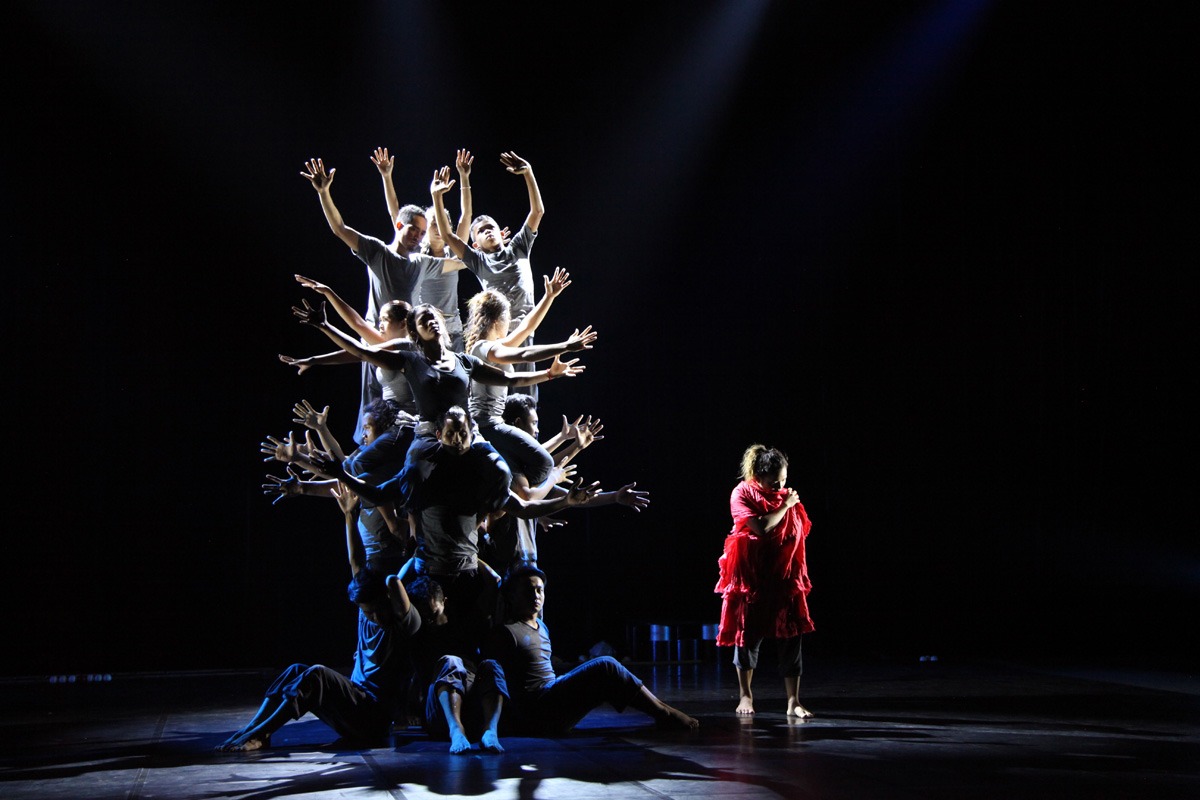 The scenes in “See You Yesterday” come across as authentic because they actually happened. As the show’s director of circus, Khuon Det, explained, “the tableaux staged are the artists’ parents’ and relatives’ stories.”

In one scene, a man left for dead regains consciousness, finds himself under the corpses of people killed by Khmer Rouge guards, and manages to get up and flee. This happened to the father of one of the artists.

In another scene, workers in a field walk around a woman who has just collapsed, not daring to stop and help her, their pounding feet conveying the inhuman pace of the workload imposed on them. 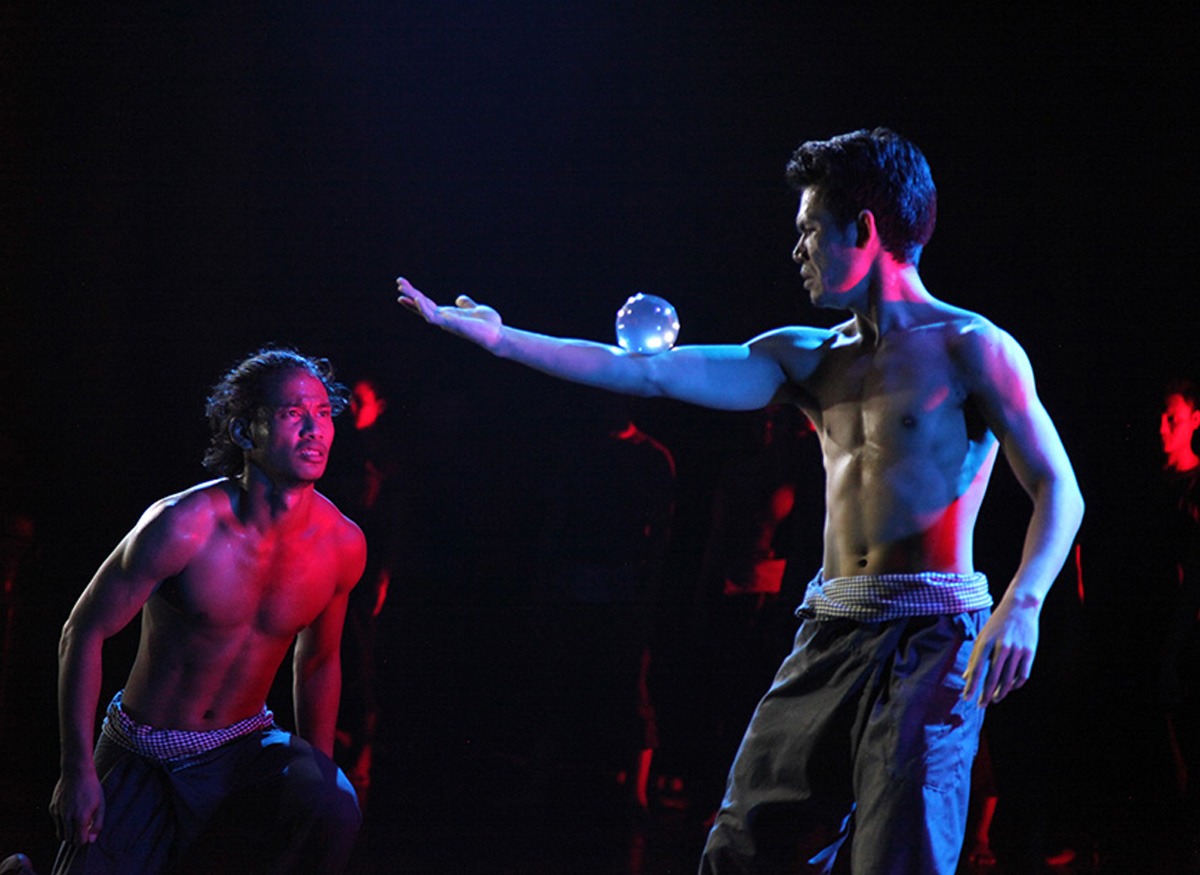 A show forged over years

The making of “See You Yesterday” goes back to the early 2010s when Phare asked Mr. Lessac to create a work with them. Mr. Lessac had launched Global Arts Corps to stage performances in countries such as Ireland and South Africa that had been torn apart by internal conflict. After more than 22 weeks of work spread over several years, “See You Yesterday” was first staged in Phnom Penh in March 2016.

Then, in July 2016, the artists performed the work at the Ubumuntu Arts Festival in Kigali, Rwanda—a country where a genocide had taken place in 1994.  During the trip, the Cambodian cast visited the Kigeme refugee camp in southern Rwanda where they gave three performances, each one attended by more than 5,000 Congolese refugees, and also conducted workshops for young refugees.

Last year Phare staged “See You Yesterday” in several Cambodian cities at the request of the Documentation Center of Cambodia as part of a training program for Cambodian teachers who teach the country’s history including the Khmer Rouge regime. The project was supported by the Robert Bosch Stiftung foundation. 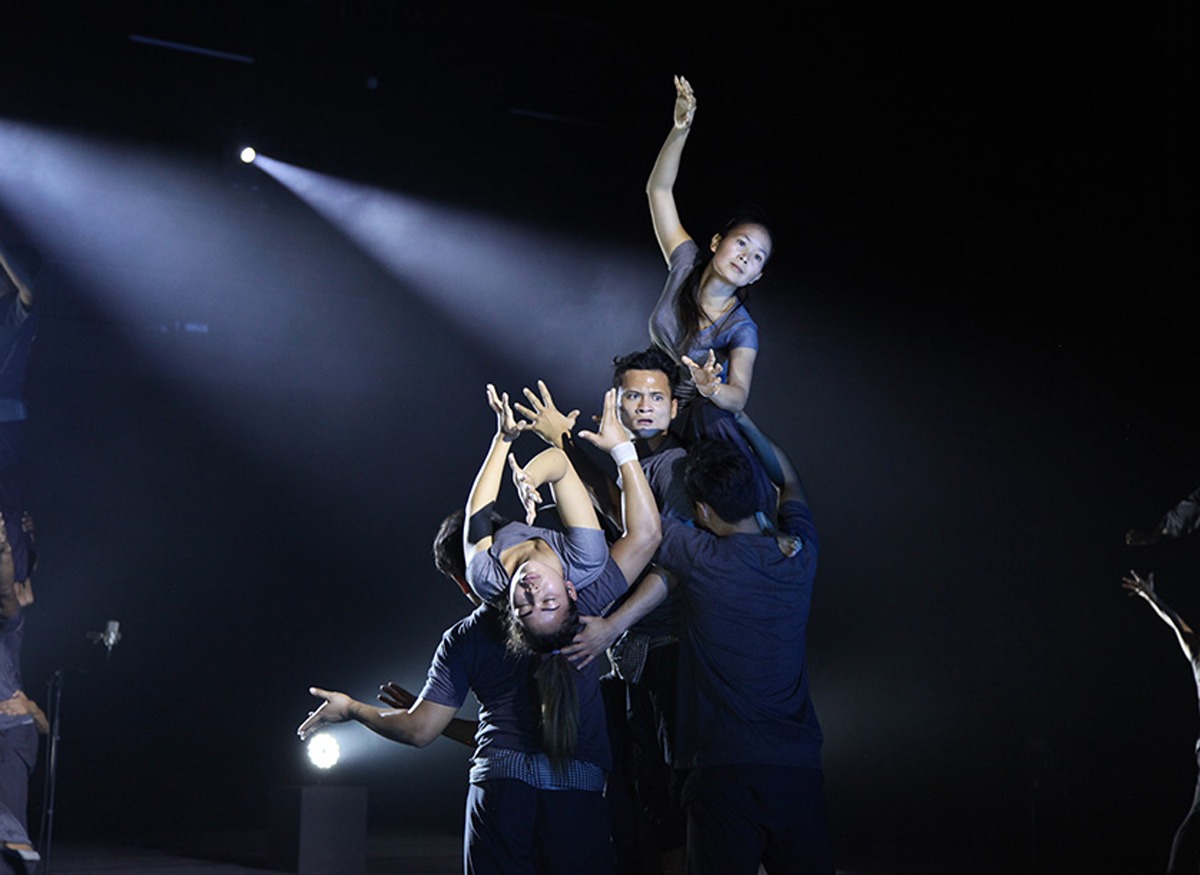 This week’s performance in Boston

The cast staging the work in Boston is the original cast, Mr. Det said. Some performers are teachers, artists or students at Phare in Battambang, others are members of the Siem Reap-based Phare, The Cambodian Circus, a professional circus company and social enterprise that provides a portion of its benefits to support Phare’s Battambang activities.

As with the 2016 performances, the dance scenes have been choreographed by Cambodian contemporary dancer and choreographer Chumvan Sodhachivy, also known as Belle.

Mr. Lessac expects some modifications to have been made to the original work. “Det and the cast have kept the piece alive and are improving it all the time,” he said in an email interview.

“[T]his cast is the best, and the most exciting cast I have ever worked with,” Mr. Lessac said.  “They are the most honest…the most courageous…and they are a community of people who have become, in my mind, ambassadors for change in how people talk about the past.

“I have learned more by working on this production than with any other production I have done in the past,” Mr. Lessac added. 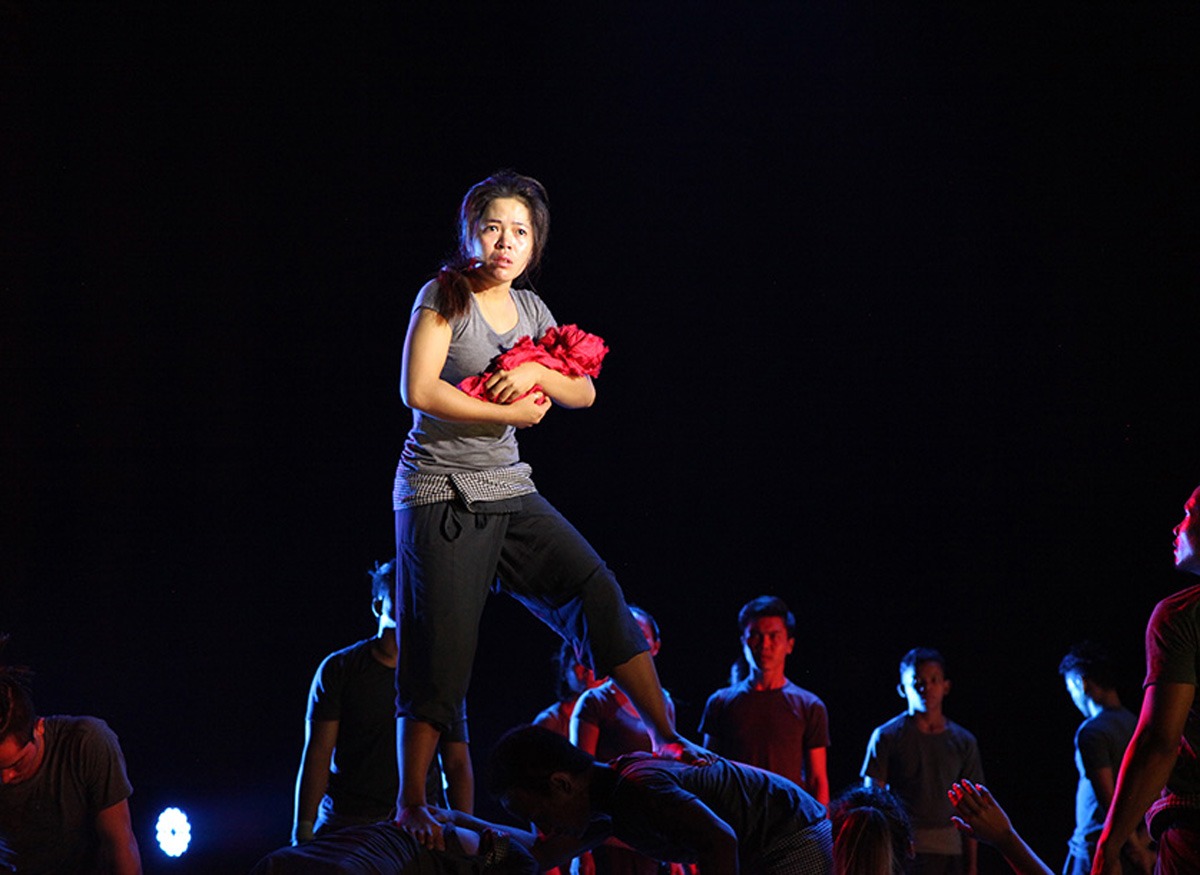 Turning toward the future

Huot Dara, CEO of Phare, The Cambodian Circus, hopes that the performance in Boston will help change Americans’ perception of the country. “People know Angkor [the country’s capital 1,000 years ago and now a UNESCO World Heritage site],” he said. “Then they have heard of the Khmer Rouge, corruption and mines [through the media].”

In the 1960s, Cambodia was a modern, dynamic country, Mr. Dara said. It can be seen this way again, he added.

Following their performance in Boston, Phare’s artists will fly to Singapore where they will perform excerpts from their work “Eclipse” at the Flipside Festival May 24 through 26.

Then, in August, they will stage the whole “Eclipse” work at the Darwin Festival in Australia.

“See You Yesterday” is presented at the Emerson Paramount Center in Boston from Thursday through Sunday at 7:30 pm.