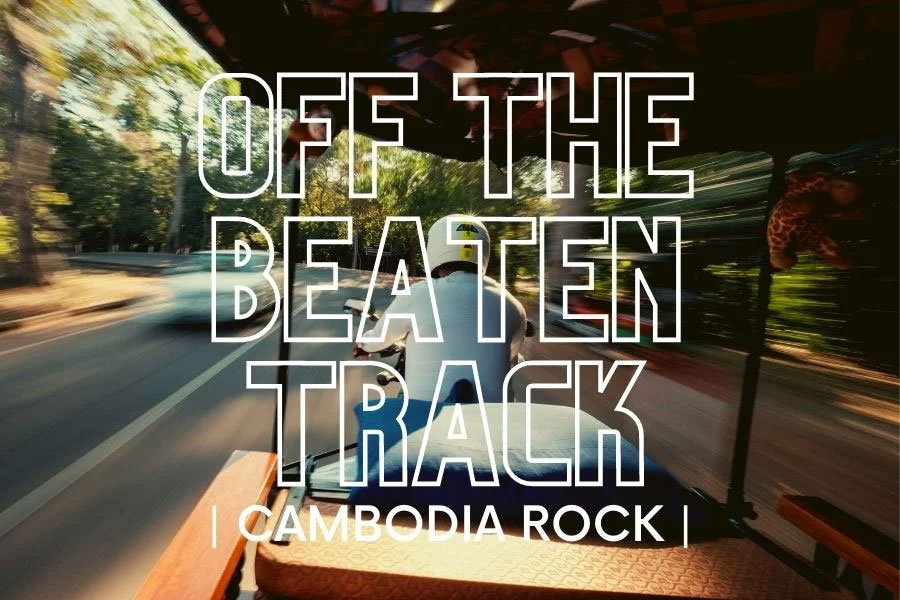 In the sweltering heat of Phnom Penh, the world is reduced to a kaleidoscopic melee akin to being trapped inside a beehive. The swarming buzz of motorbikes and half-conked-out minibuses fill the air with a deafening rattle. The dizzying mix of flickering neon from yesteryear and incongruous rising monolithic pagodas from an even older yesteryear are shrouded in the decay and sedated dilapidation of a post-war city healing its wounds and, for better or for worse, relinquishing to the fading memory of the past.

For 20 years, from the late 1950s onwards, Cambodia assimilated music from all over the world into a mixed-up milieu that represented a cultural zenith in world music. Everything from everywhere seemed to be happening all at once. Until suddenly, it wasn’t. After years where Cambodia had packed out dancefloors with a menagerie of distilled scenes from all over the world, it was seemingly snuffed out overnight by the brutalist Khmer Rouge regime.

Now, thanks to the work of documentaries like Don’t Think I’ve Forgotten, and the efforts of organisations like The Documentation Centre of Cambodia, the countries musical past is being pieced together and beginning to ring out a tune once more.