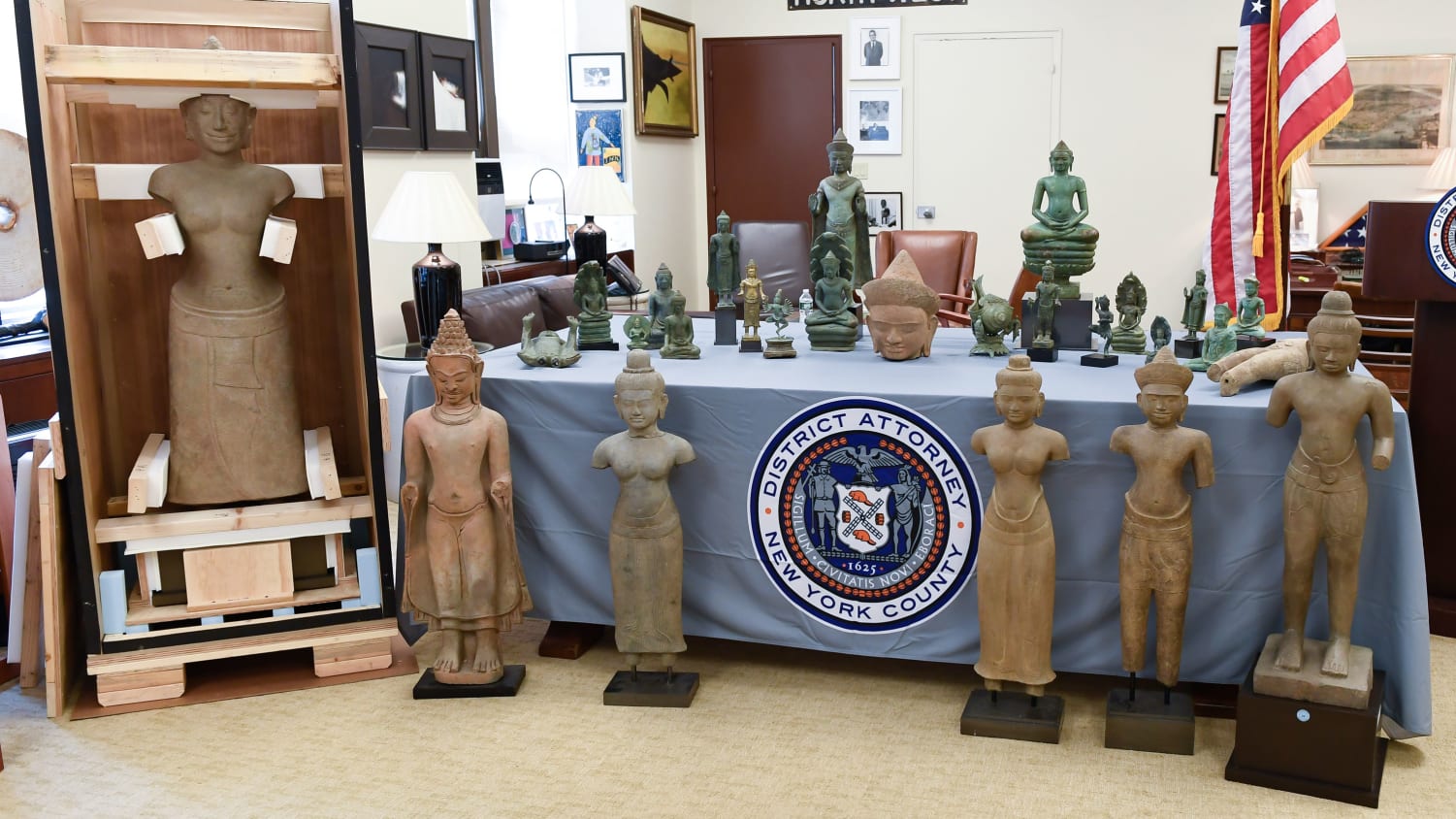 New York and US federal authorities have returned 27 relics to Cambodia valued at $3.8 million that were stolen by antiquities traffickers, among them important Buddhist and Hindu statues, the Manhattan district attorney announced last Thursday.

The probe resulting in the repatriation was led by the district attorney’s office and the US Homeland Security Investigations (HSI) unit. The HSI’s special agent in charge, Peter C. Fitzhugh, described the works as “invaluable to the preservation of Cambodian history.” A repatriation ceremony in New York was attended by Cambodian and Homeland Security officials.

The district attorney’s office said that 24 of the 27 items were seized as a result of an investigation of Subhash Kapoor, an antiquities dealer described in the past by US Immigration and Customs Enforcement (ICE) as one of the world’s most prolific art smugglers, and the New York antiquities dealer Nancy Wiener.