Keo Joch, a middle-aged fisherman from Kep province, sits in a plastic chair and speaks in a quiet voice, calmly describing in an on-camera interview how the spirit that comes to inhabit his body helps those who seek its healing powers.

In a subsequent video, the fisherman’s position has changed. He now sits on a table, his eyes closed and legs crossed, with his hands pressed together in front of his chest.

But despite appearances, Mr. Joch is no longer there. It is the spirit, Preah Bat Thommeuk.

The interviewer continues with his questions, this time querying the spirit itself. Asked how old it is, Preah Bat Thommeuk responds in a high-pitched, cadenced voice that it is 100 years old.

Eventually the spirit exits, leaving Mr. Joch in control of his body and mind once again. He tells the interviewer that the sensation of the spirit leaving him is similar to falling from a tree.

Mr. Joch is one of 11 Cambodians profiled in the upcoming e-book “Vanishing Act: A Glimpse into Cambodia’s World of Magic,” written by Ryun Patterson and with photographs by Rick Valenzuela, which examines the country’s magical traditions.

Mr. Patterson, 40, a Chicago-based journalist who worked as an editor at The Cambodia Daily from 1999 to 2003, said he first conceived of the project in 2011, after receiving an enchanted protective tattoo at Wat Neak Voan in Phnom Penh.

During the 3-1/2-hour process of inscribing an image of the Hindu god Hanuman across Mr. Patterson’s back, the tattooist lamented the state of his magical craft.

“While I was getting that tattoo done, the artist kept talking to me about how his profession was slowly disappearing.

“He said that he didn’t use the traditional bamboo-needle method of tattooing anymore…about how young people weren’t getting holy tattoos anymore, and he worried that he wouldn’t have anyone to pass his skills along to before he died,” Mr. Patterson said in an email. “That got me thinking: what is all of this about?”

His interest piqued, Mr. Patterson began trying to find more information on magical traditions in Cambodia. The only problem: Accessible material on mystic rituals and beliefs, for the most part, was nonexistent.

“[A]side from the typical, lowest-common-denominator ‘Wow, Look at this crazy sorcerer!’ stories that journalists parachute in [to] write about in Cambodia, I really couldn’t find much about it,” he recalled, adding that academic materials did exist, but were difficult to access, and expensive.

“So, I decided to do something myself, to contribute, if even in a small way, to the preservation of these traditions and professions,” he added.

“These mystics and these fortunetellers, they have very, very interesting stories to tell even if some of them are farfetched, but you know the story alone is worth listening too,” said Mr. Heng, who is also a student at the Royal University of Phnom Penh’s department of media and communications.

Among those mystics is Thach Saing Sosak, Mr. Patterson’s father-in-law. Belief in his strong magical powers and arcane fortunetelling method draws a following that ranges from senior government officials to Cambodian-American soldiers deployed to Iraq.

“It’s just wild seeing he has disciples, seeing he has people who learn from him. It’s elaborate. It’s really impressive,” Mr. Valenzuela, a Phnom Penh-based journalist who handled the audio, video and photography for “Vanishing Act,” said of Mr. Saing Sosak.

“And then on the other end of things, you have some of these people working out of a small room in their house, in really modest or working poor neighborhoods…living pretty sparsely,” he added.

Meas Chanthu—another of Mr. Patterson’s in-laws—was so taxed by acting as a medium for the spirit of a deceased Buddhist monk that she made a deal to be relieved of the burden. She now gives the spirit an annual offering of $500 and fasts on holy days in order to be left alone, only allowing the spirit to enter her body to help friends and family members.

Seim Chantha, a medium in Kandal province who is also profiled in the book, said he was chosen to be a host for spirits, in part, because he is a reincarnation of King Jayavarman VII. One of the spirits he hosts (there are seven) is known to eat fire in its efforts to fight “bad spirits.”

“Is it real? Is it fake? That’s beside the point…. My central aim is simple: I want to show the rest of the world that these supremely interesting, spiritually diverse people exist, and want other people to see these folks through my eyes, through a lens of respect,” Mr. Patterson said.

But is Cambodia’s class of spiritualists “vanishing?”

Mr. Patterson says he doesn’t believe they will disappear in the immediate future, but it is difficult to deny the societal shifts occurring around the country.

“They’re not Irawaddy [sic] dolphins or Siamese crocodiles,” he said, referring to the country’s mystics.
“[T]hey’re still around, for now. Cambodia’s supernatural traditions have survived for hundreds, if not thousands of years, and they won’t disappear overnight,” he said.

“But if these traditions aren’t slowly being supplanted by modernity, then they are at least changing to adapt to a world of Facebook and iPhones, and it’s in our best interest to remember them.”

“Vanishing Act” will be released on March 8. 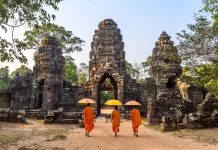 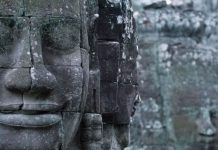 By
Irish Examiner
-
January 25, 2022
0
A Dublin man who shared his recent experience in a Cambodian Covid camp says he does not regret speaking out and exposing the camp’s dire conditions.