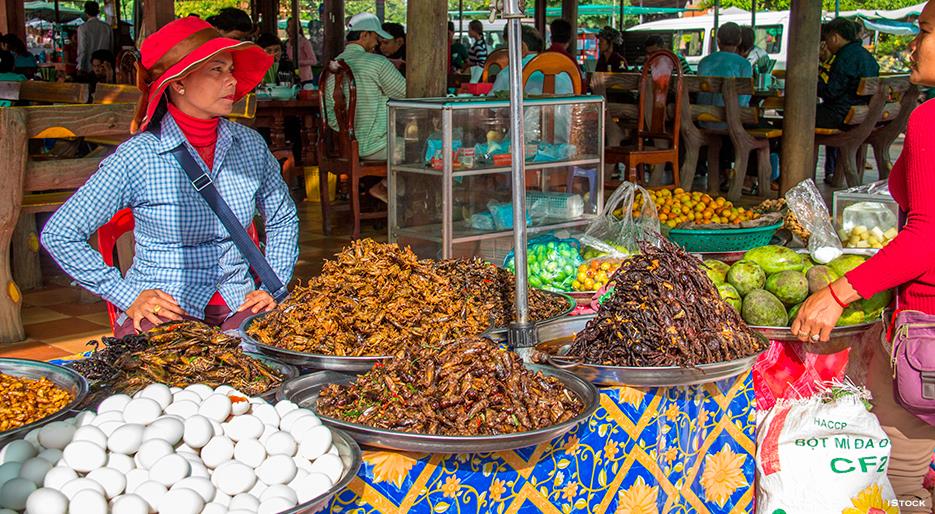 Cambodia insects bites: what do the weirdest and most popular edible insects eaten in Cambodia taste like? Make this (not always) delicious trip with us!

My initiation into entomophagy – the eating of insects – was the first step in disengagement from the habits of a lifetime, the system of taste that holds a human being together from childhood. This is different for Europeans, and indeed, most Westerners, compared to those who grew up in Asia and areas in which the consumption of insects is a sustainable, straightforward superfood. I was raised on Cadbury’s chocolate and crumpets; so the idea of eating insects was as far from my culinary leanings as possible.

Later in life, while living in Southeast Asia, I sampled a little more, followed by fully indulging myself in a creepy-crawly diet – outside of drunken dares. Food in the region is a contrasting flavour-wheel, zipping across sweet, sour, bitter, spicy… raw and cooked.