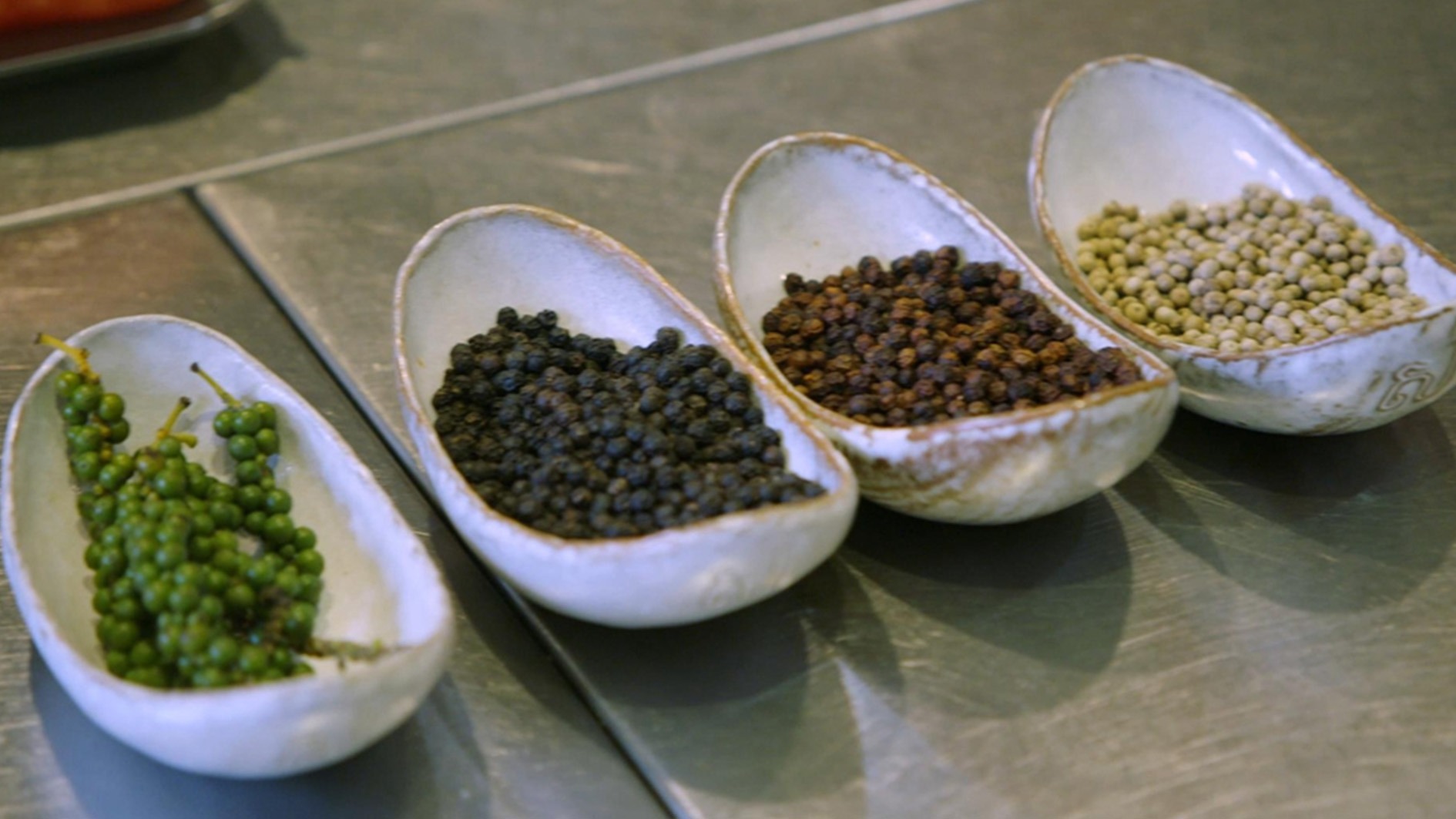 A kick of Kampot pepper

Cambodian cuisine is often overlooked internationally, but there is one unique Cambodian flavor leaving its mark around the world – Kampot pepper.

Cambodian cuisine shares many characteristics with that of its neighboring countries, which have intertwined histories, comparable climates and similar agricultural produce. Unfortunately, Cambodian cuisine does not have the same international exposure as Thai, Chinese or Vietnamese food, which are favorite takeaway and dine-in options in Europe, the U.S. and further afield.

When the Khmer Rouge took power in 1975, the country plunged into a tumultuous four-year period where food was scarce and land was re-purposed almost exclusively to produce rice. Unfortunately, this meant that much of the country’s rich food culture was lost. The country also fell behind its neighbors in exporting its culinary dishes with no Cambodian food curriculum and few Cambodians able to travel abroad.