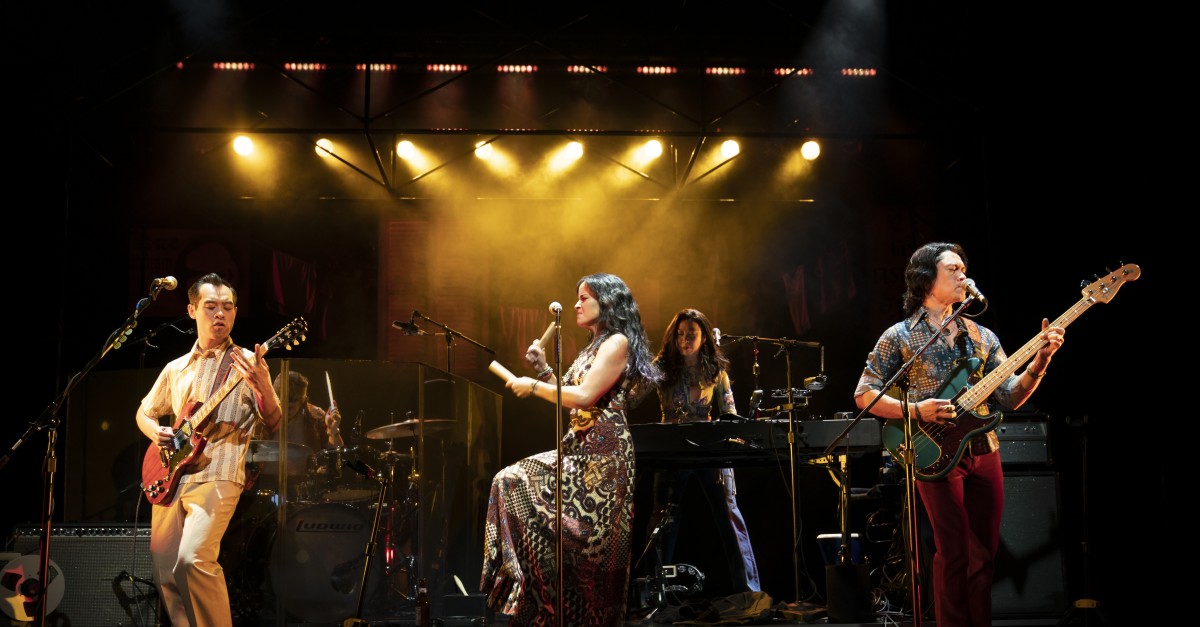 An original cast recording for the Off-Broadway production of Cambodian Rock Band will be released in May. Lauren Yee’s play, with music by the band Dengue Fever, played the Signature Theatre earlier this year (the twice-extended run was cut short by 10 days due to the shutdown of theatres following the coronavirus outbreak).

The Cambodian Rock Band cast album is from Yellow Sound Label and will drop May 8. The album is produced by Michael Croiter and Matthias Winter, and will be available on Amazon, iTunes, Spotify, and wherever music is sold.

Directed by Chay Yew, Cambodian Rock Band ran at the Signature Theatre (where Yee is a resident playwright) February 4–March 12 (the run had been extended through March 22).