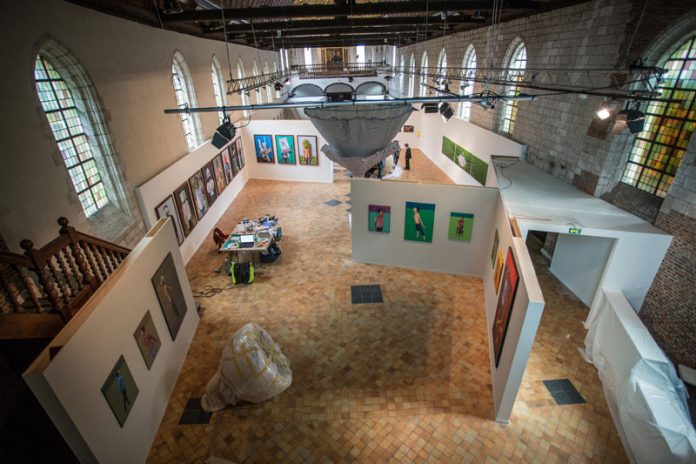 Around the 15th century, a wind of change swept over Europe as artists and scientists sought to replace outdated concepts and beliefs with new approaches. This led to the era known as the Renaissance—or rebirth.

Organizers of the Lille 3000 cultural program in northern France are convinced that a similar wind has been blowing over the world since the turn of the 21th century. For this reason, they named their four-month event “Renaissance.” It opens on Saturday in Lille.

Meant to showcase the vitality of art and design in cities throughout the world, the idea of featuring Phnom Penh’s art scene was far from obvious to them when Christian Caujolle first suggested it.

But Mr. Caujolle—the French photo editor and exhibition curator who has run the Photo Phnom Penh festival since 2008—was determined to make a case for the city.

As Didier Fusillier, Renaissance’s artistic director, explained in an email, Phnom Penh was selected “for its youth and dynamism. [This city] remains somewhat little known, but its development fascinates us.”

Phnom Penh is featured in the festival alongside Seoul, Rio de Janeiro, Detroit and Eindhoven in the Netherlands.

The Phnom Penh pavilion, which includes the work of 20 artists and designers, was assigned an ideal venue, Mr. Caujolle said by telephone from Europe. The Musee de l’Hospice Comtesse is a 17th century building in Lille’s old quarter, the most visited part of the city.

But because it is a historical building that cannot be altered, he said, “We could not plant a nail, we could not hang up anything. Therefore setting up was very long and arduous. Still, it’s a magnificent venue.”

For most people in Europe, Cambodia continues to be associated with the Khmer Rouge; it is seen as a developing country that has yet to emerge from decades of war and conflict.

With this in mind, Mr. Caujolle set himself an ambitious goal as curator of the Phnom Penh pavilion. “I wanted, first of all, a great variety to show that, in every arts sector, there were important artists, and also show that there definitely were works of international standard,” he said.

Visitors will discover a large rattan sculpture of the Buddha by Sopheap Pich in the building’s former chapel, rattan chairs and benches by Em Riem in the main exhibition hall, and more than 15 years’ worth of work by painter Leang Seckon—three artists firmly established in the international art scene.

“I also wanted to have the three generations of artists represented,” Mr. Caujolle said. This meant artists such as Mak Remissa, a photographer still haunted by what he lived through as a child during the Pol Pot era; painter Chov Theanly, who grew up in the 1980s while the country was embroiled in a conflict bordering on civil war; and those born after the 1991 Paris Peace Agreements.

“This young generation has not forgotten [the tragedy of the previous two decades], but they are more open to the outside world,” Mr. Caujolle said. “This youngest generation as well as some from the generation born after Pol Pot raise squarely…the issue of the future and prospects for Cambodia in view of how it is today.”

The show also includes two graffiti artists, Kimchean Koy and David Myers, who will paint a wall outside the exhibition hall.

Sculptor Mang Sareth, who created stage sets for Rithy Panh’s award-winning film “The Missing Picture” will visit the Phnom Penh pavilion and recreate a few of the sets. There are also plans for circus artists from the Battambang-based Phare Ponleu Selpak to stage a show in January.

What does Mr. Caujolle hope to accomplish?

“The first goal is obviously that the public, but also the professionals, that is, critics, museum staff, exhibition curators, become aware of outstanding artists of whom they know nothing,” he said.

“The second goal is that the [European] public, through issues raised by these artists, becomes more curious about Cambodia…that people get an understanding of this contemporary Cambodia, which is questioning itself on universal issues: The questions those artists are raising,” he said.

Finally, Mr. Caujolle said, “I would like people to understand that…unlike what we unfortunately see more and more on the international arts stage where people create for a market, these artists simply have a profound need to express themselves…and have found their own voice.”