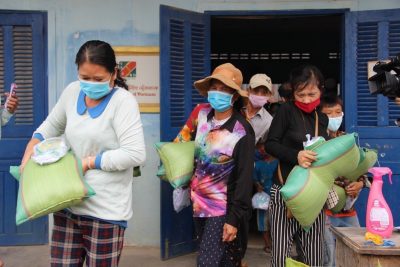 The COVID-19 pandemic is a crisis like no other. It has disrupted social and economic activities worldwide — causing a global recession and government defaults among developing nations. Countries in Southeast Asia are being severely impacted. In Cambodia, when the first confirmed case of COVID-19 was reported in late January, the disease became a major social, political and economic risk. As of 8 May, there have been 122 reported cases. The daily infection count has slowed since the beginning of April. It appears that the curve has flattened. But is it for good?

A crisis can make or break a leader. Faced with a pandemic crisis, the government’s ability to respond quickly and effectively to emerging social risks, political challenges and economic difficulties is being assessed.

After the government approved the draft of the Law in the State of Emergency on 31 March, the National Assembly approved it on 9 April. The draft was reviewed by the Senate and approved on 17 April. But is it necessary for Cambodia to have such a law?