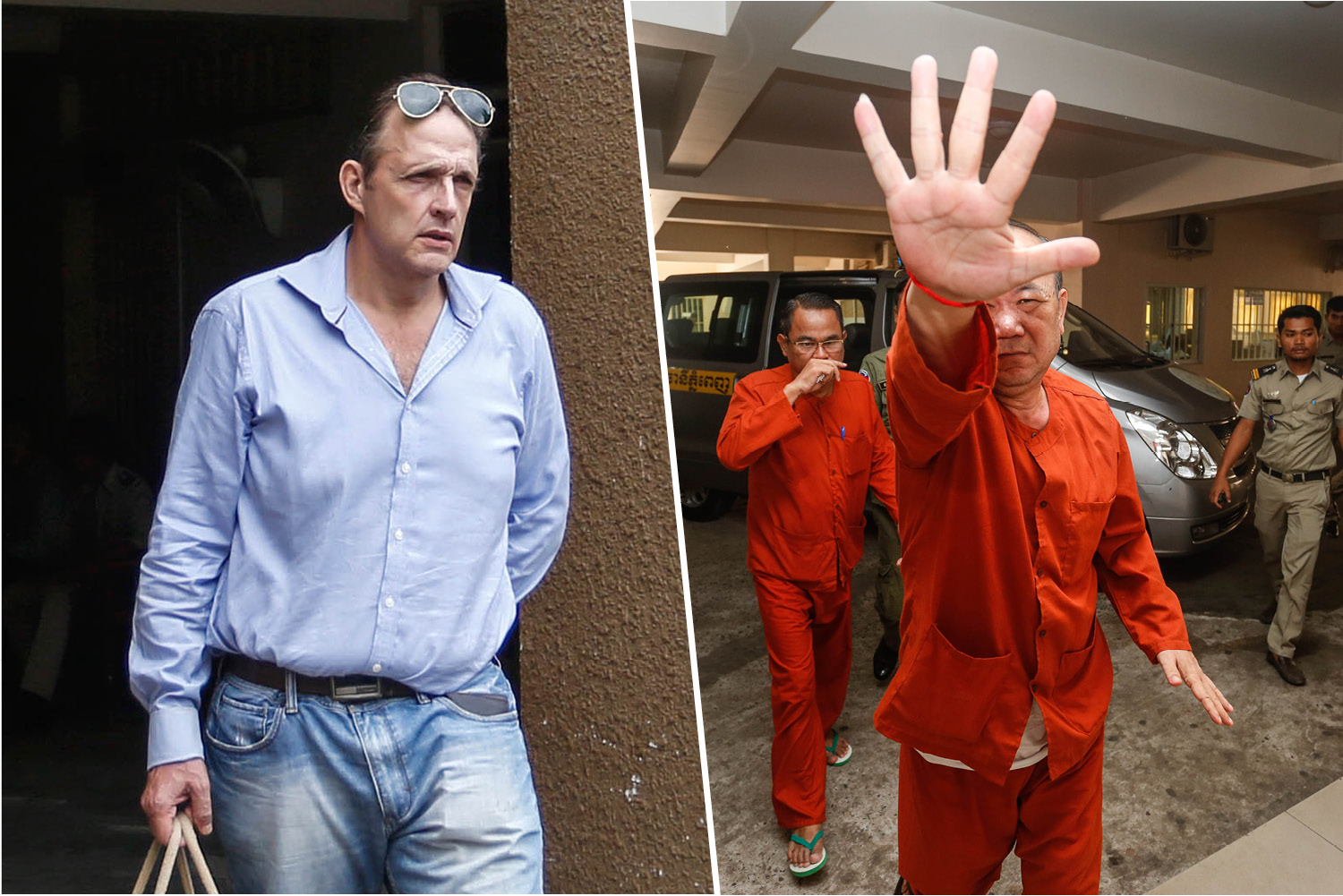 In a dark, dank corridor in Phnom Penh’s PJ prison, Soeun Denny and Um Sam Ang—two Cambodian-Americans who have shared a 4-by-6 meter cell with six other inmates for the past four years—sat side by side, sipping cans of Coke Zero and wearing identical orange uniforms.

That Cambodia’s prisons are overcrowded, underfunded and beset by corruption is no secret, but the frustration of life behind bars is hard to grasp until one is an inmate. Fluorescent lights stay on through the night, turning off from only 6:30 a.m. to 11 a.m. Guards demand money for favors, snatch cigarettes and break them in half, and send prisoners to a “punish room” if they misbehave.

“It’s like a five-star hotel,” Mr. Sam Ang said with a chuckle, “in that you have to pay for everything.” The overall state of the place is a disgrace, he added. “It’s the government’s secret. They don’t want anyone to know what it’s like here.”

The pair were convicted late last month, along with Cambodian Ouk Keo Ratanak and British businessman Gregg Fryett, for crimes committed as they went about planning an industrial jatropha plantation that they expected to yield biofuel. All four were arrested in 2013 on charges of falsifying documents to purchase land in Banteay Meanchey province, defrauding farmers and illegally clearing land.

Over the ensuing years, after having their case sent to the Phnom Penh Municipal Court by a judge who is now in prison for an unrelated corruption conviction, they would appear in court more than 100 times in one of the longest trials Cambodia’s courts have ever seen.

While they all claim to be victims of a broken court system, the men are living in alternate universes. 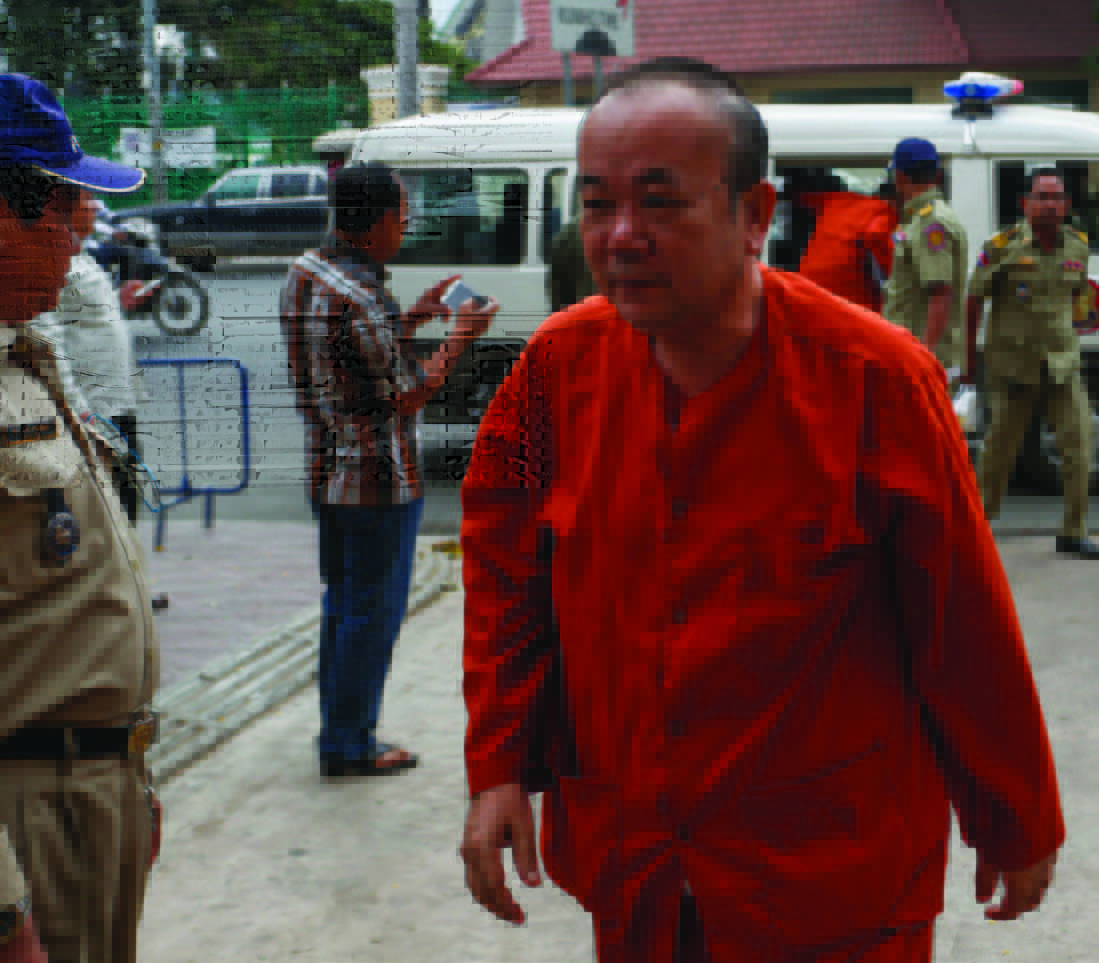 “I refuse to wear the uniform,” he said as he sat down.

Guards were easy-going, letting him use the entire two hours of the day’s visitor quota—rather than the usual 15 minutes afforded to each prisoner. He said he is treated well, suggesting that guards understood that he shouldn’t be there.

Mr. Fryett doesn’t get many visitors. He has dissuaded his family—including his children in the U.K.—from visiting out of concern for their well-being.

He emphasized that although “prison’s prison,” his life wasn’t so bad. “It’s not the prison that’s the problem—I’ve got nothing against the prison—it’s the courts,” he said. Prey Sar, he added, had made vast improvements since he was first detained, and he considered himself lucky.

The businessman has been keeping busy. When he is not in court, he is researching and building cases against those who prosecuted him, including a case he plans to send to the International Criminal Court. He has worked on an agriculture project in the prison, and helped increase productivity at a factory where inmates make and repair parts for the prison, such as metal coils.

For relaxation, he watches a personal television in his cellblock, enjoying some of the prison upgrades Prey Sar offers, such as free clean drinking water—a luxury not afforded to Mr. Sam Ang and Mr. Denny on the other side of the city.

Shut off from the outside world with no access to the internet, newspapers or books, the pair said they have become avid viewers of the U.S. news channel CNN, which airs on their cell’s communal cable television.

Getting caught with a mobile phone could mean spending a few days in the “punish room,” Mr. Sam Ang said. Though he had not experienced it himself, he said he had heard stories of up to 15 prisoners at a time being crammed into the cupboard-like room, with barely any ventilation and no toilet, and being released once a day for a shower.

The pair said they are allowed outside for an hour a day to exercise. Apart from that, their lives are defined by spare time.

Mr. Ratanak, who is being detained at PJ prison with Mr. Sam Ang and Mr. Denny, sought to distance himself from the others last year. Mr. Ratanak’s lawyer, Suy Sokhon, evaded questions about his client’s welfare, stating only that he would “100 percent” appeal the verdict.

“We have one law for all, but when they get locked up, we separate them,” he said. 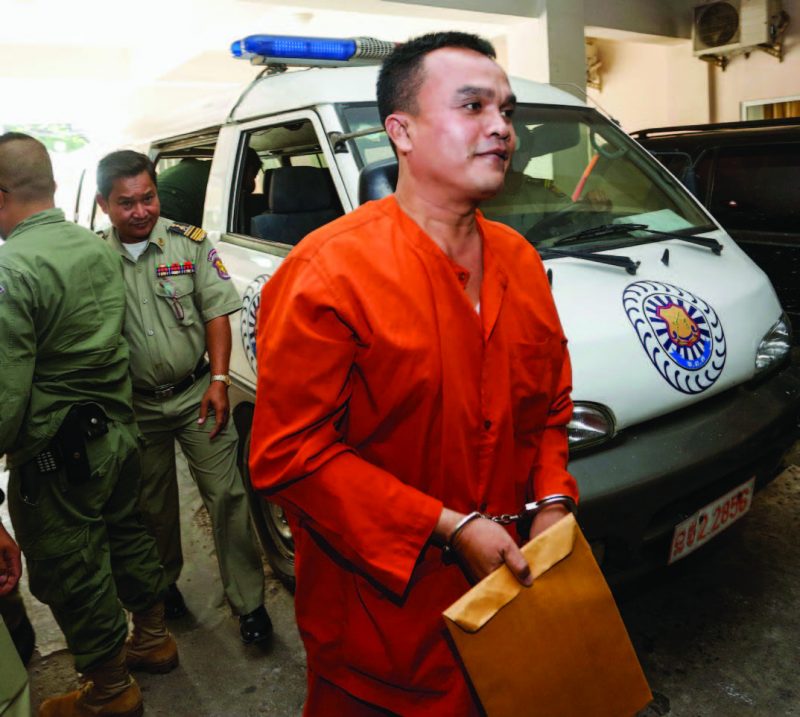 Though all insist on their innocence, Mr. Sam Ang said the arrest, detention and conviction of Mr. Denny, who had only worked for IGE for a few months as a machine operator, made the least sense

Mr. Denny was in charge of fixing a road around the plantation at the time of their 2013 arrests at the Anti-Corruption Unit headquarters. The pair went along to help translate for Mr. Fryett, who wanted the return of his recently seized equipment, and were arrested, they said.

“Denny should not be here,” Mr. Sam Ang said, adding that he believed Mr. Denny was arrested to put additional pressure on the group to cough up a bribe.

Mr. Sam Ang’s Phnom Penh-based family regularly visits the prison with meat and cash, some of which goes to Mr. Denny. “He is totally dependent on me,” Mr. Sam Ang said, explaining that without the gifts from his family, they both would have only prison food—flavorless rice and soup, day in, day out.

Mr. Denny mostly let Mr. Sam Ang do the talking, hesitating to answer questions during most of the interview and at times appearing on the brink of tears. “What can you do?” he said at one point. “If they had followed the law and Constitution, I wouldn’t be here.”

Like Mr. Fryett, Mr. Denny told his Battambang-based family to steer clear, while his 23-year-old daughter, who lives in the U.S., visited for the first time in June.

Mr. Fryett, who made just about every legal move imaginable to get the case thrown out during the trial, is now unsure whether it’s worth appealing the verdict. He “has a lot of work to do,” he says, and he is perfectly capable of doing it from behind bars.

He claims he has been offered his freedom—in return for a varying sums of up to $3 million—but said he does not have the resources to pursue a deal.

“I don’t have any money. If I did, I probably would have just paid the bribe and be done with it,” he said. “I’ve learned it’s better to be a criminal than do things by the book. Isn’t that sad?”

A guard outside the prison had a different understanding of the current finances of the man who claims to have lost $11 million on his failed ventures in Cambodia. From Bangkok to Bali to Da Nang, foreign tourists are returning...