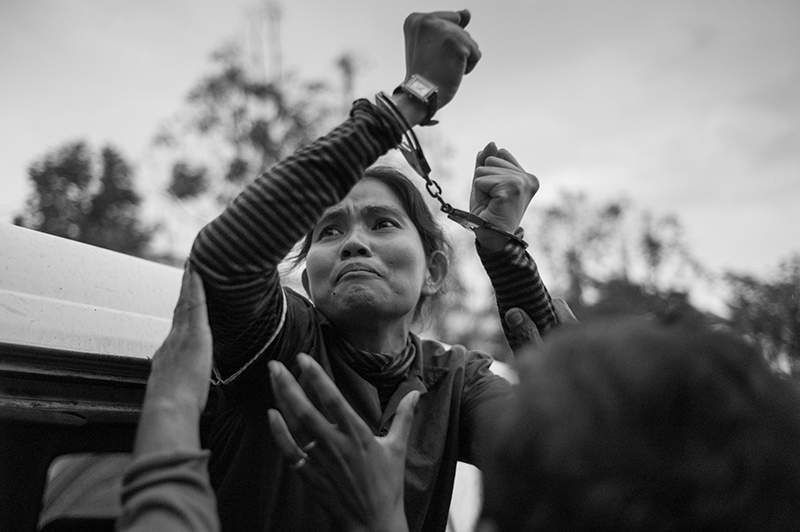 It started with me scrambling to replace a colleague who had to forsake a rare visa to Cambodia in 1989, and it ended with a stay of 16 years and a few months, time enough to see some profound changes in a country that was still reeling from the radical structural and mental devastation the brutal Khmer Rouge regime had left behind.

The pace of reconstruction and development, from when I returned in 2000 until my 2016 departure, would be remarkable, and I witnessed first-hand the mechanisms of such a fast development.

Mistakes made over the course of half a century in the West in order to develop and prosper were made in a 10-year period in Cambodia. Establishing a functioning democracy would take much more than the $1.6 billion spent by the U.N. during the time of the United Nations Transitional Authority in Cambodia in 1991.

If it indeed managed to organize elections in 1993, it later goofed heavily under pressure from Hun Sen, the Cambodian People’s Party’s candidate for prime minister, by naming two prime ministers. Prince Norodom Ranariddh’s Funcinpec had won more votes than the CPP (45.5 percent to 38.2 percent), but suddenly Hun Sen was sharing power with him. The seeds were sown for mayhem.

All this was exactly why I stayed so long. I had a hunch it would be worthwhile to stay and work in-depth.

Little did I know that the prime minister I photographed in 1989 during the Day of Hatred ceremony at the killing fields of Choeung Ek would still be at the helm of the country in 2016. On that blazing hot day at the foot of the memorial stupa, containing the bones of those killed after being sent to the Khmer Rouge’s S-21 interrogation center, Mr. Hun Sen, like all the other officials—the core of the network he would rely on to stay in power for the next decades—was modestly dressed with dark trousers and a white shirt wrapping his still slim body when distributing rice to the monks. His frog-like glasses only partially concealed the scar on his left eyebrow and the fixed stare of his glass eye, a reminder of his years spent as a Khmer Rouge soldier before defecting and, with the help of neighboring Vietnam, pushing back his former comrades to a few pockets of safe havens at the borders while taking the reins of power in his hands.

Since 1997, when Mr. Hun Sen took power during factional fighting, Cambodia has seen its share of political struggles: a series of elections tainted with irregularities, assassinations of union leaders or political opponents, and the implementation, by a judicial system that has difficulty demonstrating any kind of independence from the executive, of a number of laws sufficiently vague to send critics to jail for defamation or other trivialities. Through it all, Samdech Akka Moha Sena Padei Techo Hun Sen (Lord Prime Minister, Supreme Military Commander Hun Sen) has maintained a strong grip on power.

According to a recently released report by Global Witness, which relied on information readily available on the Commerce Ministry website until it was scrubbed this month, Mr. Hun Sen’s family has a sprawling network of links to businesses worth at least $200 million, which the group called the “tip of the iceberg.” This did not come as a big surprise to me. Cambodia was ranked 150 out of 168 countries on a 2015 corruption perception index by Transparency International.

The first time since 1997 that Mr. Hun Sen’s autocratic reign came under threat was during the 2013 elections. The opposition CNRP, headed by Sam Rainsy and Kem Sokha, won 44.46 percent of the votes to 48.33 percent for the CPP. The results were challenged by the opposition, which accused the ruling party of having organized fraud, and a monthslong arm-wrestling match started, with the CNRP refusing to occupy the 55 seats (out of 123) to which it was entitled. For days on end, demonstrations and sit-ins were staged by the opposition, garment factory workers went on strike demanding better pay and conditions, and pressure from the street gained ground.

The momentum for change came to a brutal end in early January of that year. The army fired on striking workers, killing several demonstrators. “Freedom Park,” the location for a quasi-permanent public forum organized by the opposition, was forcefully evacuated and sealed off. Over the next three years, an iron fist hammered down any public dissent and the biased judicial system used the law to imprison members of the opposition, human rights workers, parliamentarians and eco-activists.

Mr. Rainsy was forced to go on self-imposed exile last year, and Mr. Sokha was forced to seek refuge at the CNRP headquarters in May out of fear of being arrested for skipping court summons over an alleged infidelity. The “culture of dialogue” negotiated between the two main parties to end the stalemate after the elections turned into a memory from a distant past.

Strangely enough, during the 18 months after the 2013 elections, during which I covered more than 200 demonstrations, my colleagues and I were never prevented from working—from documenting the turmoil, the brutality, the deception, the fear, the anger, the hopes. It is only recently, only a few days before the July 10 assassination of Kem Ley, an outspoken political analyst, critical of both sides, that some of my foreign colleagues and I started to feel that we were becoming a potential target for authorities.

The tens of thousands of people who followed the funeral procession of Kem Ley two weeks after his assassination clearly show that this regime, based on corruption and repression, overseen by ruthlessly brutal thugs or by biased courts in the name of law, on fear and on greed, does not resonate favorably, to say the least, with a very large proportion of the population. Cambodia is definitely reaching a crossroads.

I was asked to add some personal reflections on my years in Cambodia, now that I am leaving. It’s not something I feel really comfortable with because I still believe that photojournalism is about the message, not the messenger. However, I can say this: If Belgium gave me life, Cambodia made me understand it better because of its incredible generosity to this photographer. It may have taught me about greed and arrogance, but it mainly taught me about resilience, about the power of resistance, about courage.

I cannot believe that all those who stood up will not soon be rewarded with a life that will be more just and peaceful to them.

“Hearths of Resistance,” John Vink’s account of social and political turmoil during the 18 months after Cambodia’s 2013 legislative elections, is available as an ebook on iTunes.