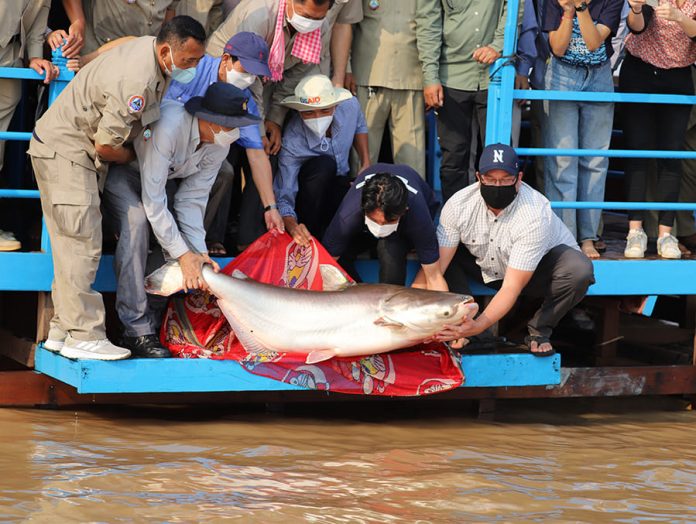 It’s the hot season in Cambodia; ideal for releasing some of the world’s largest most endangered freshwater fish into the Tonle Sap lake, the largest freshwater lake in Southeast Asia and one of the richest inland fishing grounds in the world.

“Out in the middle of the lake, you can barely see land; the sky and the lake blend together and it can be hard to see the horizon,” Zeb Hogan, fish biologist from the College of Science’s Department of Biology and a member of the University’s Global Water Center, said.

Working to save some of the world’s most critically endangered fish, an international team of scientists and fisheries professionals led by Hogan released as many as 1,500 of several iconic fish species into a fish reserve in the Tonle Sap, Southeast Asia’s Great Lake, which is connected to the Mekong River.