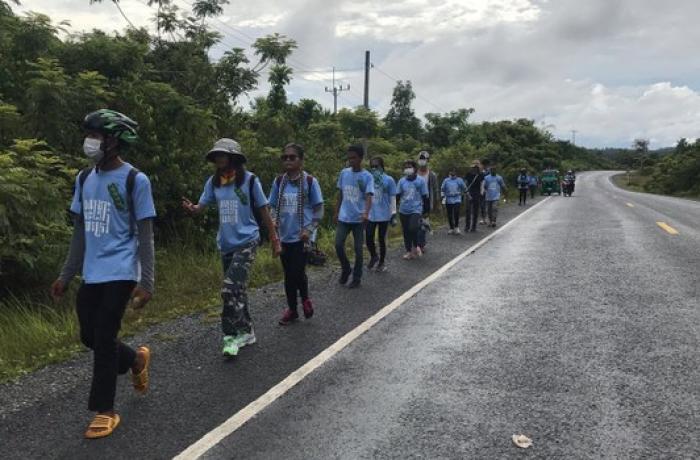 About twenty "Mother Nature" activists organized a bike ride from the island of Koh Kong to Phnom Penh. The goal was to deliver a petition to Prime Minister Hun Sen. The police stopped them, seized the bycyles and T- shirts with their logo. For the authorities, the march risked creating a Covid-19 outbreak.

On the eve of the World Environment Day 2020, which was celebrated yesterday across the planet, a group of Cambodian activists risked being arrested for promoting a campaign to protect nature.

With the aim of raising the government’s awareness of the protection of the natural habitat of the island of Koh Kong – in the province of the same name, characterized by crystal clear waters and a sandy bottomed sea – some young people organized a bike ride; however, the group suspended the project following attacks and threats of arrest from local authorities.

According to reports from Radio Free Asia (Rfa), the police of Koh Kong interrupted the path of the 21 activists of the movement “Mother nature” when they were in the district of Trapaing Roung, threatening them with arrest. The group had covered only 60 km of the long journey that separates the area, in the southwest of the country, from the capital Phnom Penh. The detention took place on the evening of 4 June, after only one day of completed travel.