Home Environment Will Cambodia Commit to Protecting Its Forests?

The U.N. Climate Change Conference just concluded in Glasgow. As one of the conference’s achievements, as of November 1o, 138 countries had signed on to a pact that would commit them to ending and reversing forest lost and land degradation by 2030. Yet some key Southeast Asian countries — Cambodia, Laos, Myanmar, and Thailand — have declined to join the list, even though this region is home to about 15 percent of the world’s tropical forests.

It appears that these countries still have not signed the declaration, which means they are not ready to pledge to zero deforestation and land degradation, reduce vulnerability, and incentivize sustainable agriculture.

Over the past two decades, Cambodia has lost 28 percent of its tree cover — equivalent to 2.46 million hectares, according to the Global Forest Watch dataset. The annual rate of wood loss expanded by almost 300 percent during the same period. This figure is a much higher percentage than larger, forested nations like Brazil and Indonesia. In the same period, the Brazilian forest has lost 12 percent of its tree cover and Indonesia has lost 10 percent. 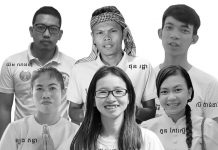 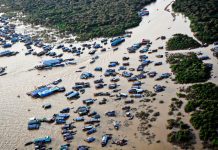 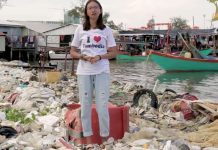