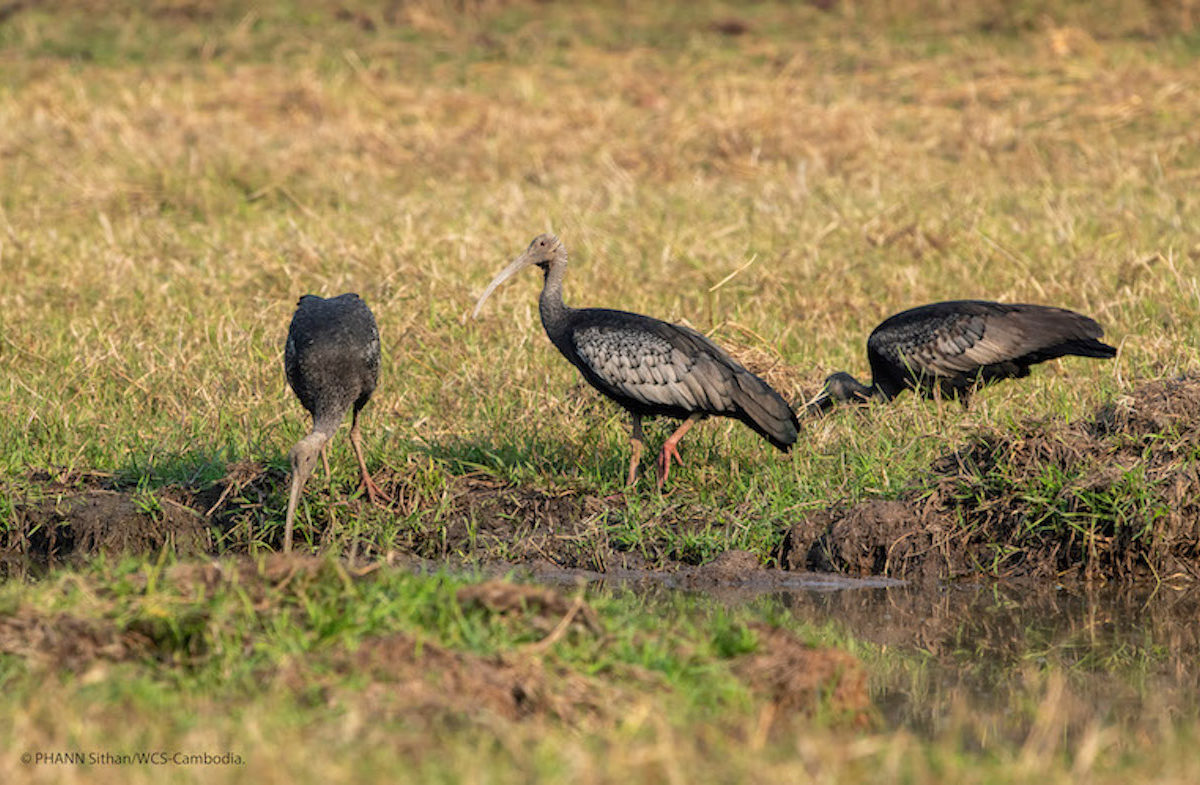 A recent poaching incident in Cambodia’s northern plains took the lives of three giant ibises, a critically endangered bird species. There’s been an upsurge in poaching, deforestation and other destructive activities in Cambodia and other Southeast Asian countries since the start of the COVID-19 crisis.

The giant Ibis, a mega-sized bird that can stand more than a meter (3 feet) tall and weigh more than 4 kilograms (9 pounds), was once thought to be extinct in Cambodia. But in 1993, scientists working with the Wildlife Conservation Society (WCS) rediscovered the birds on the border with Laos, and since then, a small, but viable, population has lived in Cambodia, with most in the country’s northern plains. The giant ibis (Thaumatibis gigantea), currently classified as a critically endangered species on the IUCN Red List, is also Cambodia’s national bird.

But two weeks ago, a poaching incident in the Chhep Wildlife Sanctuary, in Cambodia’s Preah Vihear province, took the lives of three giant ibises — equivalent to 1-2% of the global population, according to WCS.