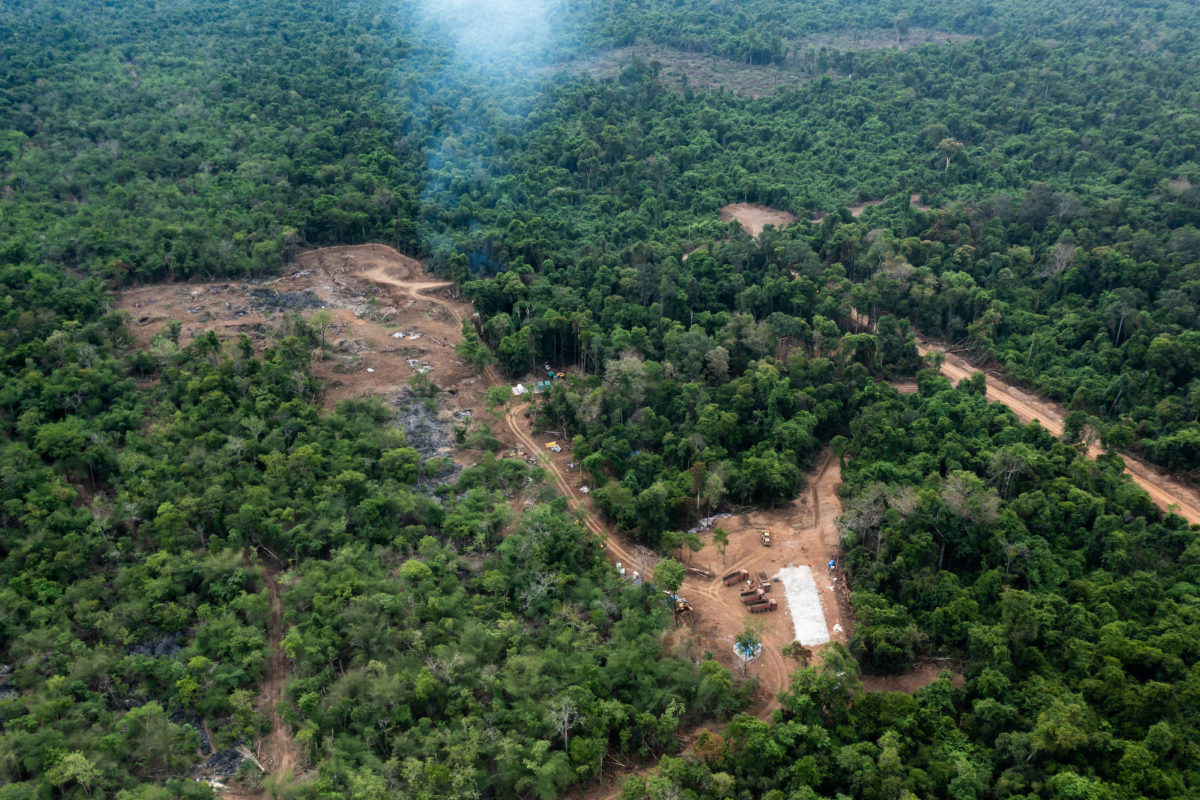 Illegal logging appears to be taking place openly inside a swath of protected forest that authorities in Cambodia have only authorized for a feasibility study for limestone mining.

The early onset of Cambodia’s wet season had seen the rain fall thick over Prey Lang Wildlife Sanctuary, turning freshly cut paths through the forest into a near-impassible slick of churned-up mud. But the torrential weather had done little to deter local loggers, who rode out of the beleaguered protected area carrying stacks of unprocessed timber on ko-yun — elongated tractors used for transporting wood.

Over several days and nights in April 2022, reporters saw a parade of ko-yun and motorbikes, all laden with a reddish timber that glinted in the rain as they passed along a road that had been recently carved through the section of Prey Lang forest that falls inside Kratie province.

The road, which satellite imagery shows expanded rapidly around March this year and continues to cut further into the forest as of May, leads to a newly approved limestone mining concession within the boundaries of the protected area. This appears to have opened up new access points for locals, many of whom have seen their livelihoods reduced to illegal logging.

Previous articleCambodia’s microloan sector under scrutiny as poor drown in debt
Next articleCambodia is set to hold elections, a litmus test for the state of democracy (video)