Previously secretary of state at the Foreign Affairs Ministry for the Cambodian government, Pou Sothirak is executive director of the Cambodian Institute for Cooperation and Peace. He is a tireless campaigner for the ecology and communities of the Lower Mekong and particularly Tonle Sap, Southeast Asia’s largest lake and one of the most productive inland fisheries on the planet. Pou Sothirak spoke with The Third Pole about the future of Cambodia on the dammed Mekong.

Tonle Sap has been drastically affected by the changing Mekong. However, the Mekong River Commission (MRC), an entirely advisory body, has offered seemingly no resistance to large dam projects. How can downstream countries protect against further developments?

Although the MRC has been relatively successful at generating knowledge and developing a set of useful rules and guidelines to promote the reasonable and equitable use of the Mekong River system, when it comes to large dam projects, the MRC has little or no success in finding consensus on important decisions. Member states prefer to “agree to disagree” when it comes to prior consultations on dams, such as the Xayaburi and Don Sahong dams in Laos. 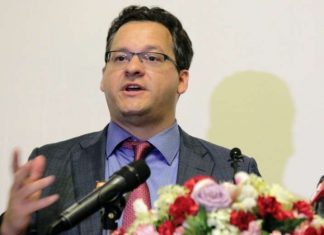 By
UCA News
-
January 22, 2022
0
A United States lawyer representing Theary Seng, a high-profile political activist on trial for treason in Phnom Penh, has been barred from entering Cambodia.