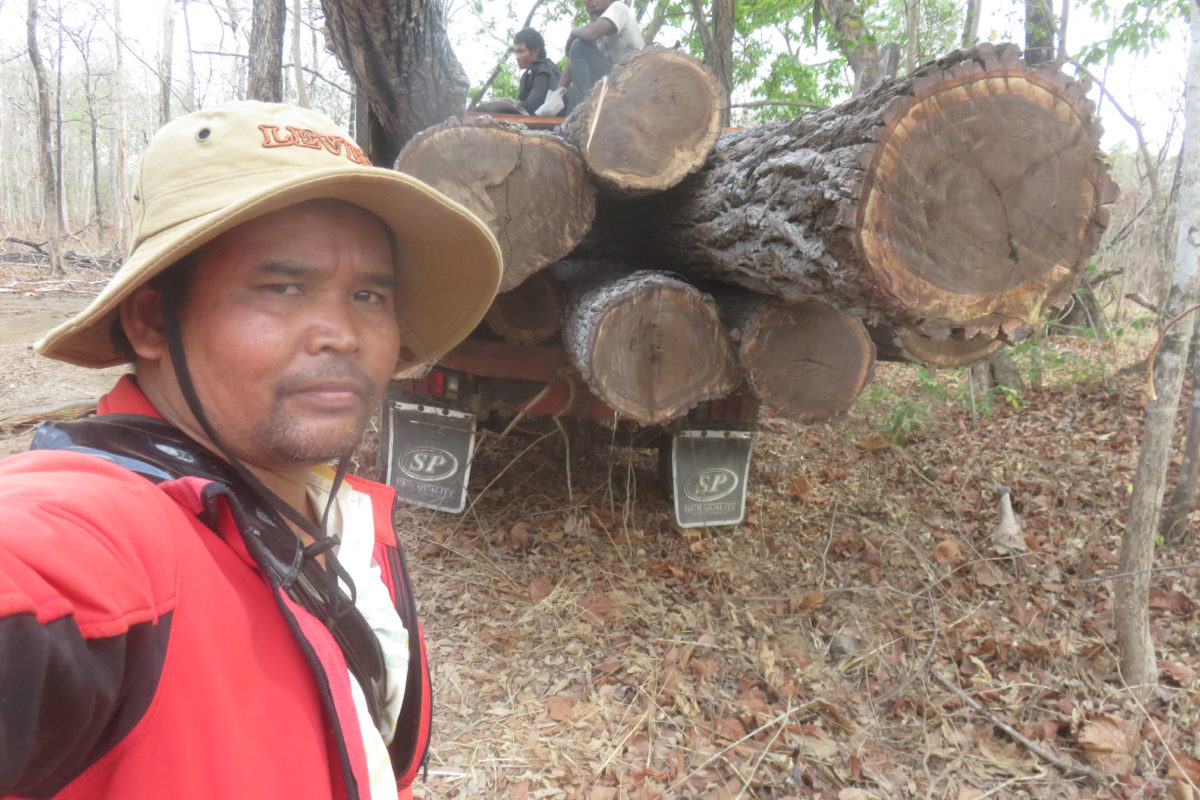 Leading Cambodian forest defender Ouch Leng and three others were arrested in mid-March and questioned after a South Korean company they accuse of illegal logging filed a complaint with the police.

Four Cambodian forest defenders were arrested and questioned by a provincial court earlier this month on allegations that they trespassed on the grounds of a South Korean-owned company, Think Biotech, that they say has been plundering resources from the Prey Lang forest area.

The activists, who have since been released from police custody, said they were beaten by the company’s private security guards outside a sawmill in Kratie province, east of the capital, Phnom Penh. Prey Lang forest spans four provinces, but its designated protected wildlife area remains at risk from illegal logging.

Among the activists is Ouch Leng, founder of the Cambodian Human Rights Task Force and 2016 recipient of the Asian portion of the Goldman Environmental Prize for his undercover work exposing corruption and illegal logging.